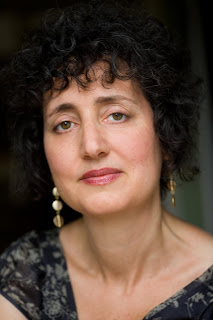 Sharon Kirsch is the author of the new book The Smallest Objective, which focuses on her family history. She lives in Toronto.

Q: Why did you decide to write The Smallest Objective, and how long did it take you to write the book?

A: I’m not sure there was a single moment when I decided to write this memoir. Instead, the need to write about my mother’s memory loss, as well as evidence of past family members and forgotten objects I discovered in her house, seemed to impose itself upon me.

Each time I returned by train from Montreal to Toronto after a visit to my mother, I felt compelled to take extensive notes. These eventually became a starting point for the book, having somewhat established a voice and tone for the experiences I wanted to reimagine.

“Treasure,” the first chapter, was originally conceived as a freestanding narrative about the search for a treasure my father claimed to have buried in the family home—a search that ended up involving a team of archeologists and a master carpenter.

As I was sorting through objects in my mother’s house after having placed her in assisted living, I came to realize that the theme of treasure and its many meanings was asserting itself time and again and could be explored in more depth.

I wrote the book over seven or eight years, with only the first chapter composed before my mother’s death.

Q: The book’s title refers to a lens in your grandfather’s microscope. Can you explain why you chose this title, and what it signifies for you?

A: Among the many remarkable and unfamiliar items that I retrieved from my parents’ basement was my paternal grandfather’s Jug Handle microscope dating from 1919/1920.

Dr. Simon Kirsch, my grandfather, taught botany at McGill University, and his microscope includes several objective lenses, the smallest of which allows for the highest degree of magnification. 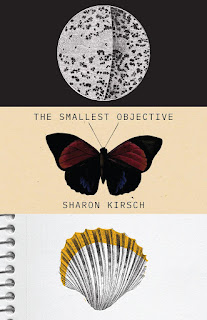 For Simon, this lens was a means of viewing plant and tree sections—especially ferns and conifers—enlarged to the cellular level. For me, the smallest objective became a metaphor for the close-up examination of lost family and forgotten objects so central to my book.

The title carries, too, a secondary meaning—the humblest quest. As the narrator of this memoir, I’m searching for so many things: buried treasure, the stories told by objects, a family’s discarded past, and perhaps, ultimately, for home, whether as a physical place or a fulfillment of identity.

Q: How much of this family history did you know as you were growing up? Did any of it particularly surprise you when you were working on the book?

A: I had minimal or no acquaintance with these family members, and I’d been told so little that most everything came as a surprise.

My paternal grandfather, for instance, died more than a decade before I was born. The basic facts about Simon’s achievements in Montreal—how he chose the site for the Jewish General Hospital and was one of the first Jewish faculty members admitted to McGill—were familiar to me.

Yet I knew nothing of his childhood in the Pale of Settlement, specifically, how the family had immigrated from Vilkomir, Lithuania, to Montreal in 1890, when Simon was just 6 years old. My grandfather’s boldness in commissioning avant-garde architecture came as another surprise.

As for Jockey Fleming, my mother’s uncle, I glimpsed him only once, and his very name was taboo in our family. Yet it’s extraordinary how little aware I was of Jockey when, throughout my childhood, he was a favorite subject for newspaper columnists.

Born Moses Rutenberg to Lithuanian immigrants, Jockey was indisputably one of mid-century Montreal’s most celebrated personalities—a prankster, a gagman at stag parties of the rich and famous, a ticket tout for the hockey play-offs and Blue Bonnets racetrack, a holder of bets, and a purveyor of information in sealed envelopes.

Journalists sometimes called him a “Runyonesque” character after the Broadway conmen, minor thieves, and marginal eccentrics brought to renown by the New York writer Damon Runyon.

Carol, Jockey’s niece and my mother’s sister, counted as another taboo in my mother’s family, though for entirely different reasons. My mother’s younger sister came of age in the late 1950s, a period of growing affluence for Montreal and of improving prospects for women and for Jews.

Daring and ambitious, Carol was a horsewoman and a water skier who graduated at the top of her class in McGill’s physiotherapy program. She therefore inspired great pride in her family yet tragically never lived to fulfill her promise.

Recovering Carol’s belongings in my parents’ house—her Sweet Sixteen Album, recipe cards, and book prize—was especially poignant because her life was so severely curtailed. My mother’s only sibling died when I was four, hardly old enough to create memories, let alone form an opinion of my young aunt.

Her story serves as a reminder of the fragility of life at a time when this is top of mind for all of us.

Q: How would you describe the relationship between you and your mother?

A: My mother and I were perhaps untypical in speaking frankly to each other—almost in an adult manner—from the time I was a young child. This led to her occasionally telling me that she didn’t know where I’d come from, so considerable were our temperamental differences and divergent life goals.

I came of age in the 1970s, to the tune of Helen Reddy’s feminist anthem “I Am Woman,” whereas my mother matured in the early 1950s. She was a woman of enormous physical and intellectual energy and would have benefited, I believe, from a life beyond the domestic. That wasn’t an obvious path, however, for a young mother and housewife married to a busy physician.

Despite our occasional conflicts, I never doubted my mother’s fierce devotion to me, nor mine to her.

That my mother was an incubator baby born during the Great Depression likely contributed to her becoming the unusually anxious person I knew.

In researching my memoir, as I learned more about my mother’s sister, Carol, and the toll her death must have exacted, I also understood better my mother’s sense of life’s precariousness.

Her overprotectiveness of me, her only child, took the form of extreme vigilance over my physical comings and goings. It wouldn’t be inaccurate to say I spent my childhood under a microscope.

At the same time, my mother was neither intellectually nor emotionally overprotective of me. I read and thought pretty well whatever I liked and was often privy to adult conversation.

Given that my precise physical whereabouts were always monitored, it became important for me to take advantage of these more imaginative freedoms. This license to roam imaginatively and intellectually may well have contributed to my becoming a writer.

A: I started writing short fiction several years ago, both because I was so much enjoying the form as a reader and because the more limited time commitment was compatible with brief interludes away from The Smallest Objective.

It’s felt like a natural progression for me insofar as my writing has always tended to the concise, plus I’m drawn to the somewhat elusive nature of the genre. Joy Williams is one of my absolute favorites.

As well, I’ve been working intermittently on a series of flash prose pieces—almost prose poems—about animals, each of which is inspired by one of my own photographs of an animal representation.

This venture allows me to imagine how the arts, scientific understanding, alchemy, and even culinary tradition shape our interactions with other species. It returns me, also, to the general subject area of my first book, What Species of Creatures, a work of creative nonfiction about first encounters between early settlers and unfamiliar “beasts.”

A: I’ve lived the majority of my adult life in Toronto, with shorter intervals in Washington, D.C., and York, England, and all three cities have become precious to me in distinct ways.

Even so, I persist in thinking of myself as a Montrealer. Part of this, I imagine, is because where we’re born and spend our formative years assumes such an important role in our personal narratives.

As a component of my research for The Smallest Objective, I read several books about memory and was interested, though not surprised, to find that as we age the periods we remember most vividly are late adolescence and early adulthood.

A second reason for my allegiance to Montreal is that it resembles nowhere else. It’s French and English and increasingly multilingual—a city of distinctive architecture, with greystone monasteries and tin church spires and multi-story rowhouses with sinuous outdoor staircases that become scary in winter.

Montreal defines itself as a city with a mountain that’s arguably an oversized hill, and it can rival Paris for croissants and New York for bagels.

As in New York, the contribution of the Jewish community is significant. In fact, I discovered while researching The Smallest Objective that in 1951, Montreal’s Jewish community was the largest in the British Commonwealth outside of London, England.

Worth noting, too, is that Montreal rated as a world centre for Yiddish culture and language in the postwar years after the influx of European Jewish refugees.