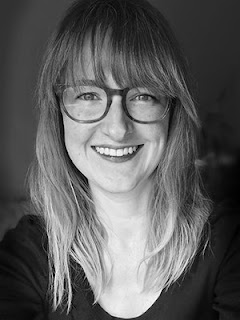 Q: Why did you decide to write a follow-up to Jabari Jumps, and how did you choose the story for this new book?

A: I was so happy there was interest in another one and was really eager to show more of Jabari's life and personality. I especially wanted his little sister, Nika, to have more of a role in this book. I have two kids and watching them work things out (or not) has definitely made its way into this story.

Originally, I thought a science fair could be fun, but wanting Nika to be more involved brought the story closer to home (rather than at school) and eventually it evolved into more of a maker/creation story.

Q: Do you usually focus on the text first or the pictures--or do you work on both simultaneously? 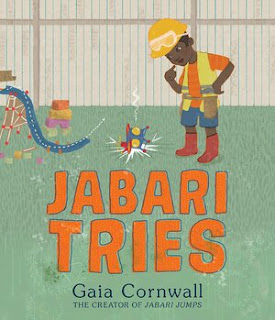 A: It's funny-- I think technically, I work more on the text first, but I also usually have at least a sense of the visual. Even if it's just a glimmer of one piece. And that usually comes first. The illustrations usually stay pretty rough until the text is more laid out though.

Q: What do you hope kids take away from Jabari Tries?

A: I think a lot of times kids feel like they're doing it wrong if they can't get something to work perfectly the first time. Or it means they're bad at XYZ.

I really wanted to tell a story that normalizes the concept of practice, and the creative process of having to do different versions of the same thing over and over again. It takes a lot of patience and perseverance. And feeling frustrated is a normal part of this.

When I talk to kids about the book, we talk about how one of the keys to success is being able to deal with that frustration and then keep going.

I hope it's also used as a way to talk about teamwork. In the beginning Jabari is reluctant to work with his little sister and is mostly worried about her getting in the way. But in the end, Nika really holds the key to the solution. Every member of a team can bring different skills to the table--there's value in different voices and experiences.

A: I've been drawing for as long as I can remember and loved looking through picture books since before I could read. Honestly, I think for a long time I was really intimidated to make my own-- I love them so much and it just felt really hard to do it right.

A: Right now I'm working on the illustrations for my next book with Candlewick, Best Bed for Me. It's about a little girl who doesn't want to go to sleep so is pretending to be different animals instead. (While her mom tries not to lose her mind. Ahem.)

I'm also in the middle of redrafting a middle grade novel, and working up some proposals for new picture books. There never feels like enough time.

A: If people are curious about the Thinkers featured in one of the illustrations, you can find more information about all of them on my website, in the "Extras" section. Each of them are incredible and could have their own picture book – maybe someone reading will make that happen!