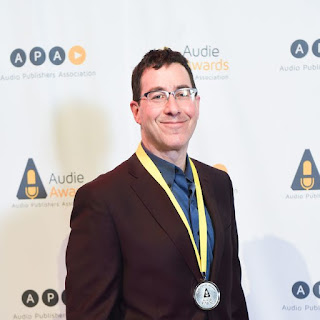 Mark Binder is the author of the novel The Groston Rules. He is a former editor of The Rhode Island Jewish Herald, and is a professional storyteller.

Q: How did you come up with the idea for The Groston Rules, and for your cast of characters?

A: After 20 years of writing primarily for children and families, I wanted to break out of my niche.

The Groston Rules is about a series of massive “fuck ups” and how the main characters deal with them and resolve them. "Team Bombshelter" is seven seniors at Ashby Bryson High School in the New England town of Groston.

Adam is the peacemaker, and a second-degree black belt. “Fat Charlie” is the overweight kid whose dad suffers a massive heart attack. Helen was born without crucial bones in her legs. Sean is the only son of divorced parents who can’t stand each other. Rover is a socially awkward computer geek. Jesús wants to be an artist, if he can ever get time away from his little siblings. Isaac is the narrator, who can’t seem to get into college to save his life.

I released the first iteration of The Groston Rules on Spotify, under the pen name of The Bark Minder Project. This identity, distanced from my safe and “kid friendly” image, allowed me to experiment and be as wrong-headed and possibly offensive as possible. I went so far as to title the audiobook The Fuck Ups. 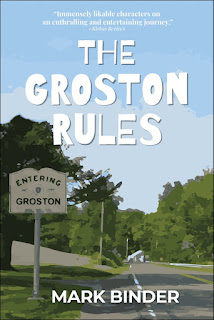 A: I don’t work from an outline. I create with what I call “intentional improvisation.” Usually, I know what I want to accomplish for a particular installment, but I’m not always sure what will come next. This keeps the material fresh and allows me to surprise myself.

And no, I didn’t know how it was going to end. I’m always amazed at the way my subconscious sets up the conclusions — though I do tweak and reinforce themes and ideas in revision.

Every week I would write and record a new installment/chapter. Because Spotify has an album-based catalog, each episode also got a new cover, which was a habit I continued even after we stopped the Spotify experiment.

I’ve found that the episodic and serialized nature ensures that the book hooks you at every opportunity. Creation over time generates layers and allows me to find depths that weren’t always obvious in the first drafts.

The first Spotify installment was released on New Year’s Eve 2018. After the first drafts of the book were completed, it began to morph. Revision always takes me longer than the first draft. For instance, was it really important for the book to begin with Chapter One, "New Year’s Eve"? Sort of.

But now, the opening “Chapter Zero - Cut to the Chase” takes the reader almost to the end of the book. And after Chapter One comes “Sidetrack – New Year’s Day with Helen”, which breaks out of the first person narrative and adds dimensions to each of the other characters. (As a narrator, Isaac isn’t all-knowing. In fact, sometimes he can be downright blind.)

The book has actually been released three times. Once in 2018 as a long audio teaser, and just after COVID hit, in May 2020 as The Fuck Ups.

As much as I loved that initial title, I found that I couldn’t actually talk about it to people without fear of alienating my old (and very young) readers. So we pulled it from production, and found the new (and final) title, The Groston Rules.

The last phase of the project, recording the complete final audiobook, is still in progress.

Q: What do you think the novel says about the world of high school seniors?

A: The short version is that high school seniors fuck up on a regular basis, but if you cut them a break, and give them enough support and time they can solve their own damn problems.

I’m in awe of the intelligence, honesty and resourcefulness that high students can muster when left to their own devices. They are resilient and inventive. They can also make massive and stupid mistakes.

One of the problems of today is that these mistakes can cripple their lives. I think that they should be given a chance to right their wrongs and forge their own paths.

A: I’ve been reading a lot of books by Jim Butcher and Kevin Hearne recently. The Harry Dresden series and the Iron Druid series are both fun.

- Recording the audio book for The Groston Rules — which is far more challenging than the short-form audiobooks I’ve done in the past;

- Writing a serialization called Are We Done Yet? about several families in Providence, R.I., during this pandemic;

- Promoting Groston and my other books and performances in an effort to make a living.

- Wait - I’ve also got a play that’s in workshop called The Race about two men vying for a job in a computerized zoomspace interview.

A: The Groston Rules was written for adults, but the publishing industry says that any book about 17- and 18-year-olds must be YA.