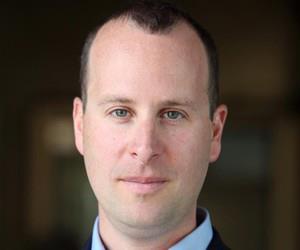 Yaakov Katz is the author of the new book Shadow Strike: Inside Israel's Secret Mission to Eliminate Syrian Nuclear Power. He is the editor-in-chief of The Jerusalem Post.

Q: Why did you decide to write about the Israeli operation in 2007 to destroy a Syrian nuclear reactor?

A: It was a story that fascinated me for years. In 2007, I was the military correspondent for The Jerusalem Post and I wrote about the mysterious bombing that took place when news reports first broke about the airstrike. No one in Israel at the time assumed that one day it would come out that the target had been a nuclear reactor being built for Syria by North Korea. The story intrigued me and led me to investigate what had really happened.

Q: Did you learn anything that particularly surprised you? 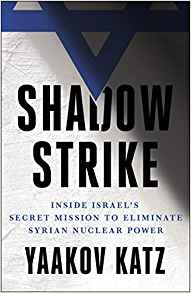 A: The level of intimacy that existed between Israel and the U.S. on this issue. There were several reports that came out over the years about the Israeli version of events but almost nothing about what had happened in America – what arguments had taken place in the Bush administration, why they occurred, who took what position and more.

In addition, seeing how the U.S.-Israel alliance withstood what could have been a crisis when Prime Minister Olmert told President Bush that it was unacceptable not to attack and that if the U.S. was not attacking, Israel would do it.

Q: You write, "The story of Syria's nuclear reactor took place more than a decade ago, but the lessons learned from it resonate more than ever..." What would you say are the key lessons from that event?

A: The first lesson is understanding what Israel’s position is when it comes to enemies that get their hands on nuclear weapons or try to build a capability. Israel stopped Iraq in 1981 and Syria in 2007. It is the only country to use force to stop another country from building a nuclear capability. This doctrine applies as well to Iran which is continuing with its own nuclear program in violation of the 2015 JCPOA deal with the world.

In addition, this book is a potential blueprint for how Israel and the U.S. will one day need to work either together or alone to stop the Iranians. While the operation itself will be different, the way decisions were made in this book is an example of how they will need to be made vis a vis Iran.

A: For now, I am considering a few ideas for a new book but am mostly focusing on my day job as editor-in-chief of The Jerusalem Post and the upcoming elections in Israel in September.