Michael Parker is the author of the new historical novel Prairie Fever. His other books include The Watery Part of the World, and his work has appeared in a variety of publications, including The Washington Post and The New York Times Magazine. He lives in Austin, Texas.

Q: How did you come up with the idea for Prairie Fever, and for your characters Lorena, Elise, and Gus?

A: My grandmother died a few weeks after I was born, so I never met her, but my mother told me stories about her. She was the only one of my grandparents not from North Carolina---she grew up in Lone Wolf, Oklahoma, where the story begins and remains for the better part of the novel.

Of the few stories I heard about her, the one that stuck with me, was how my great-grandmother used to put my grandmother and her sister atop a horse in the winter, pin blankets all the way around them to protect them from the wind and snow, pat the horse, who know the way to school, and send them out into the elements.

I thought about that image---of the two sisters, wrapped in blankets, travelling in darkness on the back of that horse the eight miles to and from school---for years before I decided to write about it.

All my novels have come from images I’ve not been able to get out of my head. I don’t begin with ideas---I begin with a vision, a snippet of movement in a landscape, and from that point comes characters, and the desires of the characters, which constitute, eventually, with much rewriting, the plot. 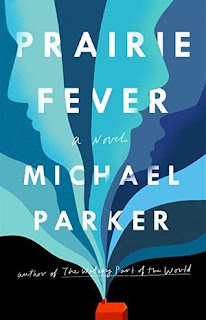 A: I tend to think of landscape as inseparable from character. It is a repository for emotion. Ideally I’d like to avoid ever writing a tag like “she felt,” or “he thought.” I’m interested in thoughts and feelings that are suggested through the things the character sees—and, through the filter of the character’s noticing, the things the reader sees.

So it’s crucial, in that respect. It’s inseparable from character, from plot. At a certain point there’s little point in distinguishing between the “elements” of fiction, because if the story’s working, they become indivisible.

A: Most of my research came from reading newspapers from that period and that part of the country. My father ran a small-town newspaper, and he died while I was writing the book, so in a way my research was a way of honoring his life’s work---which is why the newspaper becomes such an important part of the story, of the girl’s life, of the life of the community.

I think I was surprised at how well written those newspaper articles were, though I don’t know what was surprising about it, since aside from the major dailies, journalism these days is mostly syndicated wire material. Very few papers are owned by folks in the community. The writing no longer has any connection to the place—there’s no sense of idiom or regional distinction.

That’s a sad thing, and it was wonderful—and yes, surprising—to reconnect with journalism that seemed to be coming from the place, and the residents of that place, rather than from some impersonal, homogeneous space. 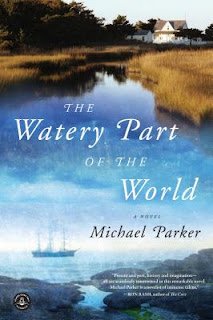 A: The most I can hope for is that my work raises or poses questions about how we live, how we love, how we relate to each other, how we fail each other, and how we sometimes, despite ourselves, find our way out the messes we make. If the novel poses a question in the reader’s mind, I feel like the book is a success.

A: I just retired after 29 years of teaching and moved full-time to Austin, where I’ve lived part time since 2010, so I’m mainly working on unpacking boxes and trying to figure out how to part with books for which I have no room.

Actually, I’ve been writing some short fiction, but stories are so much harder for me than novels—and they take longer for me to write. I’m glad to have something short to work on, though—and I welcome the intensity of story-writing, which calls for a different kind of attentiveness than writing novels.

A: Only that I thank you for your interest in my work, and wish you and your readers all the best.