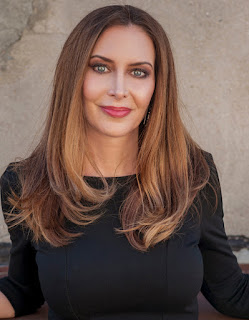 Karen Abbott is the author of the new book The Ghosts of Eden Park: The Bootleg King, the Women Who Pursued Him, and the Murder That Shocked Jazz-Age America. Her other books include Liar, Temptress, Soldier, Spy: Four Women Undercover in the Civil War. Her work has appeared in a variety of publications, including The Wall Street Journal and The Washington Post.

Q: How did you first learn about George Remus, the bootlegger who is the subject of your new book, and why did you decide to write this book?

A: I usually get my ideas from dusty old archives or libraries or out-of-print books, but the idea for The Ghosts of Eden Park actually came from television--specifically the show Boardwalk Empire, which aired on HBO for five seasons. It perfectly captured the early 1920s, when bootleggers were just figuring out how to circumvent Prohibition laws, and no one had yet heard of Al Capone.

There was a character named George Remus. He was bizarre and brilliant and spoke of himself in the third person. There was one exchange where Remus was speaking to Nucky Thompson, the character played by Steve Buscemi. They're wheeling and dealing, and things get a bit heated. The Remus character says, "Remus finds you petty and resentful." And Buscemi retorts, "Remus can go fuck himself."

Remus stole every scene he was in. I wondered if he was a real person, and indeed he was! Remus was America’s most successful bootlegger, and also a real-life inspiration for Jay Gatsby. After only one year in the business, Remus—a German immigrant who rose from poverty—owned 35 percent of all the liquor in the United States.

Then his luck turns: his wife falls in love with the same federal agent who put him in jail, sparking a love triangle that reached the highest levels of government—and that could only end in murder. It was a twisted, stranger-than-fiction tale that was far more interesting than anything portrayed on Boardwalk Empire, and I decided it was perfect fodder for a true crime thriller. 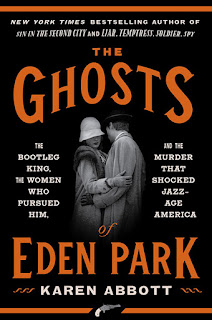 The real Remus also spoke of himself in the third person. My favorite expression: "Remus's brain exploded." You'll have to read the book to decide for yourself if a brain explosion actually occurred...

Q: How did you research the book, and did you learn anything that especially fascinated you?

A: I've never had so much fun researching a book. When I learned that Yale University's Law Library had a relevant 5,500-page transcript, I immediately traveled to New Haven and spent 10 days, from opening to closing, sitting at this gorgeous overhead scanner. I copied every page of the transcript and it became the spine of the book.

It contained all of the details that make for a cinematic narrative: characters' thoughts and conversations, what they were wearing, how they moved, how they felt, what they feared. Nearly every page was a treasure trove.

One of my favorite tidbits: Remus never wore underwear, which apparently was a cause for great alarm in the 1920s; it was the sign of an unsound mind.

It took me four months to go through the transcript, and by the time I was finished I had an 85,000-word outline (almost as long as the book itself!). I also loved the letters Remus wrote to his wife Imogene; they grew increasingly unhinged as he suspected her affair with Prohibition Agent Franklin Dodge.

An excerpt from one of my favorites:

My only wife, how is it that you are a monkey, you are a centipede, you are a gem, you are a jewel, you are a combination of all the aforesaid in one; if I but had you this very moment I would demonstrate all of the foregoing with a real vigor and vim unexcelled. How about it?... I would judiciously obey all of your injunctions and restrictions with an obedience that is alarming even unto you.

Q: The book begins with quotes from The Great Gatsby and Othello. Why did you select these quotes?

A: Remus's story is so Gatsby-esque, and I wanted to make that connection from the start; it informs the book. I don't know if you noticed, but the titles of the book's three sections also come from The Great Gatsby. There are apocryphal tales about Remus and F. Scott Fitzgerald meeting when the latter was stationed in Louisville, but there is no hard evidence to support them. 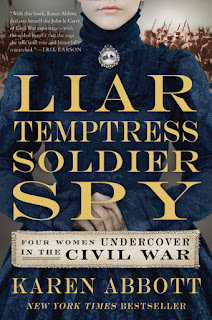 But by the time Fitzgerald began writing Gatsby, the entire world knew of George Remus, and the parallels between the novel's eponymous protagonist and the bootlegger are conspicuous.

Like Remus, Jay Gatsby owned a string of pharmacies, lived in a grand mansion, threw lavish parties, was in love with an enigmatic woman, and, as Fitzgerald writes, "sprang from a Platonic conception of himself," inventing a persona for a world he wished to inhabit, even if he never truly belonged.

As for the Othello passage, one of the major themes of the book is the human capacity to deceive—both others and ourselves. All of the main characters—Remus, Imogene, Assistant Attorney General Mabel Willabrandt, and Franklin Dodge—all engage in various modes of deception.

Q: How famous was this case at the time?

A: It made international headlines. I don't want to spoil the story for anyone who doesn't know it, so I'll leave it at that!

A: I wish I could tell you! I am currently in what my friend Erik Larson calls "The Dark Land of No Ideas." And let me tell you, it truly is dark.

A: I just want to tip my hat to The Ghosts of Eden Park’s hero, Mabel Walker Willebrandt. When President Warren Harding appointed her assistant attorney general of the United States, she, along with all other adult female citizens, had only had the right to vote for nine months.

She was newly 32 years old, only five years out of law school, and had never prosecuted a single criminal case—and yet suddenly she was in charge of the thousands of Prohibition cases that began piling up in the courts, including cases against Remus.

To add to this pressure, she had a serious hearing problem, and spent an hour every morning styling her hair to conceal her hearing aids. She was almost inhumanly tough and thick-skinned, qualities that were reinforced by the ice-cold bath she took every morning.

Her favorite saying was: “Life has few petted darlings”—and she didn’t consider herself one of them. Her formative childhood event? She once bit a pet cat’s ear. To teach her a lesson, her father bit HER ear back. She was also partially responsible for the salacious love triangle that developed between Imogene and Franklin Dodge—and I think it's something that haunted her.

--Interview with Deborah Kalb. Here's a previous Q&A with Karen Abbott.
Posted by Deborah Kalb at 7:39 AM