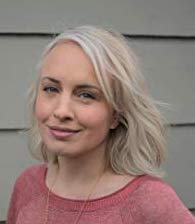 Bethany Chase is the author of the new novel One Night at the Lake. She also has written The One That Got Away and Results May Vary. She lives in New Jersey.

Q: How did you come up with the idea for One Night at the Lake, and for your characters Leah and June?

A: I had been wanting to write about best friends, and the wonderful time I’ve spent up at Seneca Lake gave me the idea to write a story with a tragedy that occurs there and which then must be revisited seven years later. Since Leah’s voice appears only in the past, I wanted her to bounce off the page with a really vibrant personality; June’s quieter personality developed somewhat as a foil to that. 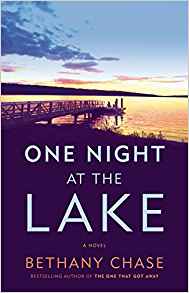 Q: You tell the story in alternating chapters, some from June's point of view and some from Leah's point of view seven years earlier. Did you write the chapters in the order in which they appear, or did you focus more on one character before turning to the other?

A: I wrote them mostly in order. My writing process tends to be 75 percent linear, 25 percent jumping around to ideas for future scenes. But I definitely switched back and forth between the characters as I went.

Q: The novel takes place at a vacation home on Seneca Lake. How important is setting to you in your writing? 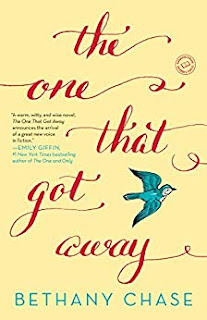 A: Immensely important. I love to travel, I love architecture and natural settings, and I’m a super visual person, so I try to create as much detail in my settings as I can so that readers really feel transported to the locations I’m writing about.

A: That generosity and forgiveness are at the core of it. Sometimes it’s easy to fall into a trap of “Well this person didn’t do this thing for me, therefore they’re a bad friend,” but unless someone is letting you down repeatedly in a really major way, it’s so self-defeating. 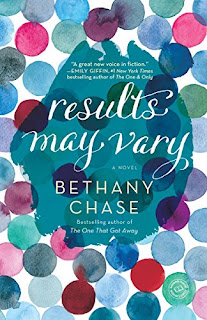 Not everyone shows their love and friendship in the same ways, and measuring the people in your life against a checklist that you invented in your head—with the result that they either pass or fail your checklist—is a quick way to destroy your relationships. Assuming the best of people is generally a much more rewarding way to go.

A: I’m working on a love story with a bit of a metaphysical element to it.

A: I have two other books!