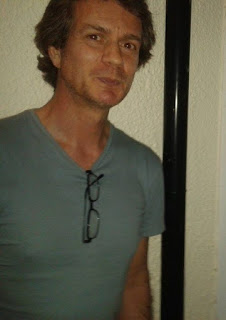 Rhodri Evans is the co-author, with Catherine Whitlock, of the new book 10 Women Who Changed Science and the World. He is an astrophysicist and a regular contributor to the BBC.

Q: How did you and Catherine Whitlock decide on the 10 women to include in the book?

A: I was asked to write this book after Carlton (the UK publisher) had published a book by me and Brian Clegg entitled 10 Physicists Who Transformed Our Understanding of Reality. The 10 physicists in that book were from a list of the “10 best physicists” in the London Observer newspaper, so Brian and I did not choose them.

After the success of that book, Carlton contacted me about writing a book about important women scientists, saying that I could choose the 10. I decided to find a woman to co-write the book with me (it would seem strange for a book about women scientists to be solely written by a man), and I also decided that we should choose two from astronomy, two from physics, two from chemistry and four from biological/medical sciences.

I chose Catherine Whitlock to co-author the book with me because her speciality is in the biological/medical sciences, whereas mine is in physics and astrophysics. Catherine and I thus chose five each.

Marie Curie was my automatic choice for chemistry (Catherine chose the other chemist), and for physics I knew of Lise Meitner’s work but less so Chieng-Shiung Wu. For astronomy, Henrietta Leavitt is one of the most important women astronomers in history. My other choice for astronomy, Cecilia Payne (who discovered that the sun and other stars are mainly composed of hydrogen) had to be dropped from the final list due to time constraints. 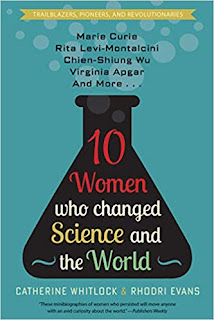 Q: As you mentioned, one of the women you wrote about was Marie Curie, and you begin the chapter by saying, "If you were to ask the public to name a female scientist from history, they would probably name Marie Curie." Why do you think she's better known than many of the other scientists included in the book?

A: I think there are a few reasons why Marie Curie is so well known.

Firstly, she is the only person in history (man or woman) to win the Nobel Prize in two different sciences (physics in 1903 and chemistry in 1911). Thus, she is not only a famous woman scientist, but famous amongst all scientists. She was also the first woman to become a professor at the University of La Sorbonne in Paris. Thirdly, she coined the term “radioactivity" and discovered two new, highly-radioactive, elements (polonium and radium). Lastly, she had to leave her native Poland to get a university education, and had to overcome many hardships and obstacles in her life.

I think her story and her achievements have captured the imagination of people (men and women) over the decades.

Q: Do you see any common threads running through the lives of the various women that led them to pursue a scientific career?

A: Actually I don’t. One could argue that it was Marie Curie’s father who inspired her to go into science (her elder sister became an M.D.), but not all the women here had such inspiration from their fathers.

What is important to remember, however, is that nearly all of them needed to be more determined than their male counterparts, for the reasons mentioned in answer four.

Q: What difficulties did they face as women in a field dominated by men, and what do you see looking ahead for women in science?

A: All of these women faced the prejudices that existed against women in a male dominated career like science. In addition, some of them had to leave their native countries to continue their education and their careers, something their fellow male scientists rarely, if ever, faced. Some of them had to juggle being mothers with being scientists, and faced criticism for continuing their scientific careers after they became mothers.

It is true that the number of women in science has increased since the early 1900s, but they are still in the minority in most sciences. Despite changes in society, women still carry the main burden of raising children, and even in the last few years a Nobel Laureate made sexist comments about women scientists in an international conference - see here and here, for example.

So, although the hardships faced by women in science are maybe not as great today as they used to be, I still think that they face more obstacles than men.

Interestingly, more and more women ARE entering physics than ever before. When I was a physics undergraduate in the 1980s only 2 percent of our class were women (5 out of 200). Today, the percentage is typically about 30 percent in most universities. Still a long way from 50 percent, but a vast improvement from a generation ago.

A: Just before I finished writing this book, I took up a university teaching position in Namibia in south-west Africa. My book-writing career is currently on hold as I concentrate on the research project which brought me to Namibia - we are building Africa’s first millimetre wave telescope which we will use to image for the very first time the black hole at the centre of our Milky Way galaxy.

I am also the Namibian coordinator for the DARA project, - Development in Africa with Radio Astronomy. I hope to return to writing popular science books in the near future, when these exciting research projects become less time consuming.

A: It would be interesting for Catherine and myself to know readers’ thoughts about their “favourite” women scientists. Do they have a woman scientist who influenced them, who inspired them? We are not suggesting that these 10 are the only important women scientists, but they are representative of the undervalued contribution that women have made to science over the last 100 years and more.