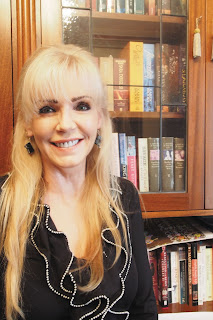 Karen Brooks is the author of the new historical novel The Chocolate Maker's Wife. Her other novels include The Locksmith's Daughter and The Brewer's Tale. An academic, social commentator, and newspaper columnist, she lives in Australia.

Q: How did you come up with the idea for The Chocolate Maker's Wife?

A: I was visiting Hampton Court in England as part of the research for my previous novel, The Locksmith’s Daughter, when I saw a very, very long queue snaking towards a “Chocolate Room.” Not even the promise of “free samples” tempted me to join it when there was this incredible palace to explore, and just as well.

Around the corner, and with no line of people to detract, was a small room cordoned off with a rope. It announced itself as a “Chocolate Kitchen.” Inside were all the tools and shiny accoutrements for making chocolate.

It turns out that King William III and George I and II had specially dedicated chocolate makers. Back in those days, chocolate was a drink, and enjoyed by all classes if they could afford it. Reading the little information available in the room sent my head into a spin, but it wasn’t until I noticed a portrait on the wall opposite to where I was standing, that my imagination went into overdrive.

It was of a rather homely woman with a wide-brimmed hat and a bunch of flowers shoved down her décolletage. Her name was Grace Tosier and not only was she the wife of Thomas Tosier, King William’s chocolate maker, but she was renowned for opening her own Chocolate House in Greenwich, by all accounts a rather decadent place with a reputation almost as disreputable as Grace’s own.

That was it. I turned to my friend and said, “I’m going to write a book and it’s going to be called The Chocolate Maker’s Wife.” Initially, I thought it would be about Grace Tosier, but the more I researched, the more I became interested in the decades before she opened and how chocolate first came to London and its social, political and cultural reception.

Grace still appears in the book, as a young girl, as does Thomas who is one of the chocolate-making apprentices. I didn’t so much come up with idea as it came up with me! 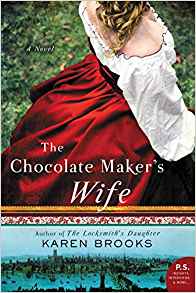 Q: In our previous interview, we discussed the idea of blending historical and fictional characters in a novel, and you said, "The real figures need to merge seamlessly with the fictional and vice-a-versa to allow the story to both ring true and sing." Did you employ a similar strategy with this book?

A: I did, Deborah – or at least, I tried to. And what was really lovely was I not only had some marvelous books and available documents to give me a feel for the era and its social niceties and politics as I usually do, but I also had access to Samuel Pepys’ diaries. Samuel was a naval clerk and a symbol of not only the rising middle classes, but a growing self-awareness and the growth of individualism. He kept a diary for 10 years across a number of journals.

You can read them in hardback (which I did), but also access them online, which is fantastic when you want to know if anything significant (or even minor) happened on a particular day. He was educated (mostly self, really), and naturally curious, so his journals are full of quirky observations and often quite “naughty” stuff! He made me wince, laugh and feel joy and great sadness – often on the same day! He could be so cruel and kind in his observations, but always astute.

Relying on the codes he used to protect his thoughts, he was also incredibly honest and frank – but then he never thought anyone would read his words. Using his diaries, I was not only able to get a sense of the real people, but include them and their fears, loves, politics, desires, ambitions and past-times in the book, as well as (hopefully) add authenticity to my fictional ones.

Of course, I invented relationships and meetings between the real and the illusory characters, adding fictive flesh to historic bones where necessary. My greatest hope is that these characters – imagined and factual - do indeed “ring true and sing.” 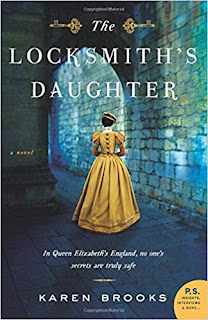 Q: This novel is set in 17th century London. How important is setting to you in your work?

A: I think it’s very important. It’s the frame which must uphold your word-painting – the story. If it’s not solid and authentic, then I think you run the risk of either losing a great deal or fracturing the whole.

Historical fiction particularly (but all genres really) need a solid sense of place (and time) and space to ground the characters and the plot and thus transport your readers. If you get it right, it gives the characters room to breathe and grow.

I work hard to get the various settings right but hopefully without them dominating – though there are times you need a setting to step up and become as much a character as the people. A great deal of work goes into this, but you also hope that this doesn’t show (in a bad way).

Q: In your author's note, you discuss your research into the history of chocolate. What did you learn that especially surprised you?

A: I learned so much and there was a lot that surprised me because I was really quite ignorant about its history before I started. I knew that chocolate had (and still does have) awful associations with exploitation of workers and cultures, but I didn’t realise how dreadful it was, nor how it was so tied up with colonization and appropriation – to this day as well.

On a brighter note, I loved learning about the additives and how the drink itself was regarded as everything from a heady aphrodisiac to, basically, the panacea for all ills. The fact entire “houses” were opened so people (men only at first) could indulge was of great interest as was their close association with the rise of literacy, journalism, business transactions, politics, plotting and planning (likewise, in coffee houses) was fascinating to me. 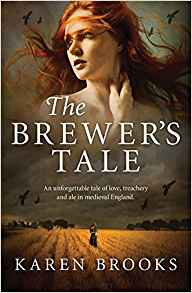 Chocolate and coffee houses were so dangerous that, a few years after the novel finishes, in the 1670s, King Charles II tried to close them down. He didn’t succeed.

A: I have just finished a book called The Wicked Woman of Fife, which is set in Scotland in the early 1700s and is based on a terrible true story. It revolves around the marvelous and incredibly tenacious fishwives of the east coast and one of the last witch trials.

It was harrowing to research and write and yet strangely uplifting as well – giving voice to the silenced and shedding light on an industry and the women who led it; reclaiming a rather derogatory term for a woman: fishwife. They were anything but women to be demeaned – they were to be celebrated and it was my wish to do that as well.

Currently, I’m researching my next novel, which is tentatively entitled The Mostly True Story of The Wife of Bath and tells the tale of the much-married Alyson, one of the most popular characters in Geoffrey Chaucer’s Canterbury Tales.

I used her in one of my earlier historical fictions, The Brewer’s Tale. In that book, Alyson (who is in her 50s) is the madam of a brothel in Southwark, England. So, basically, it’s the story of how she went from being a well-known businesswoman and desired wife then widow over and over in Bath to a brothel owner in The Stews.

It’s completely stand-alone, so one doesn’t have to read the earlier novel to read this one. It’s about love, lust, marriage, relationships, heartache, secrets, betrayal and why having a business head doesn’t mean you have to neglect a loving heart – or does it? As a consequence, I’m lost in the second half of the 1300s! Loving it.

A: How much I appreciate you taking the time to interview me and ask such marvelous questions, and how grateful I am to my readers for their wonderful feedback and for loving books!

--Interview with Deborah Kalb. Here's a previous Q&A with Karen Brooks.
Posted by Deborah Kalb at 8:13 AM