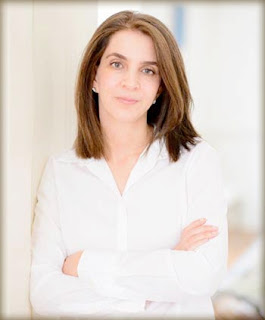 Louisa Treger is the author of the new novel The Dragon Lady, which focuses on the life of Lady Virginia Courtauld. Treger also has written the novel The Lodger. Also a classical violinist, she lives in London.

Q: You note that the idea for this novel came from a question a friend asked you: "Have you seen Zimbabwe's secret Monet?" How did that question lead you to writing this book?

A: The “secret Monet” was allegedly hidden in the vaults of the National Gallery of Zimbabwe to keep it safe from Robert Mugabe, who was then president.

I have family in Southern Africa and on a trip to Harare, I managed to access a few of the “secret” paintings. There was no Monet, but I did see works by Renoir and Durer among others, donated to the Gallery by Sir Stephen Courtauld and his wife, Virginia.

My curiosity was piqued and I began to research Stephen and Virginia. The more I found out, the more intrigued I became, and I decided that I needed to tell their story.

Q: You've also written about the author Dorothy Richardson. Do you see any similarities between her and Lady Virginia Courtauld? 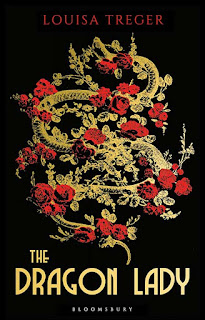 A: Although Virginia was far more privileged than Dorothy, there are similarities between them. Both were strong women who refused to conform and who struggled to find their place in the world; women who were ground breakers and pioneers.

This is important to me as a storyteller because their lives and achievements have been undervalued or overlooked by history. Virginia and Dorothy were ahead of their time, and their interests and conflicts are still relevant today.

A: I looked at the historical information as a skeleton on which to hang my story. Fiction gave me licence to imagine myself into the characters’ private thoughts, to invent conversations and details which animated their conflicts and drew out themes I found interesting.

At the same time, I tried to stay as true to their personalities as I could. In other words, the outline of the plot was already there and within that framework, I created my own image of real people.

A: Researching The Dragon Lady was a hugely enjoyable and exciting adventure. A particular highlight was travelling to the Courtaulds’ house in Zimbabwe, where I slept in Virginia’s bedroom, which made me feel close to her living, breathing presence. I also spent time at Eltham Palace, in the archives and walking around soaking up the atmosphere. 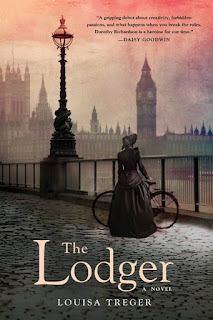 A cousin, George Courtauld, gave me access to letters and photographs, and shared his own memories of Stephen and Virginia with me.

One surprise was discovering a child’s unmarked grave on the Zimbabwean property. I learnt that it belonged to the daughter of the previous owners, and her ghost was said to haunt the place.

There was certainly a sad and eerie atmosphere hanging around the grave, and it was sufficiently powerful to keep me awake at night, waiting for her to appear. She didn’t, but when I was at home in London writing about the ghost, my water glass cracked for no reason.

A: My next novel continues my theme of strong women who live by their own rules. It’s about Nellie Bly (1864-1922), America’s first female investigative journalist. She grew up without privilege or education, knowing that her greatest asset was the force of her own will.

I am going to focus on her stay in the infamous Women’s Lunatic Asylum on Blackwell’s Island, off New York. Rumors of abuse were rife, but no one had dared investigate it until Nellie managed to fake insanity and get herself committed in order to write an undercover story.

Nellie’s reportage brought her fame and led to a grand jury investigation and financial increase in the Department of Public Charities and Corrections.

A: I am doing a tour of the U.S. around the publication of The Dragon Lady. I am very excited! Here are my dates.