Stephanie Allen is the author of the new novel Tonic and Balm. She also has written the story collection A Place between Stations, and her work has appeared in a variety of publications, including Potomac Review and Gargoyle. She teaches academic writing at the University of Maryland.

Q: How did you come up with the idea for Tonic and Balm?

A: In my first book, A Place between Stations, there’s a story about a small, traveling circus on the road in rural Connecticut in the late 1800s. I did some research into circuses for that story, and that research led me to read more broadly about turn-of-the-century popular entertainments, including dime museums and medicine shows, neither of which I had known much about.

Medicine shows aren’t nearly so well documented as circuses. They were much dodgier operations because they used their variety show performances to attract crowds they could coax into buying their dubious patent medicines, and quite a few were fly-by-night operations that likely avoided close scrutiny.

So naturally, I was curious about medicine shows, as I am about what falls between the cracks of official history in general, and I decided I wanted to write about one around the time of World War I, when med shows were dying out.

Medicine shows also fascinated me because they were, by nature, synthesis machines that drew, sometimes in what seemed like random ways, from a variety of other performance traditions, including circuses.

On a given night, the audience at a decent-sized med show might be served acrobatics, juggling, comedy skits, song and dance acts, melodramatic scenes from popular plays, burlesque, Wild West-style stunts, lectures about so-called Quaker or Indian remedies, even elements of blackface minstrelsy. Career grifters and talented performers worked side by side, and a variety of people had to get along with each other to keep a show in operation.

And though I did not find a lot of historical material about medicine shows, I found enough photos, memoirs and other documents to see that at least some shows had racially mixed casts. 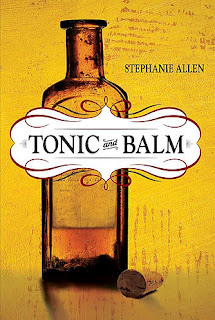 Clearly a medicine show in the Jim Crow era was not going to be some kind of idealistic haven of diversity. But I was curious about what sort of people might wind up in such an unusual assembly and how those people, living in a culture that fostered racial hatred and violence, created a small society for themselves that must have at times reflected, and at times departed from, the larger culture around them.

Q: What inspired your cast of characters?

A: The cast of characters came to me slowly, starting with a short story that grew into three or four chapters while I was doing a month-long residency at the Mary Anderson Center for the Arts in southern Indiana.

Each chapter of Tonic and Balm is centered around one key member of a fictional medicine show, Doc Bell’s Miracles and Mirth Medicine Show, so that various parts of the story as a whole are carried forward by different characters: the shy woman who does sword-swallowing, the wisecracking business manager, the lone female member of the crew.

Characters were certainly shaped by the research that I continued to do throughout the writing of the book. There is, for example, a former physician who has taken refuge with the show after being scarred by the horrors of the Spanish Flu pandemic of 1918, a phenomenon I knew little about before researching it.

The one character who appears in every chapter is a young black woman named Antoinette, who performs in a side-show act because an illness has left her disfigured. In Antoinette’s case, it is the way that race and illness work to erase someone like her from the historical record, except as an object of curiosity, that led me to give her a central role and to try to bring her interior life alive on the page. 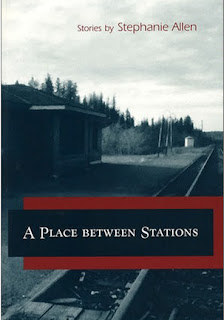 Q: You tell the story from different points of view. Did you write the book in the order in which it appears, or did you move things around as you worked?

A: The chapters were not originally in the current order. I rearranged them to better balance the different personalities and to set the plot in motion more quickly.

Q: Can you say more about how you researched the novel? Did you learn anything that especially surprised you?

A: I read articles and books about early 20th century history and culture, forms of popular entertainment of the day, medical practices of the time, and so on. A lot of my most useful information came from period newspapers, national and local, and from photograph collections held by libraries and historical societies, which gave me a lot of details about everyday life in another time.

Often the photos seem remarkably intimate; long-dead people stare at you from the past, standing beside their prized possessions or caught in the process of doing work that they took pride in. Photos are rarely as candid as they look, of course, since there is always a photographer selecting subjects, settings, maybe even poses. Still, you see a lot, and even the absences tell you something.

Many things surprised me. One is how the reaction to performers has changed over time. Today we have a glamorous celebrity culture of Hollywood actors and musicians whom we treat like a kind of royalty.

But in the early 20th century, popular performers typically kept up a grueling schedule of travel from one little town to another to put on live shows for small audiences. It was a vagabond life for most, and entertainers had a reputation for being shady people of loose morals.

It’s interesting to compare the disdain for show biz folks that you might hear from people in the past to the reverence for Hollywood celebrities that is common now.

A: I had a working title that was awful, but I couldn’t think of anything better. My editor and publisher, Rosalie Morales Kearns of Shade Mountain Press, came to the rescue with some ideas, and Tonic and Balm, in slightly different form, was one of them.

The reference is literally to types of patent medicine: balms, which are soothing, and tonics, which are stimulating. Beyond that, I think Rosalie was picking up on the duality I mentioned earlier, the way that a med show by its nature embodied the good and the bad, the wonderful and the atrocious, and held it all together in a functioning whole that nevertheless could come unglued at any time.

A: Actually, I’m taking a break after spending a long time working on Tonic and Balm, which I started back in 2003 or so.

A: I sometimes get asked whether I’m writing about show-business people because I’m from a show-business family myself, like Cathy Day, author of the marvelous The Circus in Winter. Nope. I have no connections at all to that life. I just think that show business holds up a fascinating mirror to the larger society.