Francis Levy is the author of the new novel Tombstone: (Not a Western). He also has written the novels Erotomania and Seven Days in Rio. His work has appeared in a variety of publications, including The New York Times, The Washington Post, and The New Republic.

Q: How did you come up with the idea for Tombstone: (Not a Western)?

A: I have always been obsessed with death and the notion of the way that life and matter comes into being and then falls into oblivion. It’s the old philosophical question of something out of nothing and the reverse.

Birth and death are both inexplicable mysteries that it’s impossible to fathom. The other is divinity and whether from a teleological point of view there is a first cause and prime mover.

I’m a rationalist and have trouble with the notion of an anthropomorphic conception of God—God as some cosmic telephone operator fielding requests. On the other hand the notion of the indifference of the universe, of the cosmic yawn is a little difficult to countenance for a weak and fearful creature like myself.

On a more pragmatic basis I simply had to deal with what my survivors would do with my remains, as everyone does. And before I knew it I had a novel. 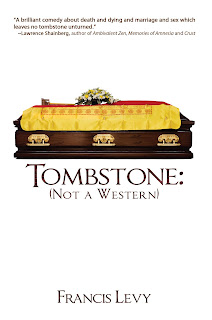 Q: Did you know from the beginning how the novel would end, or did you change things around as you wrote?

A: I always think of Dante, but that didn’t lead me to the notion of an ending. The paradigm of paradise, hell and purgatory, however, present signposts and provide a map, along with way stations, particularly when it comes to suffering.

And so I envisioned a whole journey beginning on a lower level of pragmatic considerations, which I tended to dispose with humorously and then proceeding to other levels. Along the way, there would be obstacles, like the financial crisis and there would be teachers like the gurus you meet at the all-inclusive resort whose guests deal with death related matters.

I glommed onto the notion of the retreat, the sanitarium, a la Mann and The Magic Mountain, and that led me closer to the idea of the kind of ascendance you see at the end of the novel when the characters cross over into the afterlife.

Q: You've noted that you wrote about death before, including writing your own New Yorker obituary and a parody of Sherwin Nuland's book How We Die. Are there similarities in the approach you take to writing about death in Tombstone? 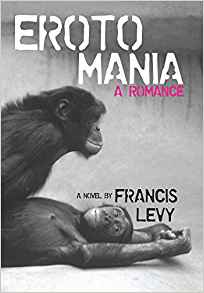 A: Yes, it’s very similar. I have a tendency to use humor to deal with issues that I actually take quite seriously. I can’t make a joke out of something unless I'm truly attracted to it. Again the resort dealing with afterlife issues exemplifies this.

On the one hand all the characters are imposters and frauds modeled on Moliere’s Tartuffe. On the other, I take them totally seriously. Just like my most deluded characters, I’m a seeker. The difference is that I’m a trifle more defended and that’s reflected in my use of parody.

Q: You describe the funeral industry as "a total rip-off." Why?

A: I was rather young when I arranged my first funeral. By the way, the original title for this book was “The Arrangements.” I guess I was kind of traumatized by what a business it turned out to be. You pick out caskets the way you do cars, only there are no trade-ins and you can’t buy a used one.

Jumping to the chase, I have a deep aversion to memorial services, the chapel, the sacrosanct speaker who receives his or her gratuity, the whole commodification of something which is ineffable. It’s more expensive to be buried than cremated since you have more paraphernalia and you have to buy real estate, i.e., a grave. 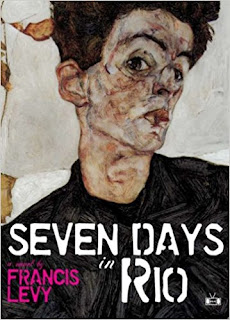 But after all is said and done what drives me crazy is the fact of the congregating. It’s supposed to be for the survivors, but every time I attend a funeral, people are in a rush. They're in a rush to get to their yoga and therapy appoints or to their trysts and they’re actually impatient.

I personally don’t want to be responsible for forcing people to come to some event that's going to cost my estate money and that they feel they have to attend to save face.

A: My next novel is The Wormhole Society. It’s a kind of reversal of classical therapy. Instead of working inside out. I propose the sci fi idea of traveling to a parallel universe in which you can attain a more adaptable mode of living.