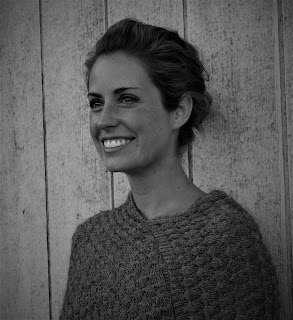 Rebecca Kauffman is the author of the new novel The Gunners. She also has written the novel Another Place You've Never Been. She lives in the Shenandoah Valley of Virginia.

Q: How did you come up with the idea for The Gunners?

A: Early thoughts about the book were inspired by the question of whether or not people are capable of change. Most of us have probably had the experience of being very close to someone at one point in life, setting out in different directions and falling out of touch, and then eventually reconnecting.

I think the instinct at that point is to make a snap judgment as to the extent to which the other person has changed. (ie I can't believe how much you've changed! Or, Why, you haven't changed at all!)

I wonder how often what we identify as change - in others or ourselves - is not actually change at all, but simply an adaptation to changing circumstances, or the result of incremental adjustments made over time to suit the people around us. Or how often what we identify as change is not actually a person fleeing from their essence or true self, but drawing closer to it. 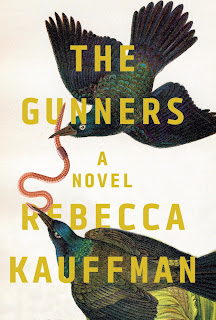 This curiosity was the basis for The Gunners, in which the main characters were very close friends as children, disbanded as high schoolers, and are reconnecting in person for the first time in many years, when they are in their thirties.

Q: You tell much of the story from Mikey's perspective, but also from the perspectives of several other characters. How did you decide on the novel's structure?

A: This structure allowed me to more fully explore the dynamic described above.  Allowing various characters (in their own POVs) to express opinions about one another is a way for the writer to more fully inform the reader about both the observer and the observed.

Q: The story is set in Lackawanna, New York, a suburb of Buffalo. How important is setting to you in your work, and could this novel have been set elsewhere?

A: Setting is very important to me - details of place add richness to a story and inform that intangible "feel" of it.  To me, there is a really exciting complexity and precariousness to upstate New York, and I think it's only because I lived there for several years that I can write about Buffalo with energy and specificity.

In other words, I suppose the story could have taken place elsewhere, but I don't think I could have written it in the same way. 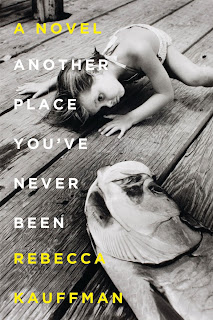 A: I'm working on a novel about the unreliability of feelings, and some short stories that involve music.

--Interview with Deborah Kalb. Here's a previous Q&A with Rebecca Kauffman.
Posted by Deborah Kalb at 7:46 AM