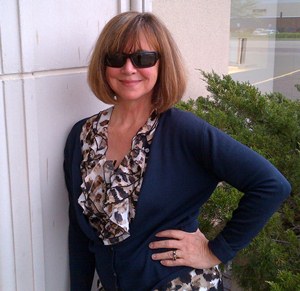 Nancy Schoenberger is the author of the new book Wayne and Ford: The Films, the Friendship, and the Forging of an American Hero. Her other books include Dangerous Muse: The Life of Lady Caroline Blackwood. She is a professor of English and director of creative writing at the College of William and Mary, and she lives in Williamsburg, Virginia, and New York City.

Q: Why did you decide to write about both John Wayne and John Ford in your new book?

A: As a fan of the Western since childhood, I wanted to write about its origin story, which brought me to Ford's early Westerns and his use of John Wayne as the quintessential Western hero.

Q: In the book, you ask, “Why was the Western such a powerful mode of storytelling throughout the second half of the last century?” Why do you think that is, and what accounted for its decline?

A: The Western is a classic hero's journey, a compelling form of storytelling since Homer's Iliad and Odyssey, so there's that universal appeal.

The Western also represented America's origin story -- often romanticized and almost always told from the point of view of white settlers who wrested the country from Native Americans, especially appealing to mainstream Americans of the last century.

That said, Westerns also offered a model of masculinity that both flattered men but also imparted a code of ethics and a paradigm of right action. 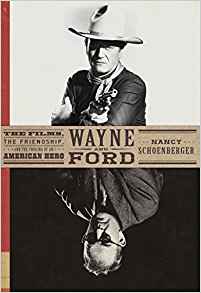 In Ford's Westerns -- and it was carried through in the roughly three decades of TV Westerns --  it is the hero who usually combats racism, welcomes immigrants, treats women with respect, and defends women against ill treatment.

Because Westerns are morality tales, there's a clear line between right action and evil doing -- we know who the heroes are and who the villains are. I wonder what form of storytelling has replaced that for young boys today, as they struggle to become men.

I think as our culture began to explore and embrace stories about women, minorities, and anti-heroes, the Western fell out of fashion.

Q: How did you research the book, and did you find anything that especially surprised you?

A: I began by visiting the late Maureen O'Hara in Glengarrif, Ireland, one of the few actors remaining who knew both Ford and Wayne and who had acted in several of John Ford's movies.

I was surprised by the depth of gratitude she expressed for Ford, despite the way he often cruelly treated her on film sets, as he did his other actors, including and especially John Wayne! (One actor who knew both men said, "John Ford was the only man who could make John Wayne cry.")

I did most of my research at The John Ford Collection at the Lily Library in Bloomington, Indiana -- a great archive set up and maintained by Ford's grandson, Dan Ford. 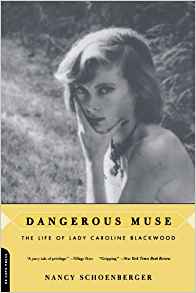 Q: How would you describe the legacy of both Ford and Wayne today?

A: I think that we are left with the cartoon version of John Wayne as the “my way or the highway” ultra-macho tough guy, expressed in many of his later films almost to the point of self-parody.

But if you go back and see him in the earlier Westerns he made with John Ford, you'll see a more nuanced character -- still the hero we came to admire, but more human. Even the vengeful racist, Ethan Edwards, that he plays in The Searchers has a powerful change of heart at the end of the movie.

Ford continues to be revered by contemporary filmmakers as a master storyteller. Martin Scorsese once said that "every filmmaker working today owes a debt to John Ford, whether he knows it or not." The opening and closing image of John Wayne framed in a homestead's doorway continues to be imitated in contemporary films, from Star Wars to Hostiles.

A: I'm going back to poetry, my first love (I've published three books of poetry and got my MFA in poetry at Columbia University a million years ago). I'm working on turning a poem cycle of monologues based on the Ripper murders into a one-act play.

I do have a co-authored book coming out this September, but I don't want to get in the way of the official publicity so I will leave it at that!

A: In this long overdue #MeToo era, I think we need to look at how boys become men, and how they learn to do the right thing in a culture that often glamorizes violence and mistreatment of women. I think Westerns did that back in the day on a grand scale, but I don't see what's replaced it.