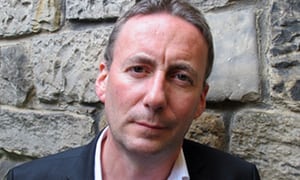 Kevin Toolis is the author of the new book My Father's Wake: How the Irish Teach Us to Live, Love, and Die. He also has written the book Rebel Hearts and the play The Confessions of Gordon Brown, and his work has appeared in a variety of publications, including The New York Times Magazine and The Guardian. He lives in Ireland and in London.

Q: In your new book, you ask, “How can it be possible to never talk out loud about death in a world where everyone dies?” Why do you think that is?

A: The local radio station [in a community in Ireland] reads out the deaths, 10 or 12 people a day. If we did the same in New York, the announcer would have to read something out hundreds of times a day.

It’s a small example, but in Ireland, there is a much greater social space around death. It’s more normalized. There are more ceremonies around death. All of these are really social spaces and physical spaces. The intermingling between the living and the dead is greater than in America.

I was recently at an English funeral. There were 16 people there. It started at 10 to five [o’clock], and we were out at 20 past five, and there was no other event. No one came around to their house.

Q: The book’s subtitle is “How the Irish Teach Us to Live, Love, and Die.” Can you say more about what the Irish do differently, and what other people could learn?

A: It’s really simple. The wake is as old as the fall of Troy, if not older. At the gravesite where my father’s tomb is, there are Neolithic tombs. People were using stone tools and carrying slabs. We know often the tombs were used for 600 years. They had a mixture of bodies. The relationship between the dead and the living were important in those cultures.

In Western culture we’re embarrassed about death. How many people would go to the funeral of a colleague’s mother? We’re going in the office and walking over to the colleague and saying sorry about your loss. The courtesies of loss were more prevalent in the Victorian era in the UK and America. We’ve fallen out of the process. 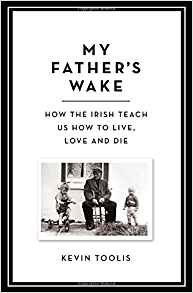 We often frame death as a battle against an enemy. People die. It’s intrinsic to mortality. [But] our language has become more shrill.

It’s quite interesting with Susan Sontag, [who writes about] when her son was younger and they wanted to protect him from the knowledge of death. But how we protect children, and immunize them, is by telling them about death. It’s like immunizing against a disease.

One of the parental responsibilities is to teach children how to die. Show them how you die. That’s what my father did for me. People before him had shared their deaths. If we all had to run a 26-mile marathon, wouldn’t it be good to have a practice lap? You do that by taking children to funerals and talking about death.

Sometimes you think, so and so died. I steel myself and make it a moral compulsion to phone. It’s a moral imperative. It’s the same when you hear of someone who is dying. You go out of your way to see them.

Q: You write about the death of your father and also of one of your brothers. How difficult was it to write about these deaths, and what do your family members think of the book?

A: The book is a wee bit more—it’s also the biography of a funeral rite. I’ve got no shame about the personal context of the book, but it’s a bit less personal than it may appear. I didn’t just write about my family. As I say, my father was not a great hero. He was an ordinary man, but he had a great gift of knowing how to die. 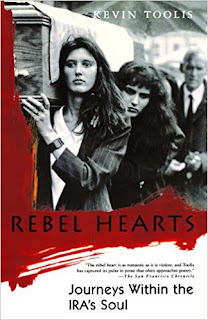 So My Father’s Wake is constructed as a personal account of a wake; it contains searing and intimate moments. The interesting thing is that if you come from a death-defying culture, it seems more searing. In Ireland, people would have shared very similar experiences. Saying the rosary around the bed is still common.

To my surprise and joy, all my remaining siblings really liked the book! I had a bit of trepidation. There were a couple of little niggling points, which I ignored. One of my sisters is a big reader and a good judge, and she really loved the book.

Q: Do you think your own approach to thinking about death was changed from writing this book?

A: Some people said, what do the Irish teach us about love? What can we expect from others, in a world where you have selfishness and everybody is an entrepreneur?

I think on the island [where his family has lived in Ireland]…people drive an hour and a half from the local airport to meet the cortege and join the cortege. People go out of their way. In the wake, people sit up all night. One funeral I went to, it was pouring down on the mountain, and people were standing [with the family] in possibly the worst moments of their life.

Even in the cortege, the dead person is not able to thank you, pay for your expenses--so what is it? It’s a social compulsion, a moral obligation, it’s also an act of love. It’s easy to stay at home. It’s slightly odd in bigger urbanized societies [to participate this way].

It teaches that the lives of human beings have some value, we have obligations to others, we are all equal at the grave, and maybe the equality can help us understand that we all have needs and wants. 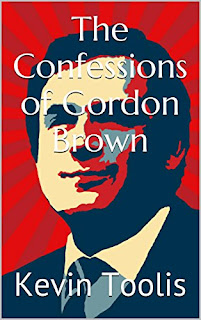 A: I’m just trying to finish a Trump musical. And I do have an idea for a novel. It’s a big Conrad novel, set in 19th century Ireland, to do with religious wars, and the characters in it are loosely based on historical figures.

I’ve never written a musical. I did a previous play on [former British Prime Minister] Gordon Brown, The Confessions of Gordon Brown. He’s an interesting man, so demonic and flawed…Tony Blair was more of a simpering corporate executive, and David Cameron was like a conservative realtor. There’s no moral depth to him at all. Brown was agonized.

Trump is something else, a one-in-200-year phenomenon. There’s never been anything like him. In the Trump musical, he’s going to be impeached…

Q: Anything else we should know about My Father’s Wake?

Some of the most powerful things I’ve seen are in other societies. You see who we are, we’re really just like animals. We took a guinea pig to the vet and the vet killed it. What had been an animal turned into a stiff thing.

An Irish wake tells us you shouldn’t ignore people, but on another level, we are mortal. It’s a very hard thing to grasp—to give respect to the significance of others, and to see how simple it is to slip into.

I mention we’re standing up to cancer, going on runs, but we hardly ever visit the sick. It’s better to spend a few more hours with someone who’s dying. It’s a harder task.

With the wake, it’s so easy to take parts of the wake and incorporate them into our life. A phone call to a dying relative. That they’re dying is inescapable to them. [We can be] flinching away; they don’t have that luxury.

Another thing people find surprising is sharing your own death…we all have this collective experience. How to normalize it? Our ancestors had rituals, we’ve lost those. That’s what we need to discover.

I’m taking the show on the road—The Wonder of the Wake. It’s like the best wake you’ve ever been to in 90 minutes of entertainment, to make sure these arts are not lost.