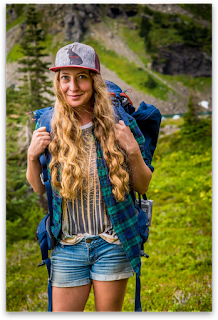 Lianne Oelke is the author of the new young adult novel Nice Try, Jane Sinner, which focuses on a teenager who joins the cast of a reality TV show. Oelke lives in Vancouver.

Q: How did you come up with the idea for your novel, and for your character Jane Sinner?

A: I struggled with depression in university, and keeping a journal helped me deal with all my negative thoughts. When I re-read what I wrote, I didn't like the person I was. I started typing up the journal entries so I could take out things I didn't like and add things that made me laugh.

Eventually I realized that I was writing about someone like me, but different. Bolder. Someone with a cool name, like Jane Sinner. I weaved in a plot to tie everything together (I was watching a lot of The Bachelor at the time, so reality TV was a natural choice).

Once I decided I was writing a novel, it took about three years to finish a draft I was reasonably proud of. 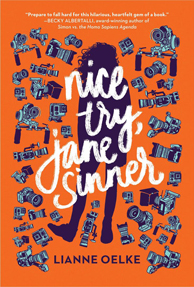 Q: What do you think the book says about the role of reality TV in today’s world?

A: Reality TV--just like social media--has done so much to open up personal lives to the world. Anyone can share anything, and it's both intimate and alienating.

Part of the appeal of putting yourself out there is that it allows you to be seen and understood. It's also comforting to watch all the weird and unflattering moments of other people's lives and think yeah, maybe I don't have everything together but at least all my flaws aren't televised.

Jane tries so hard to stay in control of her image, but also refuses to admit she really cares about what people think of her. She eventually has to learn she can't have it both ways.

Q: Did you plot the book out before writing it, or did you make many changes along the way?

A: The book started out as pure character. I had to consciously add and condense the plot as I went along. Because Nice Try, Jane Sinner is told from Jane's journal, the writing process was organic and messy. I'd cut and paste journal entries here and there. Tightening up the reality show aspect really helped to focus the plot and turn the journal into a novel.

A: The title was originally House of Orange: the name of the reality show Jane competes in. I thought it was punchy and fun and original, but my publisher thought it sounded like a Netflix mashup of House of Cards and Orange Is the New Black.

They asked for a new title that featured Jane Sinner's name, since it's such a character-driven novel. I came up with a variety of options, but everyone agreed that Nice Try, Jane Sinner did justice to the heart and spirit of the book. It captures the weird blend of humour, irony, and sincerity that Jane lives by.

It was weird for many months, but now I can't imagine calling the book anything else!

A: I'm working on a dark, multi-POV fantasy inspired by saga-age Iceland. Vikings, volcanoes, and witchcraft, oh my!

A: It's snowing in Vancouver right now and I'm not impressed. Also, my cat was super brave at the vet today.