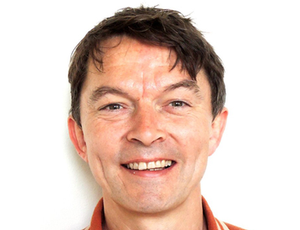 Tom Feiling is the author of the new book The Island that Disappeared: The Lost History of the Mayflower's Sister Ship and Its Rival Puritan Colony. He also has written The Candy Machine and Short Walks from Bogota. He is based in London.

Q: You write that you first learned about the Caribbean island of Providence while researching the English Civil War. What first compelled you to write a book about the island’s history?

A: I had lived in Colombia, and I’d written two books [focused on Colombia]. I was still interested in Colombia, but I wanted to write a book that might bridge both my country and Colombia. I’d heard about the island—it used to be English and now was part of Colombia. The people speak English.

I’d never been there…It was something I never knew anything about. There was no mention of it at all in England. It was important for a time before England had any colonies.

A: What was interesting is that the English settled New England and 10 years later, Providence, but they weren’t entirely committed to North America until Providence collapsed.

The real reason they started the empire is that rich English people wanted luxury products that came from affluent European countries. They really wanted a tropical colony. 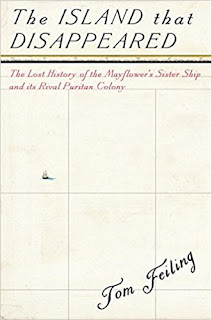 They saw New England as a place for frightened Puritans to run away to. It wasn’t seen as an economic benefit. If people were really bold, they would go into places and get their hands on nice tropical goods.

And then when they realized the island wasn’t good for producing crops, they thought it would be a guardhouse for a huge empire in Central America. They weren’t thinking about colonizing North America.

Q: What would you say is the legacy of this early colony?

A: The original colony only lasted 10 years, and then the colony was abandoned for 100 years and then was resettled. People who live on the island today have nothing to do with the original colony, but a lot of people in Colombia say the island is pirates, that they’re all European pirates.

It’s quite hard being an English-speaking Colombian on a little island. They feel maligned and overlooked.

I got interested in how the early colonists were half pirate and half Puritan. They were half very religious and high-minded, and half, Where’s the next drink?, or, I want guns so I can rob the Spaniards. They had very low ideals and yet they wanted to create heaven on earth. It was a very mixed approach with very mixed motives. 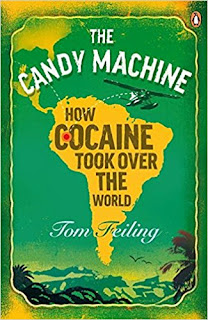 A: A certain amount was just reading. There wasn’t a lot of material directly about the island. I didn’t know much about that period. On the island itself, there were a few books that only 20 copies were made, memories an old granddad had written down, [material] of real local interest.

I did a lot of interviews with people on the island: How do you understand your history? We all have a sense of what our forefathers did, but on the island, there’s a lot of myth. I was interested in looking at the myth.

A: I’ve done two books about Colombia, and then this. I don’t just want to do Colombia stuff. I’m in Japan now. I lived here for three years after graduating from university, and I’m here to see how the country changed.

I’m still not entirely sure what I’m going to write about, but I think I will write about how Japan is getting older, the demographic changes, and asking the question, Is this where we’re all headed? 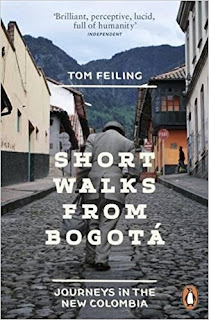 A: I’m really happy the book is coming out in America as well. It’s bound up in the English Civil War, but from an American point of view it’s interesting to look at the great “what if”—if Providence had succeeded, perhaps New England would have been forgotten. I

It makes you think about what New England was doing right and Providence was doing wrong. A lot of it is about the origins of the United States. I hope it will appeal to an American audience.