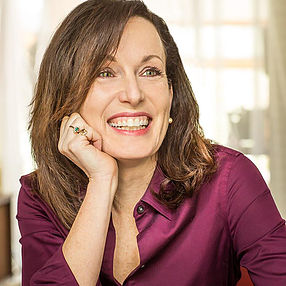 Alison Gaylin is the author of the new novel If I Die Tonight. Her other books include the novels Hide Your Eyes and Stay With Me. She lives in Woodstock, New York.

Q: How did you come up with the idea for If I Die Tonight?

A: Two events involving social media inspired me. The first happened a few years ago, when my daughter was 13. There was a hit-and-run incident in a nearby town, involving two teenage boys from rival high schools.

What I found so remarkable about the incident was the way in which the story got spun, particularly by the kids, into something that it wasn't. Through small-town gossip and the use of social media, the narrative became something completely removed from the real story, something much bigger and elaborate and clear-cut.

One of the boys also had a 13-year-old brother, and I found myself wondering what he was going through...

The other thing that inspired me was when Sinead O'Connor posted a suicide note on Facebook. She was obviously very troubled, and being an old fan of her music I found it heartbreaking. 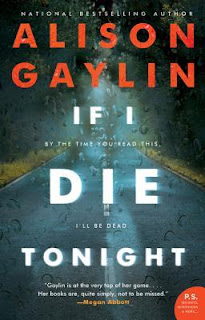 But the thing that I noticed most about her suicide note was that it had over 2,000 likes on it. That callousness that social media brings out in people -- I find that so scary, and so that too was something that inspired the idea.

Q: You tell the story from several characters' perspectives. How did you choose your point-of-view characters?

A: I often write from many points of view, and in choosing those POVs, I try to figure out who can tell the story in the most dynamic way.

Connor and Jackie seemed natural points of view to tell the story from, because they're the two people who care most about Wade and who have the most stake in the idea of him having committed this awful crime.

Pearl was a character I thought of before I wrote this book. She was sort of a character in search of a story, and I thought that her own backstory could make her uniquely suited to solve this crime -- to see it from a different perspective, knowing that people often get judged by others who don't know the whole story. 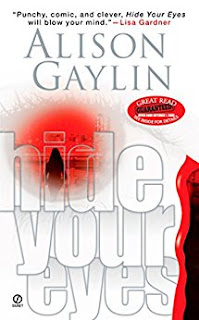 Also, she seemed like, given her unusual background, she'd be more willing to risk her life in order to get to the truth.

Aimee En was another character I kept thinking about -- someone who was famous once, a long time ago. That type of fame fascinates me. She also seemed, like Wade, to be such an outsider in this town that her perspective of it would be different and interesting.

Q: Do you usually plot out your novels before you start writing, or make changes along the way?

A: I make changes along the way, which is often terrifying! But I tried outlining in the past and I never really stuck to it. What I like to know before I start writing is what everybody's secret is. Then, while I'm writing, I figure out ways for those secrets to come out.

Q: The novel takes place in a town in New York State's Hudson Valley. How important is setting in your work, and could this have been set elsewhere? 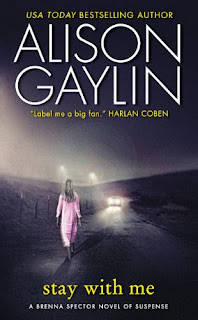 A: There's something really interesting about the historic towns in the Hudson Valley, which, by the way, is where I live! It's really not that far from New York City, but the towns tend to be so sheltered and insular, you may as well be in the middle of nowhere.

They're also picturesque in a very specific way -- window boxes everywhere, even on the police station! The feeling of safety, that colonial charm.... All of that was very important to me in telling this specific story, which deals a lot in appearances versus reality.

A: I'm currently writing a book called Closure, about a true crime podcast, a home invasion, and a woman whose beloved mother may or may not have been a mass murderer in the 1970s.

A: I don't think so! Thanks so much for these questions. They're great, and it's been a pleasure.