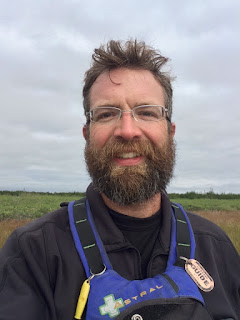 Brian Castner is the author of the new book Disappointment River: Finding and Losing the Northwest Passage. His other books include The Long Walk and All the Ways We Kill and Die, and his work has appeared in a variety of publications, including The New York Times and The Washington Post.


Q: Why did you decide to focus on Alexander Mackenzie’s 1789 exploration of North America in your new book, and travel the route yourself?

A: Like many of us, I learned in school that the first expedition to cross North America belonged to Lewis and Clark. So when I stumbled upon Alexander Mackenzie's story -- accidentally, in an errant Google search -- and realized that my fourth grade teacher was wrong, that Mackenzie had done it a dozen years before, I had that exciting flash of inspiration that every writer craves.

My first thought was, "How have I never heard of this man?" I looked for a biography of Mackenzie, and discovered the most recent major work was over 80 years old. There seemed potential for a modern retelling.

Mackenzie took two great journeys: a successful crossing of the continent in 1793, and a 1789 expedition that Mackenzie called a "disappointment."

I focused on that disappointing trip for a few reasons. Despite Mackenzie's opinion at the time, it proved the more lasting geographic contribution. And he was joined by great characters, especially his indigenous guide, a Chipewyan trading chief named Awgeenah, who deserves to be at least as well-known as Sacagawea.

But most importantly, I knew it was physically possible for me to recreate Mackenzie's 1789 journey, and I thought that the intertwining of the two stories, the modern travelogue with the historical narrative, would be compelling for readers.

Mackenzie was searching for a Northwest Passage, a route to the Pacific, and considered his expedition a failure because it ended at the Arctic Ocean instead. Mackenzie was blocked by summer pack ice. I had a strong suspicion that if I paddled the river, I'd see something else at the end of my journey.

Q: The book includes sections on your own travels and sections on Mackenzie’s. Did you write the book in the order in which it appears? 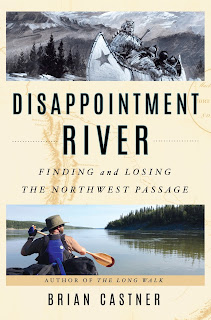 A: Not even remotely. I've developed the habit of writing the end of the book first, so I know where the story is going, and then constantly reworking the open, to earn that ending I've set up. Maybe that's the habit of a magazine writer, to focus on the lead -- if you don't hook the reader from the start, they'll never get to your compelling finish.

Once I dove into the meat of the book, I began with Mackenzie's early life, doing the historical research about Scotland in the 1770s, the Revolutionary War in New York, and the establishment of cities like Detroit.

Also, before my canoe trip in the summer of 2016, I learned the history of the Mackenzie valley, so I would understand what I was encountering on my journey. I took Mackenzie's journal along on my trip, to compare his daily routine to mine, and make sure I hit every landmark.

When I got back from my trip, I immediately wrote up the travelogue, while it was fresh in my mind. Then, as a last step, I could go back and weave in the historical sections, of Mackenzie and Awgeenah.

I spend a lot of time on structure and pacing. It can be a cold process, but if it works, the reader just feels swept along on the journey, and doesn't notice how they got there.

Q: Can you say more about how you researched the historical sections of the book, and what did you learn that especially surprised you?

A: This may sound odd, but I was fortunate in that most of Mackenzie's letters and papers burned in a fire at his estate. All that we have are his expedition journals, and the letters saved by his cousin Roderic and the fur-trading cabal known as the North West Company.

This made my research manageable, as I could read and study in-depth every single surviving word. The same is true for other major figures of that time, and not a single letter from the illiterate voyageurs is known to exist. So while the stack of books I read for background was 10 feet tall, and I had to visit archives in Montreal and Quebec City, it could have been a lot worse.

The surprising thing I discovered in my research, though, is how much is available from the Dene, Gwich'in, and Inuvialuit, the indigenous nations that live in the Mackenzie valley. 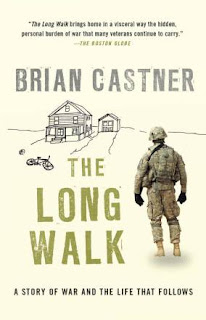 I decided from the moment that I began this project, that one thing I could provide, in a contemporary retelling, was a greater focus on Mackenzie's companions.

All the old biographies made it sound like he did all the work himself, when in reality he was accompanied by five voyageurs, two of their wives, and Awgeenah, plus two of his wives and two young Chipewyan hunters, who would supply the expedition with food. Each had an important role to play.

So as much as possible, I wanted to be able to tell their stories, and the stories of the people Mackenzie met along the way. In recent years, those nations, the Gwich'in especially, have published extensive oral histories. The Gwich'in are working hard to save their language; there's even a @speakgwichin Twitter account.

And so I was able to include incredible background and context for Mackenzie's journey, that would not have been possible even 10 years ago, before these elders were interviewed and their stories published.

Q: What would you say is Mackenzie’s legacy today?

A: Mackenzie is central to the history of our continent, but you wouldn't know it from his contemporary legacy; that's one reason I wrote the book, to hopefully remedy that a bit.

In the United States, Mackenzie is virtually unknown outside of history buff circles. That's unfortunate, as we Americans can certainly claim him -- he was a immigrant to New York City in 1775.

The lands he crossed eventually became part of Canada, but at the time he transited them, they were unmapped and subject to competing claims between the British, French, Spanish, and Americans, often fighting each other, and the indigenous nations whose lands they had usurped. It was an open question of which state or empire would rule North America. 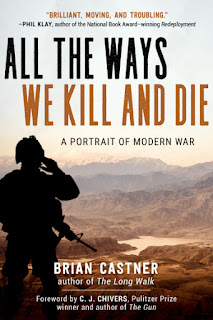 But even in Canada, Mackenzie is a figure a little like Daniel Boone or Davy Crockett, a name people know, even if they aren't sure exactly why.

I spoke with a historian at the Fort William Historical Park, the site of the old fur trading rendezvous on Lake Superior. The place is kind of like a Canadian version of Colonial Williamsburg in Virginia.

This historian was part of the bicentennial re-enactment of Mackenzie's 1789 journey, they dressed up in costumes and paddled birchbark canoes, and they gave presentations in schools.

Whenever they trotted out the actor playing Mackenzie, and asked the schoolchildren who it was, he said the kids all gave the same answer: Abraham Lincoln. So even in Canada, Mackenzie's stock is undervalued.

I should say, the obvious answer to this question of legacy is to note that the river Mackenzie paddled is now named for him. The Mackenzie River system is the second longest in North America, and the section I paddled, 1125 miles from Great Slave Lake to the Arctic, is so enormous as to defy comprehension. In many places, you can't even see the other side of the river.

A giant river should be a giant legacy. But having spent 40 days on that river, by the end, I stopped calling it the Mackenzie at all. In my own head, I use the traditional Dene name, the Deh Cho. Many Dene will tell you: "Mackenzie only paddled the river once, why did they name it for him?"

The Deh Cho is an ancient powerful river, and the Dene have lived on its banks for tens of thousands of years, and by the end of my trip, it felt presumptuous to label it with the name of a far away white man.

A: I love the challenge of narrative nonfiction, combining journals and newspaper stories and interviews and histories into one synthesized thread. My favorite books, like Tom Wolfe's The Right Stuff or David Grann's Lost City of Z, are stories that take you on a wild ride, and by the end you can't believe it's all factual and real.

So I hesitate to say exactly what the topic of the next book is, but it is historical narrative, involves the frozen north again, and includes every kind of disaster and calamity imaginable. Like Mackenzie, it's another case where I said, "How come I don't already know all about this?"

A: The most interesting person I met on my journey was a Sahtu Dene elder named Wilfred Jackson. He has lived most of his life on the land, in a network of camps that spanned hundreds of square miles, hunting and fishing according to the seasons.

I stayed in his home for three days, and he told me the most incredible stories. Nearly all of them were about change. About the snow coming later every year, about his grandchildren moving away, about the young people who would rather watch satellite television than take on his hard life on the land.

Every few hours, completely out of the blue, he would say, "Almost all the old timers are dead." He was so generous and gentle. And if our modern global economy doesn't destroy his nation, climate change will.