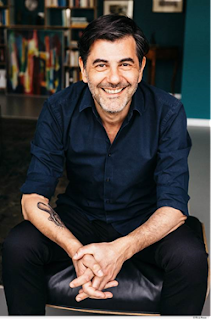 Mario Giordano is the author of the new novel Auntie Poldi and the Sicilian Lions. His other books include 1,000 Feelings for Which There Are No Names. He lives in Cologne, Germany.

Q: You’ve said that your character Auntie Poldi was based on your own aunt. What did you see as the right blend of reality and fiction as you wrote this novel?

A: I always had this mantra for writing: “Never private – always personal.” I never wanted to write about my private life, my family or my friends, but all my writing had to be personal in terms of feelings and authenticity.

With Auntie Poldi I broke this rule. My Aunt Poldi was just the perfect blueprint for the protagonist I needed for this series. But of course, I had to make her a fictional character. I added contrast and hue to her personality and gave her all the necessary aspects for her character. Unfortunately, she died in 2006 so I can’t ask her what she thinks about the fictional Poldi.

I didn’t actually have too much personal contact with my real Aunt Poldi, which is probably good because it freed me up to create a fictional character. (Though I found out much later that Poldi’s father was indeed a detective.) 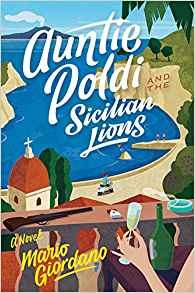 But since the first book came out in Germany, she’s been sending me little signs of approval from above: once in a while former colleagues or neighbors of hers write to me after they discover the book. They say that the character in the book pretty much matches the dramatic, caring and kind personality of my real aunt.

Same with my other aunts and same with the other side-kicks in the story. It’s like a walk on thin ice sometimes but a lot of fun too, because as always fictional characters develop their own lives during writing and emerge with particular personalities.

With the funny effect that the originals in real life see themselves a bit like my characters now. My Aunt Nuccia, for example, answers my phone calls with “Luisa” now and is always demanding more action for her character. So, I always have to explain, “Cara zia, sorry, this is not a contest. Your character has its own life and she’s not even asking me for permission.”

Q: You’ve written in a variety of genres—why did you decide to write the story of Auntie Poldi as a mystery?

A: Well, I was a little bit like the nephew in Auntie Poldi. For many years I too wanted to write a big multi-generational family saga about Sicily, Germany, immigration, history, whatever. But it just wasn’t working, I didn't have a real story nor protagonist.

So, I thought, let me try this again, this time with a genre I am familiar with: mystery. And I wanted to make it funny. Then I remembered my Bavarian Aunt Poldi, who moved to Sicily when she turned 60 in order to drink herself to death, which she managed to do. She was a very funny, glamorous and dramatic woman. We all loved her.

At that moment I immediately knew I would write a funny mystery with Auntie Poldi as a protagonist and myself as a clumsy, nerdy narrator. 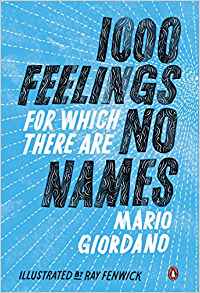 A: It’s tricky. I need to know beginning, middle and end. And when writing a murder mystery, you always need a lot of structure beforehand. But then during the writing process I dump most of my structure and just go with the flow, improvise a lot, follow my characters and embrace everything that’s coming to me.

The magic thing is, it only works out when I did a lot of preparation even if I dump it later.

Q: This novel is set in Sicily. How important is setting to you in your writing?

A: I see setting not only as some sort of narrative decoration but as another character. Which means that the setting has to become alive, has to interact with the other characters and has to add conflict to the story. But with Sicily, that’s easy. Sicily is always adding a lot of conflict.

A: Well… Poldi’s next case, of course.

A: You should definitely know where to get the best pistachio ice cream on the planet. So, go to Cipriani’s in Acireale in front of the church of S. Sebastiano. Have gelato or granita and order a brioche on the side or try the roasted almond ice cream and the incredible arancini al ragù.