Hilary Zaid is the author of the new novel Paper Is White. Her work has appeared in a variety of publications, including Lilith Magazine and Southwest Review. She lives in the San Francisco Bay Area.

Q: How did you come up with the idea for Paper Is White, and for your main character, Ellen?

A: I started writing little bits of Paper Is White when I first finished graduate school.

During my time in graduate school, where I was studying the poetry of the English Romantic period, my grandmother died. We had been very close throughout my childhood and, after her death, I started asking myself how what I was doing mattered.

The things that felt most significant right then were my connection to my grandmother and to the world she represented: she cooked delicious matzoh ball soup, spoke in bits of Yiddish and was a regular synagogue-goer and a Hadassah Woman of the Year.

That lived Jewishness was a piece of my family history that was disappearing with her. The sense of loss and urgency I felt about her death ultimately blended with a sense of historical loss and urgency about the disappearance of Holocaust survivors and their stories.

I was teaching undergraduate composition at UC Berkeley at that time, and so, I started inviting Holocaust survivors into my classroom through the Speakers’ Bureau at the Holocaust Center of Northern California. That was a profound experience and seeded some of the ground for this project.

Ultimately, I had to put the project aside, but those concerns had found their way into my psyche. I didn't take up the project fully until after my second child was born. And, at that point, Ellen herself woke up as a voice in my head who could not be ignored. 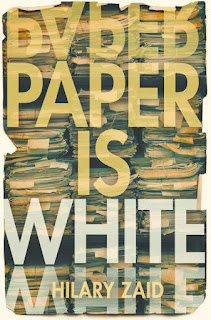 Q: Throughout the novel, which is set in the late 1990s, Ellen and her partner, Francine, are planning their wedding. What might have been different in these characters' lives if the book had been set today?

A: This is such a great question! When I started writing the novel—which I began writing in earnest in 2005 and finished (in first draft) in 2009—the state of Marriage Equality was in a very different place than it is now.

Outside the gay community, people weren’t talking about it much at all. Within the gay community, we were watching developments closely (as Ellen and Francine do), and my sense while writing was that the subject was moving under my feet.

It can take a very long time to write a novel—especially a first novel—and the idea of shifting the novel forward to try to make it “current” with the news can be crazy-making.

Though for a long time I had a prologue for the novel which I’d update and update with every development in current events, I realized fairly quickly that I had to plant a flag in a specific time period and not worry too much about what was changing in the world outside.

And I think the issue that would come to the fore would be the resurgence of fascist movements around the world, the spike in anti-Semitic acts around the world and here in the United States, and what would certainly be Ellen’s increasing sense of urgency that the stakes for documenting the experience of Holocaust survivors were very, very high.

A: Paper Is White spent most of the years of its creation without a title. I didn’t tell anyone except my spouse that I was writing a novel, so not having something to call it wasn’t a particular problem.

But I knew very clearly that I was writing a story about stories that remained unspoken and about the solidity of that kind of silence. So when I ran across the phrase, which comes from a lullaby recorded on Tanja Solnik’s Lullabies and Love Songs, I knew instantly that it was the title for this book. Incidentally, it’s a really beautiful song.

A: As a writer, I’m interested in what it’s like to be alive right now, so I’m working on another project that is sure to bedevil me again with the problem of chasing the moment.

The new novel is about a contemporary woman who is in love with the letter as an art form. She transcribes a love letter for a stranger, a young software engineer, and after he disappears, her search for the letter’s recipient brings her into a showdown with Big Data.

It’s a novel set in the world of surveillance capitalism about how it feels to be anonymous and what it means to be seen.

A: Ellen’s job as an oral historian is to remind us that things have not always been as they are now, and that’s an important lens through which I hope readers will read Paper Is White.

In relation to the issue of marriage equality in particular, it’s very tempting to feel like, because we’re culturally accepting of it now, we’ve always been OK with it.

In fact, the cultural shift on this subject is a very, very recent one. Marriage equality has only been the law of the land since 2015. That’s just three years. A whole generation—the generation of Ellen and Francine and the living generations before them—grew up in one world and is now alive in another.

Though we celebrate the new openness that has allowed people to live the lives we want to live, it would be a mistake to forget, as Faulkner famously wrote, that the past isn’t dead; it’s not even the past.