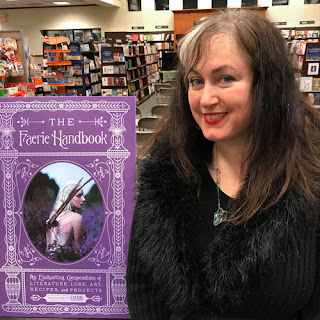 Carolyn Turgeon is the author of the new book The Faerie Handbook. She is the editor-in-chief of Faerie Magazine, and her other books include the novels Rain Village and Godmother. She lives in Baltimore, Maryland.

Q: How did The Faerie Handbook come into being, and how did you choose the various subjects to cover in the book?

A: An editor from Harper Design reached out to me after seeing Faerie Magazine, the quarterly print magazine I edit, and wanting to come up with some gorgeous tome in relation to the magazine and its subject.

We decided on a faerie handbook, though the magazine is more about general enchantment (and was described by The New York Times as what would happen if “Martha Stewart Living and Edmund Spenser’s ‘The Faerie Queene’ had a magazine baby”).

We’ve recently done themed issues on Practical Magic and Tolkien, for example—with no fairies (at least the winged kind) in sight!

Anyway, my editor suggested The Southerner's Handbook: A Guide to Living the Good Life by Garden & Gun, also published by Harper, as a model, and that’s when things fell into place. 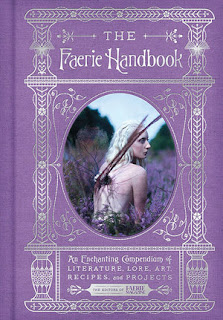 I sat down with Faerie Magazine founder Kim Cross and we came up with four sections that seemed full of possibility to us and contained all that a faerie handbook would need: Flora & Fauna, Fashion & Beauty, Arts & Culture, and Home, Food & Entertaining. Actually, we originally had a section on Fairy Tales also, but had to rein ourselves in a bit!

Q: The book includes really beautiful artwork--how was it selected?

A: It was a combination, really, of finding the most gorgeous and swoony classical, Victorian-era fairy art out there (that was available) as well as some of the most stunning contemporary fairy tale photography and crafts, etc., to showcase.

Some I pulled straight from Faerie Magazine, both the magazine and our social media. Russian photographer Katerina Plotnikova, for example, does jaw-dropping work photographing models with live animals in swoony Russian forests, and so we did a whole section on her. 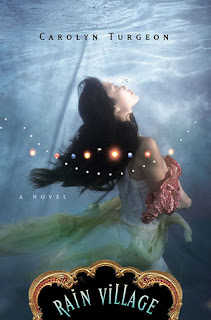 We’d featured photographer Kirsty Mitchell and her elaborate, flower-drenched scenarios from her book Wonderland in the magazine; one of her images made it onto the cover of The Faerie Handbook and we did a section inside on her as well. In our summer 2014 issue we looked at gowns made from live flowers, and we adapted that into the book. Etcetera.

Several artists did tutorials or recipes specifically for the handbook, and as with the magazine I asked people I knew would create the most beautiful imagery.

One shot I’m so glad we got in there was the photo that Marsha Steckling took of her mother Sharron Rhoads, who posed as a faerie queen just before her 80th birthday. I’d posted that image on our Faerie Magazine Facebook page and the response had been overwhelming and emotional; I knew we needed to include it in the book!

Ultimately, though, I provided a ton of images for the Harper team to sort through and make their selections from, and they did a stunning job putting it all together. 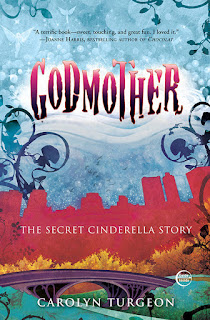 Q: Did you need to do much research to write the book, and if so, did you learn anything that particularly fascinated you?

A: Grace Nuth, who helped write the book, and I did a lot of research, actually, especially into old folklore and legends about fairies. There was a lot that I didn’t know or knew but hadn’t thought much about, including the fact that the Victorians really invented fairies as we know them (and as they’re typically imagined in the modern day, bewinged and dazzling).

Before that, they were much darker, more mischievous creatures up to all kinds of no good. I knew this, but hadn’t delved much more deeply into it.

I also hadn’t realized how influential Shakespeare was; A Midsummer Night’s Dream is referenced every few pages in the handbook, it seems!

Q: Who do you see as the perfect reader of this book?

A: I sort of describe the perfect reader in the book’s introduction: 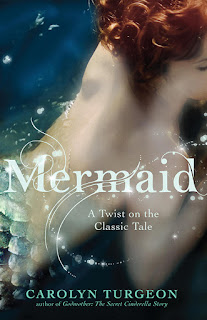 “The Faerie Handbook is for all those fairy lovers who want a delicious escape, who … love to read poetry and sip herbal tea on a fainting couch on a rainy afternoon in front of a fire, or walk in long dresses over dewy lawns, feeling the wet grass on their feet and watching the light break over the landscape. This is a book that is meant to stir up childhood wonders, whether it’s picking blueberries on a hazy summer afternoon or those countless hours spent obsessively poring over a treasured storybook filled with color-saturated illustrations you’re delighted to meet again and again. This book is for all those girls (and boys). The ones who love fairy tales and full moons and who’d love nothing more than to attend an extravagant tea party in the forest.”

Really, though, the idea was to make a wonderful, enchanted book that you could open to any page at all and be transported into, maybe after a long day of work and with a fire crackling next to you. 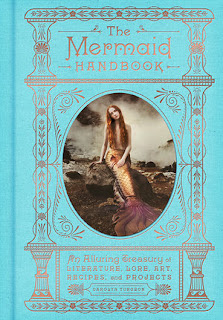 A: Well, The Mermaid Handbook, which is the follow-up to The Faerie Handbook, comes out in May, and is basically the same format and design and just as beautiful.

We’re doing a mermaid-themed issue of Faerie Magazine to coordinate with it, so I’m steeped in mermaids at the moment! I’ve been here before: in 2011 I published my third novel, Mermaid, and started a mermaid blog and went to mermaid camp at Weeki Wachee Springs, and had all kinds of other mermaidly adventures!

A: You might take a look at faeriemagazine.com to see what we’re up to at Faerie Magazine, and look at all the myriad ways that people incorporate enchantment into their everyday lives.

The Faerie Handbook is really an extension of that—it transports you into fantasy and folklore, but it’s also about the world all around us, and the magic hidden there.