Robert W. Merry is the author of the new biography President McKinley: Architect of the American Century. His previous books include Where They Stand and A Country of Vast Designs. He has spent many years as a journalist in Washington, D.C., including twelve years as CEO of Congressional Quarterly, Inc. He also lives in Langley, Washington.

Q: Why did you decide to focus on President McKinley in your new book?

A: He was not on my radar screen, though I was always interested in that period, and I had a favorable impression of McKinley, as suggested in my previous book, Where They Stand, which suggested he was underrated. Jonathan Karp at Simon & Schuster asked if I would like to rehabilitate the standing of Mr. McKinley.

Q: Your subtitle describes him as “architect of the American Century.” What were some of his actions that led the country in that direction?

A: It’s an audacious subtitle and is purposely audacious. He set the table for the 20th century. He was followed by Teddy Roosevelt, who never shared credit with anyone, and his biographers raised Teddy as the person who created America for the 20th century. I don’t think that was true. I think it was McKinley.

America became an empire in the McKinley years, acquired Hawaii, pushed toward the project of building the Panama Canal, crafted the concept of non-colonialist imperialism. The Boxer Rebellion led to the question of how we were going to treat China. He did not want to gain a colony, yet wanted to gain American influence. In his administration we fashioned the special relationship with Great Britain. There had been intermittent hostilities.

Q: Getting back to Teddy Roosevelt, could you say more about the differences between the two? 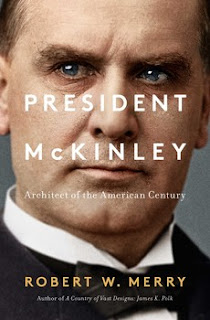 A: They couldn’t have been more different in temperament. Roosevelt was brash, bold, he marked his territory with audacity, he was competitive. His kids said he wanted to be the bride at every wedding and the corpse at every funeral.

McKinley was very unassuming. He hated bragging. He was the opposite of Roosevelt. Roosevelt operated as president through brashness. He took the American people on a roller-coaster ride. McKinley was cautious and careful. He nudged people in his direction without people knowing. He didn’t care about getting the credit. He was very different but very effective…

Q: What would McKinley think of American politics today?

A: He’d be aghast. But so would Roosevelt. Anyone from that period would wonder how we could get to this point that’s so rancorous. McKinley was a man of decorum, he wanted politics to be conducted in a decorous manner…he managed to keep good relations with people. 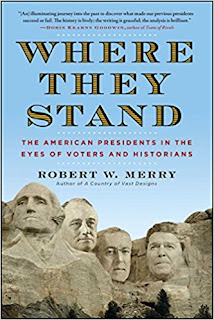 The modesty came from his family—his mother was on a train going to see the governor of Ohio, her son. She was asked if she had family in Columbus, and she said, I have a son there. She didn’t mention her son was the governor!

A: There hasn’t been a popular book about McKinley since 1959. It was unused territory since 1959. I had difficulty initially—I didn’t understand McKinley and how he operated stealthily, so I thought he was boring. He didn’t keep a diary, and there were very few letters in the archives.

I had to rely on people writing about their experiences with him, so I had to cast a huge net. It was somewhat frustrating. But as I began realizing how he was operating, it became an exercise in explaining what he was up to.

What did I use? Archival material at the Library of Congress, papers at the McKinley museum in Canton, Ohio, an awful lot of newspapers, The New York Times and The Washington Post day-to-day through his presidency and leading up to it. Newspapers are always a great source.

Q: The book’s discussion of McKinley’s relationship with his wife was really interesting—can you describe that dynamic? 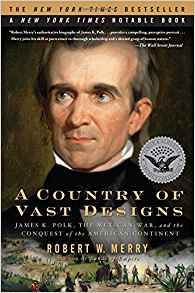 A: I learned as I went, and it became increasingly intriguing. Ida Saxton was the belle of Canton, Ohio. Her grandfather had brought a printing press by oxen cart to start a newspaper, and her father used those resources to get into mining, which was very lucrative, [and banking].

Ida grew up in luxury, was very attractive, had a lot of suitors. Her father believed there was no reason she couldn’t have the same job a man could have, and he had her running the bank, effectively.

McKinley was in love with her from the minute he set eyes on her. They got married, had a daughter, and everything seemed wonderful.

When she was pregnant the second time, everything started to go awry. Her mother was sick, her second daughter was sickly and died of cholera, Ida went into a terrible depression. She probably never quite survived it—she had a carriage accident that must have damaged her spine. Sometimes she could walk, but she was always very careful.

She developed epilepsy, and would have fits. Her husband had to be very concerned about it. It was assumed epilepsy was a mental disease. William McKinley resolved he would never allow her to be put in an institution, and he would care for her. He never slackened in his devotion to her, through a lot of difficult times. She became somewhat brittle, and could be peevish, but he didn’t care. He continued to be devoted to her.

Q: What do you see as McKinley’s legacy today?

A: It’s in the subtitle; he was the architect of the American Century. He was president when it became clear how much potential America had for projecting power outward. We were developing a big Navy, developing the Panama Canal, obtaining Hawaii.

He went to war with Spain—it was clear he wanted Spain out of the Caribbean. The Cubans wanted independence from Spain, and he wanted them out without war, but that proved impossible. There was a three-month war, a “splendid little war” as John Hay called it. We picked up Cuba [and gave it independence] but also picked up Puerto Rico, Guam, [the Philippines].

A: I’m editing The American Conservative magazine, but I know I will want to do another book. I did Polk and attempted to bring him from obscurity, I did McKinley, I don’t see another president that deserves to be brought out from obscurity.

Q: Anything else we should know about the McKinley book?

A: One interesting thing was he was much more calculating than it appeared. He was viewed by some as a passive guy buffeted by events, but those who knew him well knew he was a man of great resolve…He was the nicest guy in the world, but he wanted his way and he got his way. A lot of people underestimated him, to their great detriment…

--Interview with Deborah Kalb. Here's a previous Q&A with Robert W. Merry.
Posted by Deborah Kalb at 6:18 AM