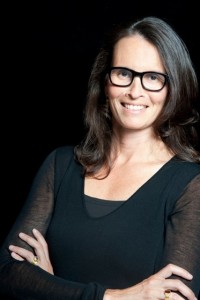 Karen Shepard is the author of the new story collection Kiss Me Someone. Her other books include The Celestials and An Empire of Women, and her work has appeared in a variety of publications, including USA Today and The Boston Globe, and she teaches writing and literature at Williams College. She lives in Williamstown, Massachusetts.

Q: In the acknowledgments, you note, “These stories cover over thirty years of writing.” How do you think your writing has changed over this period?

A: Wow, way to start with the easy ones! I am probably the least-qualified person to answer this question. It’s hard to get outside of your own work and see it with that kind of critical eye.

My obsessions are still my obsessions, I think: the value of mysteries, of not knowing even those we’re supposed to know best; the power dynamics of social relationships: friends, families, towns, races, ethnicities, spouses, children; the possibilities of taking responsibility for the role we all play in the situations in which we find ourselves.

What’s changed the most is probably the way I explore those issues. My early stories were almost exclusively first-person, somewhat autobiographical. 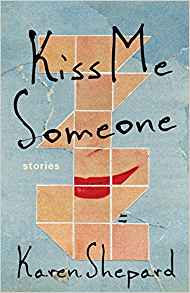 I’ve become more interested in exploring other stylistic tools: different points of view, a narrative voice that can move through time and space in extreme ways, different settings, different time periods. I’ve become more dedicated to expanding the worlds and the characters that I can try to empathize with since that seems like the central reason I write: to expand my empathetic ground.

Q: How did you choose the title for the collection (also the title of one of the stories), and which themes do you see running through the book?

A: For a long time, I thought when I eventually had a story collection I’d call it Girls Against Boys. Then, once I started accumulating the actual stories, started seeing some of the recurring themes, I started joking that I should call it Sad, Angry People Having Creepy Sex.

Then, I was rereading Paula Fox’s brilliant novel, Desperate Characters. There’s a moment when one of her characters sees some graffiti on the side of a phone booth, and there was my title: Kiss Me Someone.

The phrase seemed like an interesting mix of demand and plea, and seemed to encapsulate something about the ways that sadness and anger combine to produce self-destructive behavior in so many of my characters. 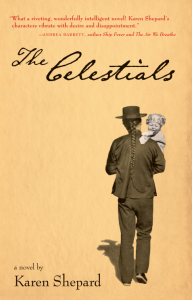 My characters are often extraordinarily self-aware, they know their own worst instincts, yet they are unwilling or unable to resist those instincts.

Often, it’s sadness and anger that contribute to that inability. But, paradoxically, it’s also that self-awareness that often allows them to offer compassion to those they care about, and sometimes, even themselves.

A: That was hard! As you point out, some of these stories are over thirty years old, and the most recent one was written just this year. How do you take a lifetime of work and order it into a relatively coherent whole?

What I tried to do was organize them by age of protagonists. My thinking was that I was interested in these same pressures--sadness, anger, compassion, self-destruction, self-preservation—at different ages. What do those pressures produce in a tenth-grader? What do they produce in an 80-year-old man?

But the problem was that so many of my stories are told from weirdo points of view: multiple third-person, omniscient, first person plural, so it become sort of impossible to organize them that way. All this to say that there’s probably no method to my madness at all. 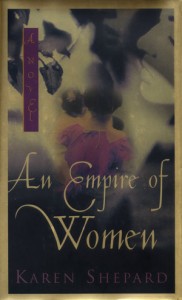 Q: As someone who writes short stories and novels, do you have a preference?

A: I tend towards novels, which is sort of odd given that I’m often interested in microscopic looks at hermetically-sealed worlds—a marriage, a parent-child relationship, a small town. I suppose the novel allows me the room to examine those worlds, to discover the ways that even the most sealed-up worlds are like tightly-packed universes.

A: Grading student papers! I teach at Williams College, usually one semester a year, and in my teaching semester, I get very little writing done.

Come spring, I’ll have less teaching and, hopefully, more writing. I’m trying to get going on a new novel about the first Westerner to bring a live panda back to the States, but I am a genius at procrastination, so probably, I’ll spend the spring reorganizing my sweaters.

A: Well, only that the holidays are coming, and Kiss Me Someone makes an excellent gift for pretty much everyone. Multiple copies, even better. Think of it as putting food on my children’s table.

--Interview with Deborah Kalb. Karen Shepard can be reached on Twitter @karenlshepard.
Posted by Deborah Kalb at 5:18 AM