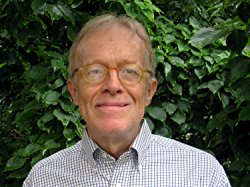 David Stipp is the author of the new book A Most Elegant Equation: Euler's Formula & the Beauty of Mathematics. He also has written the book The Youth Pill, and his work has appeared in a variety of publications, including Scientific American and The New York Times. He lives in Boston.

Q: You've said you were inspired to write your new book by acting as your son's high school math coach. How did that lead to the creation of this book?

A: My son was driven to draw from an early age, and by his junior year in high school it was clear that he’d major in art in college. Not surprisingly, he found math classes very boring—his math worksheets often featured elaborate doodles that he’d clearly focused most of his attention on.

So I began wondering how I might get him more interested in math. I had no wish to try to turn him into a math lover like me, but I didn’t want him to lose out in the college entrance game because of bad math grades.

In the end, he managed to do OK in math. But after he left for college, it belatedly struck me that, like many people, he’d never experienced how provocative, surprising, and beautiful mathematics can be—math classes generally don’t convey that to people who aren’t drawn to the subject.

Pondering that, I started musing about taking math-averse people on a tour of a high point in math as a time-efficient way to give them a sense for what’s deeply cool about the subject. Then I ran across a survey of math experts that named Euler’s formula as math’s most beautiful equation. That did it: I set out to write a revelatory ode about math based on it.

At first I planned to just do a short essay to explore whether I could explain the formula in a way that might interest people who know little math and perhaps never liked it. (Which includes my wife, who kindly served as a test reader.) But somehow things got out of hand and I wound up writing a book.

Q: "Its simple looks are deceiving," you write of Euler's formula. Why is that, and how would you describe the formula? 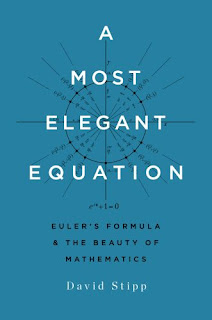 A: Euler’s formula is an equation with just five numbers—it has no arcane symbols, or even x’s. Attributed to 18th century Swiss mathematician Leonhard Euler, it’s usually written eiπ + 1 = 0. While three of the numbers are designated by letters—e, i and π—its basic format is as simple as 1 + 1 = 2.

But it’s a stunner under the hood. For one thing, the numbers are arguably math’s five most fundamental quantities. They arose in different historical contexts and thus would seem to be totally unrelated. Yet the equation suggests they’re closely connected—it’s as if the top five lottery winners of all time turned out to be quintuplets who were separated at birth and raised in different families.

And when you delve into the formula you find a wonderful set of hidden connections among big ideas ranging across the history of math.

They include the circle-related number π (which turns up so often in math that one famous mathematician said it even seems to come down the chimney), the number e (another fascinating, Zelig-like player in math), the nature of irrational numbers (whose discovery, legend has it, led to a murder in ancient Greece), and infinity, perhaps the most deeply puzzling concept humans have ever pondered.

High school kids typically go over these numbers and ideas without realizing they’re deeply linked. So I see the formula as a kind of Rosetta Stone that can be used to reveal what a lot of basic math means at a deeper, and more engaging, level than most people have been given to understand.

Q: Can your book be appreciated by math-phobes as well as those who love math?

A: I wrote it assuming that readers would know something about decimal numbers, fractions, percentages, and the like—the basics needed, say, to calculate a tip—but wouldn’t necessarily remember the algebra, geometry, etc. they covered in high school. 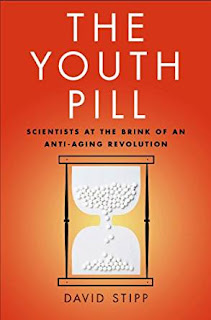 Truth be told, though, I did include a number of equations, along with lots of explanatory hand-holding of course—I felt that writing about math’s most beautiful equation without showing some equations would be like doing a book on van Gogh’s "The Starry Night" without including a sizable image of it.

But the book largely describes rather than shows the math, and so I would hope that even confirmed math-phobes might get a reasonably good idea from it about what makes great math as provocative and beautiful as great art or literature.

Q: What is Euler's legacy today?

A: Euler was history’s most prolific mathematical innovator, and his work is effectively embedded in technology all around us—everything from the design of electrical circuits to the analysis of online social networks.

Even Hollywood has taken note: In the movie Hidden Figures, one of the female NASA scientists featured in the film gets excited about using an approximating technique called “Euler’s method” to help determine trajectories for 1960s spacecraft.

Intriguingly, Euler’s formula seemed to have little bearing on the real world at first, but about a century after Euler died the math behind it was discovered to have a great many applications in engineering and physics.

I find this deeply interesting—it’s as if an abstract pattern in an 18th century tapestry were later discovered to be a basic circuit design for amplifiers now used in everything from radios to the internet. This sort of thing has occurred many times in math history, and the book offers some possible explanations.

A: At the moment I’m writing an op-ed about math education—its venue remains to be seen. The point will be that our national innumeracy problem (as one pundit put it, three out of two Americans are confused by fractions) isn’t just a math-anxiety issue. It’s a fear and loathing one.

And while educators have tried hard to reduce math anxiety, they’ve paid comparatively little attention to the fact that a large segment of the population actively dislikes math. Typically, math hate becomes entrenched in high school. The article will suggest ways to address this problem without greatly watering down the current high school math curriculum.

A: You might be wondering whether my son liked the book. Unfortunately, I can’t answer that yet. I recently sent him a copy—he now works as an artist for a computer-game company in LA—but he’s been too busy to read it while trying to meet a deadline.

I’m pretty sure he’ll delve into it before long, though, and I told him that I’m looking forward to seeing his copy after it’s been decorated with a lot of very impressive doodles.