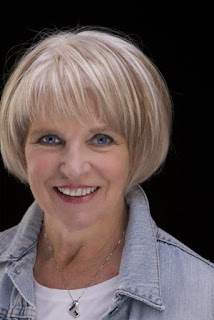 Randall Platt is the author of the new young adult historical novel The Girl Who Wouldn't Die. Her other books include Incommunicado and Liberty's Christmas.

Q: How did you come up with your novel The Girl Who Wouldn't Die, and for your main character?

A: Like many writers of historical fiction, I seemed to have latched onto a certain period. In my case, it’s World War II and the myriad stories therein. Several of my previous novels take place during the war, only on the Homefront, here in the USA.

Most writers learn to live on a shoestring. That means shopping thrift stores and garage sales. At many garage sales, there is a “free box” at the end of the driveway.

Several years ago, I was pawing through a “free box” when the orangish color of an old paperback caught my eye. The Cigarette Sellers of Three Crosses Square came home with me - free, compelling and perhaps the basis for a novel.

This little-known story about a handful of kids surviving the Nazi-occupied streets of Warsaw by selling cigarettes grabbed me from the start.

Coming up with my character, Arab, took some doing. At first Arab was an adult male, then Arab was a teen male, then I thought, nope! Arab has to be a girl. A street-wise, dangerous, capable girl who stands up, stands out, and resists - which, oddly, were themes that seem to fit today - even though first drafts were done well over 10 years ago. 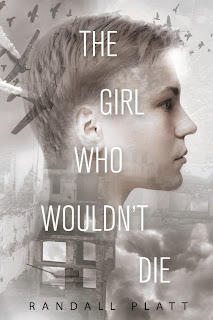 A: Oh my gosh! The research! I would guess (and I have my records in a database) I read over 40 books of personal accounts, countless articles, films, newsreels. What surprised me the most was the heroics performed by “everyday” people who put their lives at risk to help others.

A: Outside of enjoying a good story, a writer always wants readers to see things from a different point of view - what was it like? How do historical events relate to things happening today? How would they react?

And with this book specifically, what would YOU do? How far would you go to save a child? I wrestled with that during at least seven major revisions of this book. 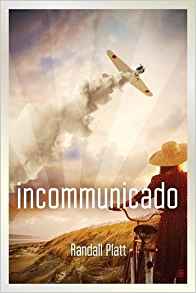 Q: Your previous novel, Incommunicado, is also set during World War II. What inspired that book?

A: Ha! I love Incommunicado! (Pour a drink and sit down.) Years ago - I would say at least 30 - my husband and I were in a small town on the Oregon coast, having a drink in a cheesy bar. There was a couple, very drunk and very much in love, dancing to no music. His face, his smile, his moves - who was this guy? Old beach bum.

Which begged the question - what is it about a small beach town that seems to attract such types? And that was the beginning of the book - only, just like with The Girl Who Wouldn’t Die, it took years and several incarnations of the story before I got it right.

Finally, it occurs to me - who best to tell the story of a war within a war - Japanese internment - than an innocent? The drunk dancer of decades ago became Jewels, 12-year-old girl trying to save her best friend, a Japanese-American, from the FBI and internment authorities. 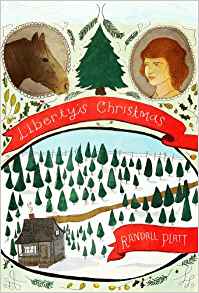 A: I have a new middle grade novel coming out October 2018 from HarperCollins. After working for so long (and so hard) on my last two releases about wartime, I wanted to write something completely different and, well, more funner!

Again, going back several years - An earlier novel, The Likes of Me, was about a half Asian, half Caucasian, all albino girl becoming a sideshow sensation. Her stepmother, Babe, was a giant who had a rough childhood being exploited.

For all these years, I have wanted to return to Babe’s story and see what life as a girl giant might have been like. So, right now I’m meeting editing deadlines for Professor Renoir’s Collection of Oddities, Curiosities, and Delights. The world’s largest and the world’s smallest girls run away from a cheap carnival, taking with them three aging animals, destined for the taxidermist.

A: Since I write primarily historical fiction, I have been cultivating Slangmaster, my interactive database of slang and expressions. Each entry has the definition, the date it came into the written lexicon, a viable source of that information (over 220 sources), the type of slang it is (over 200 categories) and a sample sentence.

I am just this week closing in on 40,000 entries. I need to get a life. Therefore, I play a wicked game of handball three times a week.