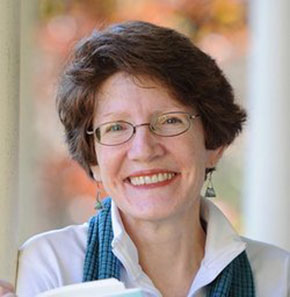 Kathryn Erskine is the author of The Incredible Magic of Being, a new novel for kids. Her other books include Mockingbird and Mama Africa!. She lives in Virginia.

Q: How did you come up with the idea for The Incredible Magic of Being, and for your main character, Julian?

A: Like all of my fictional characters, Julian popped into my head unannounced. I never know where they come from, or why, until I start writing down what they say, how they interact with a variety of characters who also arrive in my head, where they live, what’s bothering them, and eventually I figure out the real life circumstances that gave birth to them.

I started this novel not long after cancer treatment and I think my appreciation for life, and a feeling of urgency to experience and enjoy everything we can, even when things (and people) around us aren’t perfect, came through in Julian and the story itself.

Of all my characters, Julian is the most like I was as a child — except I didn’t say all the things he does, only thought them (I figured people might think I was crazy!).

I’m sure there are other kids out there who are observant, feel things strongly, worry, have anxiety, and also have so much curiosity that they want to learn about everything.

That’s why I included the “FARTS” — Facts And Random Thoughts — because so many of them are good jumping off points for more questions or research. 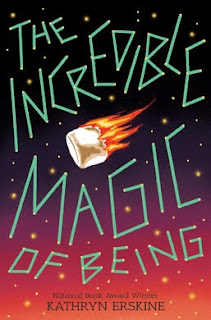 A: I had no idea what would happen in the story, and that’s almost always true of my writing. At some point, often halfway or two-thirds the way through, I get an idea of the ending but I’m not entirely sure how to get there. It’s not the most efficient way to write but the journey is always interesting!

The character who was the most difficult for me was Mr. X because I couldn’t get a handle on him for the longest time. I even tried to write him out but (as he’d already told me in his grouchy voice) it didn’t work. Now I know why it was so hard but at the time he was still a mystery.

Q: One of Julian's interests is space and constellations. Why did you choose that as a theme, and did you need to do any research?

A: I research excessively even if I feel I know the subject well, and in this case I’m only a very amateur astronomer, enjoying looking at the constellations and experiencing cosmic events (I traveled to South Carolina so I could see the total solar eclipse!). 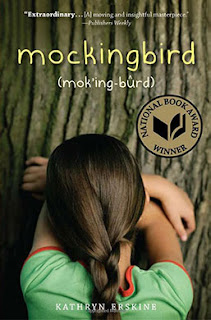 I sometimes regret not going into the sciences — I practiced law — because I was fascinated by science as a kid, but I think classes, in my day, started making it feel dull and flat.

I was pretty sure Julian knew a whole lot more about the universe than I did, so I took an astronomy course, which was fascinating. It also meant I had two experts, the instructors, of whom I could ask questions about telescopes and all things celestial.

And I could actually look through various telescopes out in the field and in an observatory, and decide what Julian’s focus would be — finding a comet despite all of those Messier objects.

A: There are so many, it’s hard to choose! I think Kelly Starling Lyons writes perfect picture books and I aspire someday to master the art as well as she has. Sudipta Bardhan-Quallen has a knack for great humor, while others like Maha Addasi and Kristy Dempsey can write gentle pieces that evoke a special time or place.

For novels, there’s a whole host: Meg Medina, Lamar Giles, Tracey Baptiste, Linda Urban, Gary Schmidt, Mitali Perkins, M.T. Anderson, Jason Reynolds—I could go on and on. They inspire me, not in subject matter or specifics necessarily, but I’m inspired to write the best book I possibly can because theirs are simply stunning. 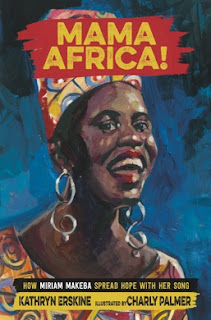 A: I’m always affected by events around me so my work is bordering on the dystopian lately, but there’s always hope in anything I write.

I’m working on a picture book biography (my first, Mama Africa, just published in October 2017), a dystopian novel where the kids save the day (of course!), a novel in verse set at Monticello around the time Jefferson dies, and another verse novel for young adults which is still in the early stages.

A: Like Julian, I believe there are unexplained phenomena out there that may one day be explained; for example, when you have a sudden feeling that someone is hurt and find out they were just injured, or you think of someone you haven’t thought of in ages and the phone rings and it’s that person, or you feel an urgent need to make sure your passport is valid and then minutes later are asked to go on an international trip.

Sure, we can explain things away as coincidence but eventually it becomes too much of a coincidence that these things keep happening. I think we’ll eventually find out a very logical explanation for all of it. Until then, I’ll just call it the incredible magic of being.