Diana Preston is the author of the new book Paradise in Chains: The Bounty Mutiny and the Founding of Australia. Her other books include Before the Fallout and A Higher Form of Killing. She lives in London.

Q: How did you come up with the idea for Paradise in Chains, and what did you learn in the course of your research that especially surprised you?

A: A few years ago I wrote a A Pirate of Exquisite Mind about William Dampier, the 17th century buccaneer turned explorer and naturalist who was the first Briton to land on and write about the Australian continent 70 years before Captain James Cook.

Fascinated, I researched other Pacific explorers and expeditions. I discovered that the decisions to send convicts from Britain to Australia to make the first European settlement by founding a penal colony there and to dispatch William Bligh to Tahiti to fetch breadfruit seedlings shared a common sponsor – the famous naturalist Sir Joseph Banks who had visited both Tahiti and Australia with Cook.

At one stage, with the British government’s consent, Banks planned the expeditions as a single venture, an idea he only abandoned a week before the convict fleet’s departure.

The two stories, both so full of human drama, intersected again when the British naval captain Edward Edwards, sent to round up the Bounty mutineers, encountered and arrested nine convicts - including a highwaywoman, Mary Bryant, and her husband – the first people successfully to flee the rigors, disease and hunger of the new penal colony. Edwards shipped both Bounty mutineers and convicts home together in chains for trial.

The two stories became further intertwined when, in 1805, Bligh was appointed governor of the penal colony where in 1808 he suffered another mutiny.

What also stood out were three remarkable open boat voyages. After the Bounty mutineers cast Bligh and loyal crewmen adrift, Bligh succeeded in bringing them safely to Kupang in Timor after a 3,600 nautical mile, 47-day odyssey. The Bryants and their fellow escapees completed their own epic open-boat journey of 3,254 nautical miles from Port Jackson, modern day Sydney, also to Kupang, taking 69 days. 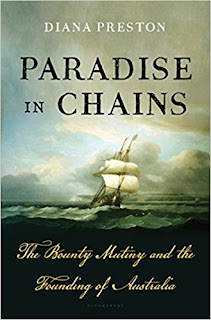 Finally, after Edwards’ ship HMS Pandora was wrecked on the Great Barrier Reef, he successfully brought the starving, sun-blistered survivors, including several mutineers, in four open boats to Kupang after a 1,200 nautical mile voyage. There he captured the fugitives from Port Jackson.

Among other surprises was how sympathetic the British public was both to the Bounty mutineers and the escaped convicts when they heard their stories.

But of course this was the time of the Enlightenment, of ideas about people’s natural right to live free, of Thomas Paine’s Rights of Man, of the American War of Independence and of the French Revolution, William Wilberforce’s anti-slavery campaign and Mary Wollstonecraft’s writing about the rights of women.

Attitudes towards crime and punishment, personal liberty and sexual freedom (the latter stimulated by stories of free love in Tahiti) affected events in a way I’d not anticipated.

Q: What are some of the most common perceptions and misperceptions about the mutiny on the Bounty?

A: The most common misperception is that William Bligh was a physically sadistic brute, ready to flog his men for the slightest reason.

I was fascinated by the more complex picture revealed in documents of the time. Bligh flogged fewer men less frequently than most captains who ventured into the Pacific. He was a good husband and father and a brilliant navigator. His success in bringing himself and the men cast adrift with him by the Bounty mutineers to safety ranks with Ernest Shackleton’s achievement in reaching South Georgia after his ship Endeavour was crushed by the ice in the Antarctic.

Bligh was, however, a mental if not physical bully. His chief weapon was sarcasm and he seemed to enjoy verbally humiliating people in public, something which caused the sensitive Fletcher Christian to snap and infuriated even one of Bligh’s own closest relations who later served with him. 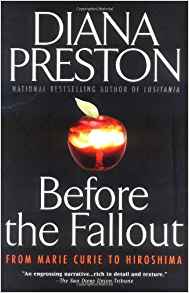 Bligh was also status-conscious, sycophantic to his seniors, avaricious, ambitious and jealous of talented rivals. His immense self-belief, self-confidence, and disregard for others served him well in his leadership of the open boat voyage but were serious disadvantages at other times.

Other common misconceptions: That Fletcher Christian was an eager mutineer and a particularly strong character. He wasn’t. He was, however, a popular charismatic man – neither mutineers nor, less expectedly, loyalists in their accounts criticized him. Rather than rushing into mutiny, Christian’s initial reaction to Bligh’s final insults was to go overboard alone on a plank raft in a virtually suicidal attempt to reach a distant island. His leadership soon fell apart after the mutiny;

That the desire to return to their Tahitian “wives” was the overriding reason many joined the Bounty mutiny. Bligh alone alleged this. Others, mutineers and loyalists alike, blamed Bligh’s behaviour.

That the Bounty mutiny was one of the worst in the Royal Navy in this period – it wasn’t. No one died or was even injured. There were more serious mutinies elsewhere. What made the Bounty story stand out to the public of the 18th century, much it does to us today, was the extraordinary circumstances of the exotic location, the reputed lure of the Tahitian women and the clash of personalities on board, so well documented in journals, books and court martial records.

Q: What impact did the British have on the Pacific Islands and Australia in this period, and what do you see as the legacy of this interaction?

A: A Tahitian account of the islanders’ reaction to the first foreign arrivals aboard the British ship HMS Dolphin suggests the islanders were initially awestruck at what seemed to them “a floating island” but then attacked the Dolphin in war canoes to be driven off by cannon  - a weapon unknown to them – only for a friendship to develop, leading to those on both sides weeping at parting. 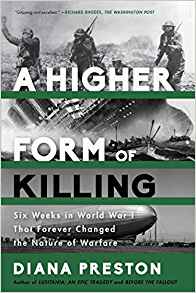 This pattern of friendship interspersed with misunderstanding and violence typified relations between the British and the Pacific islanders, not only on Tahiti but elsewhere such as in Hawaii where islanders clubbed Captain Cook to death in 1779.

In Tahiti friendly relations, once established, persisted and the island swiftly acquired a reputation as a lotus-eating, permissive Utopian paradise.

However, by the time of Cook’s final visit – Bligh was with him - Cook could already foresee the catastrophic consequences of the Europeans’ arrival, bringing venereal and other diseases and giving the islanders an appetite for firearms and alcohol. When Bligh returned on the Bounty he also decided the Tahitians would have been better off if the foreigners had never come.

What happened in Australia was much worse. The Tahitians had rulers and a social structure that the status-aware British could relate to and respect. The Aboriginal people who lived communally with few possessions seemed to the British more primitive.

Although Captain Arthur Phillip, commander of the fleet bringing the first convicts to Australia, tried to interact humanely with the indigenous people and learn their customs, the British swiftly appropriated the Aboriginals’ lands, fishing and hunting grounds. Smallpox and other "foreign" illnesses decimated their communities even more than those on Tahiti.

A: The title is my attempt to encapsulate the book in three words. It reflects the irony that from the moment Europeans first encountered the beauty of Tahiti and of its people who appeared to lead an effortless existence plucking fruit from the trees in a sexually permissive Utopia, they without exception described it as a paradise on earth.

Yet the arrival of newcomers in the South Pacific – not just of sailors in Tahiti but also of literally enchained convicts in Australia – subjected and subsequently subjugated the indigenous peoples to the new arrivals’ ideas, diseases and greed with disastrous consequences, fettering their cherished freedoms and cultures for generations.

And although less significant for the region, after their break for freedom both the Bounty mutineers and the escaped convicts were once more put in chains for shipment back to Britain.

A: As well being interested in exploration, I’m drawn to big strategic subjects closer to our own times, hence my books like Before the Fallout: From Marie Curie to Hiroshima about the development of atomic science and A Higher Form of Killing about the first use during World War One of new weapons like submarine-fired torpedoes, aerial bombardment and chlorine gas – the latter sadly familiar today from reports from Syria.

My next subject will be the 1945 Yalta Conference, a human drama in which Roosevelt, Churchill and Stalin planned the end of the “hot war” and in their decisions about the partitioning of the post-war world inaugurated a “cold war.”

A: Recently I was delighted to act as historical consultant and to appear in National Geographic TV’s newly-transmitted Origins series exploring important milestones in our human story.

--Interview with Deborah Kalb. Here's a previous Q&A with Diana Preston.
Posted by Deborah Kalb at 5:26 AM