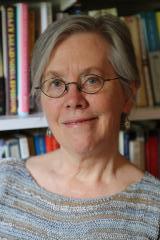 Jan English Leary is the author of the new story collection Skating on the Vertical. She also has written the novel Thicker Than Blood, and her work has appeared in a variety of publications, including Pleiades and The Literary Review. She lives in Chicago.

Q: Over how long a period did you write the stories in Skating on the Vertical, and do you see common themes running through them?

A: These stories were written over nearly 20 years. I’ve revised them, of course, but they represent years of my development as a writer. Common themes would be family harmony vs. dysfunction, maternity vs. infertility, intimacy vs. isolation.

Q: How did you decide on the order in which the stories appear in the collection?

A: I had a sense of which stories should anchor the collection at the beginning and the end, so I placed them before the others. Then I tried to vary the length and to avoid placing similar themes and ages of main characters too close together.

I wish I had a clearer reason for the order. It was mostly a sense of trying to balance them. When I open a collection, I rarely read straight through, so I figured the order wasn’t a magic puzzle I had to figure out. I’m sure someone else might order them differently. 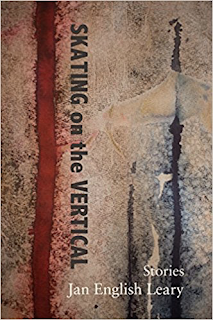 Q: How did you choose the book's title, which is also the title of one of the stories?

A: I knew I wanted a title of one of the stories. I considered several different stories before landing on this one. For a long time, the collection contained a story, “Frequent Losers,” that was going to be the title, but then I removed it from the collection and rewrote it as a chapter in my novel, so I had to find a new title.

I toyed with calling it Eunuchs because I like that story a lot, but Marc Estrin at Fomite didn’t think it reflected the collection as a whole. And he was right. I realized that Skating on the Vertical gives a sense of disequilibrium that speaks for the whole collection.

By the way, my husband painted the cover image. I told him I wanted something that conveyed verticality and instability, and he came up with the painting that I really love. I am glad he didn’t have to figure out what to do for Eunuchs.

Q: The stories vary in length. Do you have a preference?

A: For a long time, my stories ran just around 15 pages. During my MFA program, I became interested in flash fiction. Those very short stories tend to be my more experimental ones. The stories I’ve written in the past few years have tended to be longer. I have no preference. The story pretty much dictates its own length. 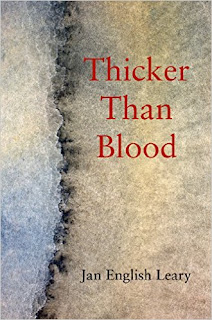 A: I am working on a novel with two points of view of two young women who grow up in the same rural college town. They exist on parallel tracks due to social class, but their lives intersect over a shared experience.

I am interested in the ways by which two people can grow up in the same small town but because of income and family expectations, their lives take very different paths. It’s a novel about forgiveness and what constitutes home and family.

A: It’s kind of a personal mission to be a champion of the short story because I feel the form isn’t given its due. In MFA programs, they are tacitly seen as the starter form for beginners whereas the novel is for the big kids. So wrong.