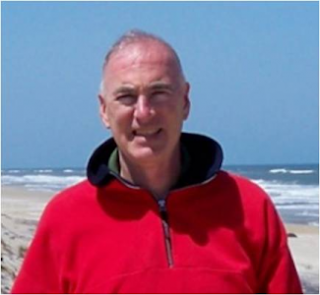 Daniel P. Bolger is the author of the new book Our Year of War: Two Brothers, Vietnam, and a Nation Divided. It focuses on the Vietnam War service of former senator and defense secretary Chuck Hagel and his brother Tom. Bolger served in the U.S. Army for 35 years and retired as a lieutenant general. His other books include Why We Lost and Death Ground. He lives in Raleigh, North Carolina.

Q: Why did you decide to write this book focused on Chuck and Tom Hagel, and how unusual was it for two brothers to serve in the same platoon during the Vietnam War?

A: The idea for the book came from E.J. McCarthy, my long-time editor and now my agent. An author we both respected greatly, the late Keith W. Nolan, had been researching one of his many fine Vietnam military histories when he learned about the Hagel brothers. Sadly, Keith died before he had time to follow up. But E.J. and I talked about it and the idea really resonated.

I had met Chuck Hagel once as a senator and once when was the secretary of defense. That time in Vietnam shaped him and his brother Tom. And their time in Vietnam in that terrible year of 1968 seemed to me to be the part for the whole, offering some real insight into what Americans did in Vietnam, and what Vietnam did to us in America.

It was—and is—pretty unusual for two brothers to serve in the same small unit. In World War II, the five Sullivan brothers died together when their light cruiser went down off Guadalcanal in November of 1942. 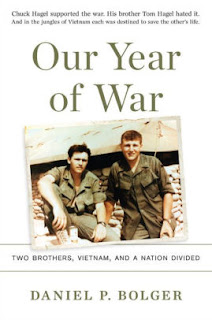 Since that time, the U.S. Armed Forces have tried to separate brothers and sisters (and serving parents, too) to try to avoid losing a whole family in one incident. But individuals can volunteer to serve together, what in civilian life might be called signing a waiver.

Chuck and Tom requested to serve together. Their leadership agreed. There were a few other cases in Vietnam. But such assignments were and remain relatively rare, especially in a small front-line combat units of a few dozen troops.

A: I relied on the extensive U.S. military records and personal accounts now available from the Vietnam War. There are a lot of official documents, maps, diagrams, and photographs. Moreover, many veterans have written their own detailed accounts. Setting the military context drew on these fine sources

In telling about what happened at home, I relied on the local news reports and personal recollections of those who lived in Nebraska in the 1960s. Our country was going through a lot in that era: race riots, political unrest, assassinations, and radical violence. Nebraskans were not spared. The Hagel family was right there. 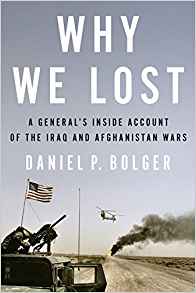 Of course, Chuck and Tom Hagel provide the major personal perspectives. Along with the interviews we did, both brothers also made available a number of key items from personal archival sources. Of note, their younger brother Mike, a graphic artist, carefully preserved family and personal Vietnam photographs from the 1960s. They were very generous with their time and truly candid in their comments.

Chuck and Tom were right in the middle of several major operations, like the Tet Offensive in January and February of 1968 and the heavy fighting in South Saigon in May that same year. It’s amazing they came through OK, and that only after five Purple Hearts between them. Because of my own combat service in Iraq and Afghanistan and 35 years in the U.S. Army infantry, I could connect some dots that others might miss. I think I’ve gotten it mostly right.

When I wrote the book, what most surprised me was the dire situation at home and abroad for Americans in 1968. I was in grade school in the Chicago suburbs at the time and knew things seemed to be falling apart. But I did not know the half of it.

We sometimes think present discord is bad—and it can be—but that of 1968 saw troops in American streets, civil leaders slain by angry shooters, and hundreds of dead monthly in a no-win struggle in Vietnam. We got through it. But it all resulted in major societal changes—some good, some not. Unfortunately, our country also sustained long-term damage that resonates to this day. Chuck and Tom Hagel were right there for it.

Q: Can you say more about how involved the Hagel brothers were as you worked on the book, and what they think of it? 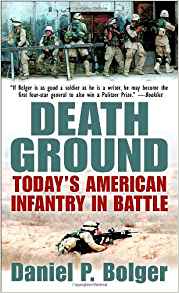 A: Chuck and Tom were very gracious with their time and with my queries about every kind of information. Their honesty was exceptional, even on very painful subjects. This book was written about the brothers as examples of those Americans who fought in Vietnam, especially in 1968. They let me have my say in crafting their story and their era.

Both Chuck and Tom have read the manuscript. Both are decent, modest, self-effacing gentlemen. They do not consider themselves to be heroes. But I do.

Q: What do you see as the legacy of the Vietnam War when it comes to foreign policy decision-making?

A: After the tragic intervention in Vietnam, you’d hope we figured out how to avoid long, indecisive foreign wars among populations that distrust us. That held true for the second half of the Cold War.

But once the Soviet Union collapsed in 1991, America became more willing to use substantial military force: Iraq I, Somalia, Haiti, the Balkans, Afghanistan, and then Iraq II. And we could add Syria and Yemen. We talk about the lessons of Vietnam. But I’m not sure we have learned them.

A: I continue to teach courses in military, Russian, and Cold War history at North Carolina State University. The students here are great. Some are veterans, others are in ROTC, and all have bright futures. They ask hard questions and keep me on my toes.

On research and writing, I still write a monthly column for Army magazine. It looks like my next work will dig deeper into American generals at war. Vietnam will be part of that effort. We’ll see what develops.

A: You asked about lessons of Vietnam. There’s a big one. In the Vietnam War, too many Americans blamed those who fought for the flawed strategy that resulted in defeat and shame. A few actively vilified our veterans. Too often the rest of us ignored them.

The present Afghanistan/Iraq war hasn’t gone well at all. But Americans have been wiser this time. We impugn the war, not the men and women sent to fight it. We salute those who serve. In that sense, we’ve learned a lot.