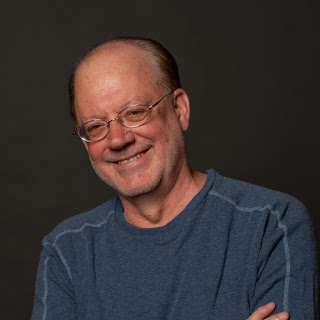 Peter S. Rush is the author of the new novel Wild World, which takes place in the early 1970s. He has worked as a reporter, a Peace Corps volunteer, and a police officer, and is CEO of a global management firm.

Q: How much was Wild World based on your own experiences as a student at Brown University and as a police officer?

A: My experience at Brown and as a police officer provides the context, texture and authentic characters in the book. But it is a novel that allows for the exploration of themes, settings and issues across a broad spectrum. When I was writing it, I tried to stay true to the time period in attitudes and opinions. When I finished, I realized how many of those themes are extremely relevant and important today.

A: I needed to go back to the era – 45+ years ago. I started with the
music because it was the social network for that generation. I found myself watching movies and reading newspapers from the time. I also dug through some memories boxes from then - letters, college papers, assignments to try to bring me back to the time and place before all our modern gadgets.  It was fun to see how we lived in the "last century." 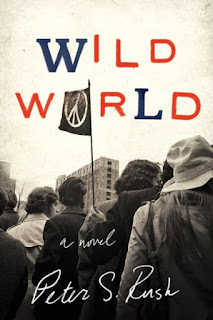 Q: How would you compare perceptions of police officers during the Vietnam War period in which the book is set, and today?

A: In that era, police officers were “pigs” and the enemy of the hippies. long hairs,  blacks and other minorities. It was a us versus them mentality. The level of education and training on the police force was not extensive. While many of the police were motivated to do what they thought was right, the use of force was the first action. Has the situation evolved?  Definitely. Does it have further to go? Absolutely.

Q: Did you know how the novel would end before you started writing it, or did you make many changes along the  way?

A: The book went through extensive revisions along the way. This book is about the characters and the situations they encounter and must interact with. I want the reader to be there in the scene. I wasn’t certain where the love story or the action would end when I began but I think it found the right place.

A: I won’t call the next book a sequel but it takes some of the characters from the book on a different journey of that era – drugs and the allure of money. It is set after this book in the early ‘70s in Florida where smuggling drugs was almost as big an industry as the  tourism.

A: I started my career as a working journalist and it provided me with the tools to tell a story. The challenge always is to tell a good story.

--Interview with Deborah Kalb. Peter S. Rush will be appearing at the National Press Club in Washington, D.C., in the Bloomberg Room at 6pm on Tuesday, Nov. 21.
Posted by Deborah Kalb at 7:36 AM