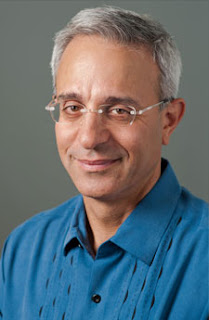 Laurence Westreich is the author of the new book A Parent's Guide to Teen Addiction. He is an addiction psychiatrist, and he also has written the book Helping the Addict You Love. He lives in Montclair, New Jersey.

Q: How would you define addiction, and what are some of the most common perceptions and misperceptions about it?

A: I define addiction as an ongoing compulsive use of a substance which causes problems for an individual. Often people have the misconception that it’s how much you use, or what time of day…

Q: You advise parents to “wage guerrilla warfare against the substance habit that’s invading your teenager’s life.” What are some of the strategies you suggest?

A: Collaborate with other people trying to help your teen, a clinician or teacher. Drop the secrecy that festers around addiction. Focus on what’s most important. If it’s life-threatening, it’s more important than schoolwork, or whether [your teen] gets a tattoo. Focus on priorities.

Q: There’s been so much focus lately on opioid addiction. How has the situation changed regarding teen addiction over the years?

A: Unfortunately, over the last 10 years, the entire Eastern seaboard has been flooded with opioids. It has changed—it’s much more available. In past years, heroin was seen as deviant. Now it’s seen as a party drug, accessible and cheap. 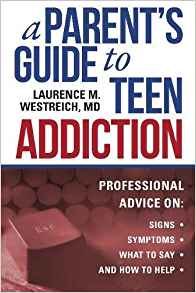 Q: In the book, you ask the question, “Where does the line between casual [substance] use and misuse lie?” Where would you draw that line?

A: That’s the kind of question parents have to make the decision about himself or herself. For example, if your child smokes marijuana sometimes. First, it’s illegal. You could have a legal problem. Second, it could cause problems with brain development and problems in school—that’s very subtle.

The more obvious things—if your child is doing poorly in school, quitting activities, you’re getting calls from other parents—once you have an actual, not potential, problem, you draw the line.

Q: What about the changes regarding marijuana laws? What impact has that had on teens?

A: They have changed teen perceptions that it’s much less harmful. It’s not unreasonable to think the government is not thinking it’s as harmful and that’s why they’re decriminalizing it.

Marijuana has become much more potent, there are more sophisticated growing methods, it’s more available. And if you’re 18 years old and you can buy it, 16-year-olds can. No one thinks adolescents should be able [to buy] marijuana. But the fact is, they will. 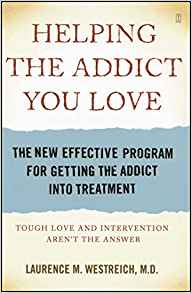 Q: Looking at alcohol addiction, what has changed there, especially with binge drinking on college campuses?

A: It has changed. Colleges have been more effective in getting the message across about binge drinking. Drunk driving among teens is decreasing, most I work with have a designated driver, but attitudes are going the opposite way on marijuana. That being said, there is still plenty of binge drinking on campus.

Q: In addition to drugs and alcohol, you also discuss addictions to sex, food, and gambling. How do those fit into the patterns you describe?

A: The science is pretty clear that the compulsive do-it-again drive is pretty much the same. The same part of the brain lights up. With sex and food addictions it’s not healthy to be abstinent from these things [for life]. You could go the rest of your life without marijuana, but no one expects that with food or sex. In a way, it’s harder—it’s hard to do a little bit. You know it’s problematic when it’s compulsive.

A: My last book was for families of addicted people. This is for [parents of] teenagers. Now I’m looking at the Prometa clinics around five or six years ago. It used a cocktail of meds. It was a scam, but patients were excited.

Some of the people [involved] were scam artists, but some were well-intentioned. It spoke to the hope clinicians and families have about the desperation they may have for a quick fix. I was fooled. I’m very skeptical and it didn’t quite make sense.

A: Treating addiction in teenagers is a very hopeful experience. The likelihood of a good outcome is very high. The vast majority of kids who have addiction problems get better. For most of them, it’s getting them to some treatment. It’s a long-term problem—you monitor it and look at it as a chronic condition, but your personal life shouldn’t be impaired, with some efforts.