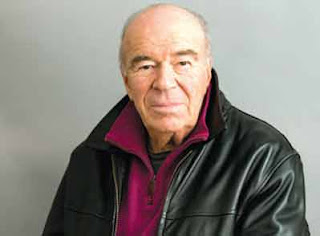 Frederic Block is the author of the new novel Race to Judgment. He was appointed United States District Judge for the Eastern District of New York in 1994 and assumed senior status in 2005. He also has written the book Disrobed: An Inside Look at the Life and Workof a Federal Trial Judge, and co-authored Professionally Speaking, an Off-Broadway musical.
Q: You based your main character, Ken Williams, on the real-life lawyer Ken Thompson. Why did you decide to write about him?

A: Ken Thompson tried what might have been his first trial before me back in the mid 1990s in the Brooklyn federal courthouse when I was a new federal district judge and he was a young Assistant United States Attorney. A few years later he left the U.S. Attorney’s office for private practice and soon became a successful high-profile civil rights attorney.

Years later I drew the Jabbar Collins case. Collins had been in jail for 16 years for a murder he did not commit. He sued the long-term Brooklyn DA Charles Hynes, his chief prosecutor, Michael Vecchione, and the City of New York for millions of dollars after he was released from jail for being wrongfully convicted on trumped-up evidence.

After I wrote a lengthy decision denying the City’s motion to dismiss the case, it was settled for 13 million dollars. Ken Thompson then ran against Hynes - who had been the unchallenged DA for over 20 years - and upset him in the decisive Democratic 2013 primary to become the first African-American Brooklyn District Attorney. 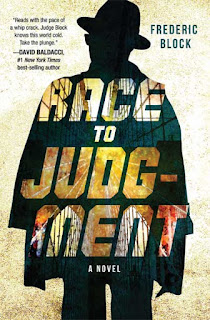 Tragically, the new DA died from colon cancer - at the age of 50 - just two years after getting elected. In the short time he was DA Thompson initiated significant reforms and was hailed as a true breath of fresh air.

When I found out that Ken Thompson was dying, I decided to dedicate the book to him. He was told that by his former law partner the day before he died and Ken asked him to “thank the judge.” It makes the book extra special to me, and I’m glad I fashioned the Ken Williams character after Ken Thompson’s meteoric rise as a civil rights advocate to unseat the reigning DA.

Q: Your book also was inspired by many cases in which you were involved as a federal judge. What did you see as the right balance between reality and fiction as you wrote the novel?

A: In addition to the Collins case, the book plays off of two other major cases I presided over: One was the trial of Lemrick Nelson for killing Yankel Rosenbaum during the infamous Crown Heights riots in the 90s.

The other were the trials of a young African-American, who had been leading a law-abiding life, for allegedly killing someone six years earlier; if convicted I would have to have sentenced him to life without parole. He was tried twice. The first trial ended in a hung jury, with 8 jurors voting for conviction; he was acquitted on the second trial.

I was fascinated by this human drama and it gave me the idea for the character Troy Jackson - a happily married 23-year-old star guidance counselor, expecting his first child - who Ken Thompson represents after Troy is charged with murdering a Hasidic rabbi’s son seven years ago.

Thus, the idea of “reality-fiction” popped into my head, and I realized that I could tell a good story by taking literary license with these - and other - real-life experiences as a judge to develop the plot lines of my novel. 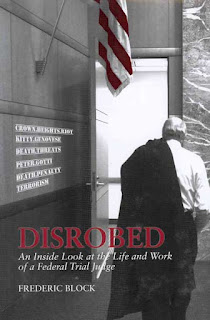 As for your specific question, I really never thought about the right balance between the reality part and the fictionalized part, and the reader will not know which is truth and which is fiction as they read the book; that is exactly the point.

In the epilogue I explain what is reality and what is fiction but caution the reader to resist the temptation to read it before the end of the book “since I think it might spoil what I think is a good read.”

Q: Did you plot out the book before you started writing, or did you make many changes along the way?

A: I jotted down the basic story line on my laptop in a handful of pages a couple of summers ago on a beautiful island in Greece, and I started to write it when I returned to New York in September.

I’m always asked “how long did it take you to write the book? But the writing part for me was the end of the line; the story was already written in my head (most of the best parts came to me at 3 in the morning when I was sleeping). When I tell people it took me just six months to actually write it, they are surprised. But once I know where I’m going, the writing for me comes pretty easily and the story just flows. Anyway, I tell everyone that at my age you have to write faster.

I did make some changes along the way, but not too many. For example, I had a great car chase across the Brooklyn Bridge which, upon reflection, l thought was too commonplace (I’ll save it for the movie - hopefully). The drama now takes place in a church, and it’s much better.

Q: The book focuses on racial tensions in Brooklyn. Why was that one of the themes you chose to include, and what do you hope readers take away from the story?

A: In addition to the Crown Heights riots, Brooklyn has had its share of racial tensions between the police and its minority communities (think Abner Louima). While I think the book standing alone is a gripping crime story (no one I know has guessed the ending yet), it is much more.

I speak through Ken to raise issues which are important today to give the book a lot of substantive content: the importance of judicial independence; Black Lives Matter; stop-and-frisks, death threats to the judiciary, and, of course, the spate of wrongful convictions against African-Americans because of egregious prosecutorial misconduct. Ken Thompson’s election has gone a long way to assuaging racial tensions.

A: Terrorism. The Brooklyn federal court has had more terrorism cases than any other court in the country. I have one right now of a young radicalized American-Muslim who was caught trying to leave the country to learn how to make “jihad” here, and a few years ago I sentenced one of the defendants in the aborted plot to blow up the City’s subways.

It’s a perfect opportunity for another “reality-fiction” story. It starts with a packed courtroom being blown up during a sentence; 275 perished, 156 survived (thank God this is the fiction part). The reader will have to read the rest of the book to find out who died and who did it.

A: I wanted to also make Race to Judgment a fun read so Ken Williams has a hobby; he’s a jazz musician with a love for country music, and spread throughout the book are eight songs that he has written which are performed by him and his musical buddies at Arturo’s in Greenwich Village.

He gets the hooks from things that the characters say, like when his private eye, Mickey, says “boss, there ain’t no fun I’ve had when I was good instead of bad.” I wrote the songs and actually sing three of them. They can all be streamed on any platform, and the charts are at the end of the book. They can also be accessed through my website.