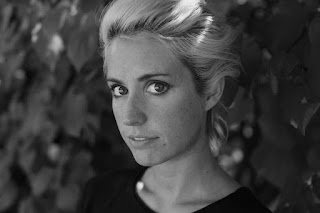 Rebecca Kauffman is the author of the new novel Another Place You've Never Been. She has worked in restaurants and as a teacher, and she lives in the Shenandoah Valley of Virginia.

Q: You note that many of your book's themes are inspired by Ojibwa culture. Can you say more about that, and how you incorporated the cultural themes into the book?

A: The Ojibwa character introduced in the prologue (who appears in different forms throughout the book) is based on the Native American term Two-Spirit which, as I understand it, refers to an individual who is not strictly male or female but both, or in some cases a third or different "gender" altogether.

My early thoughts about this were informed by the PBS documentary Two Spirits, which tells the incredibly tragic and moving story of an individual who identified as a Two-Spirit, and died young as the victim of a hate-crime in 2001.

From this story and others, I learned that historically, Two-Spirits were thought to possess special insights and abilities, and often acted as storytellers, spiritual leaders, or healers.

I wanted to explore the idea of a powerful healing figure walking among characters and offering words that could change a person's course in subtle yet enduring ways.

Other connections to Ojibwa culture are less explicit, but various ideas about storytelling, death, and the after-life were inspired by related research. 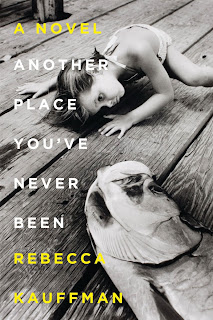 Q: How did you come up with your main character, Tracy, and with the idea of seeing her from multiple perspectives over several decades?

A: For me, characters almost always rise from a singular moment or gesture before the broader strokes (backstory, motivations, personality, etc.) emerge.

For example, Tracy was sitting at a computer manipulating the results of her own job aptitude test before she had a name or an age or a hair color. Marty was walking the beaches of Lake Michigan with a metal detector before he had a daughter or a cancer diagnosis.

As for utilizing various POVs through which Tracy is observed over several decades...Years ago, I fell in love with the BBC's Up documentary series, which consists of 14 individuals who are interviewed at seven-year intervals, starting in early childhood and moving all the way into late adulthood. It is riveting, surprising, and often deeply sad.

For me, it raised questions about the idea of change, and if people are truly capable of it. Exploring Tracy at different points in life and through different perspectives was a way for me to pick at this curiosity.

Q: Did you know from the start that you would be writing a novel, or did you initially see the chapters as short stories and later link them?

A: The chapter titled "Southtowns" is the first story I wrote about Tracy, and I quickly realized that I wanted to write an entire book about her. Even so, writing 15 contained short stories felt more manageable to me than trying to imagine a 300-page work right off the bat.

Also, I found that having several different stories going at the same time suited my temperament - if one story became a frustration or a bore, I could work on something else for a few weeks without leaving that world altogether.

A: A sense of place is always important to me – its colors, textures, people, and the feeling it stirs up within you – and the initial title I had chosen for this book was Southtowns (the title of that first story I just mentioned, and referring to the cluster of suburbs south of Buffalo, Tracy’s hometown, where many of the stories take place).

Others wisely pointed out that anyone unfamiliar with this area might assume, based on that title, that the book took place in the South.

The words chosen for the actual title, (which was a happy compromise between my publisher, my agent, and me), are offered during a conversation in which one character is trying to help another character contextualize death. The idea of "place" as a state of mind or belonging interests me and guided this decision.

A: It's hard for me to work on anything at all during the month of October when the world is glorious and I just want to be out in it, but when I have managed to work, it’s been on a novel about five childhood friends whose bond was fractured at an early age, and they are reuniting for the first time, in their 30s.

I'm still wondering if people are capable of change. I'm wondering what I might learn.