Gisli Palsson is the author of the new book The Man Who Stole Himself: The Slave Odyssey of Hans Jonathan. It focuses on a man born into slavery who moved to Iceland in the early 19th century. Palsson's other books include Gambling Debt and Can Science Resolve the Nature/Nurture Debate?. He is professor of anthropology at the University of Iceland.

Q: You write, "The idea for this book came to me apparently out of nowhere in the summer of 2007." What was it about Hans Jonathan's story that intrigued you, and why did you decide to write a book about him?

A: It may be an overstatement when I said “out of nowhere.” I had written a B.A. dissertation on race in 1972. I dropped the interest for years until the ‘90s. I was writing about genetics and race and eventually turned to this biography…

A television documentary exposed me to this [topic]—I was in Copenhagen and there was a series on Danish slavery. I saw one part of it that happened to feature Jonathan’s case. The interviews with his descendants triggered my interest—the person on the screen had been my neighbor.

For an anthropologist, it was extremely exciting. I had the opportunity to explore the family history of some of my neighbors, and their past back to the Caribbean and the West African slave trade. He was the first black person to settle in Iceland.

I wasn’t thinking of a biography at first. It struck me when I went back to Iceland and called one of his descendants and we met, and soon I was deeply into the story.

Q: How was the book's title, "The Man Who Stole Himself," chosen, and what does it signify for you?

A: At an early period of writing, I was frustrated with the working title “Hans Jonathan: A Biography.” I thought it was too flat and unappealing. I came up with the idea in midcourse and the title took a life of its own. It began to inform my take on the story.

I was at the office one afternoon and walked back home, and immersed myself in court documents from 1801-02 [from Jonathan’s trial] that defined Hans Jonathan…as a slave.

I had a hunch the documents would give me a clue…I found a quote from the defense lawyer—If he had run away he had stolen himself. Suddenly, the title was born! 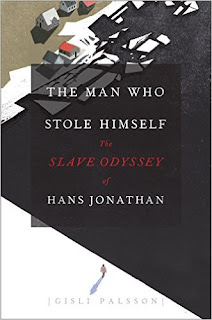 It immediately appealed to me. I think the title highlights the contradictions of slavery. The case of Hans Jonathan was a borderline case. There are criminal cases; he was charged with theft and it was dismissed…a civil case established [his would-be owner’s] property rights.

It is theft—he did steal himself but that was not in a criminal case and he wasn’t charged with a crime. The borderline is interesting to me.

Kierkegaard said choose yourself, but if you don’t own yourself how do you make a choice? It’s the contradictions of slavery. These were people without rights; a man who stole himself is bound to be that kind of person [who makes choices]. It emphasizes his brave position to escape. It was risky.

Q: How well known was Hans Jonathan's trial at the time, and how did he manage to move from Denmark to Iceland in the wake of the trial?

A: It puzzled me for a long time. Copenhagen was a small city at the time, 100,000 people. Most people knew each other in the aristocratic circles. The case was fairly well known. People saw it as a test case—if the owner would lose, things would fall like dominoes.

Hans Jonathan’s case was pretty well known—there were debates…legal experts in Denmark began doubting the verdict. It was at the time of dissolution of slavery, and slowly things were moving; it was illegal to have slaves in Denmark and eventually was illegal in the colonies.

Hans Jonathan managed to come to Iceland by mobilizing support. He knew influential people…in the Army, the Navy; he must have come on one of the trade ships. He had gained recognition in the Battle of Copenhagen for bravery and used his contacts.

It’s still a mystery why he picked Iceland….Contacts between Denmark and Iceland were slowing down, and his case was a civil case. He was not charged with anything and wouldn’t be tracked down by the police.

The owner would have to follow him, and she was an elderly lady tired of domestic problems. She probably felt she was losing the battle. I imagine he lived with uncertainly the first 15 years of his stay in Iceland. 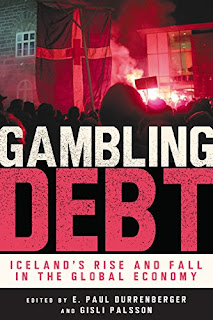 Q: How would you describe attitudes toward race in Iceland, both then and now?

A: One can outline three phases of the history of race in Iceland. The first one was the phase during which Hans Jonathan came to Iceland in 1802.

In that period, color was insignificant in Iceland. It seems not to have arrived—there were no signs of classification, arrogance, racial stigma. On the contrary, he was a popular person, he taught people navigation.

In Denmark, the slave trade had meant that [race] was on the agenda. That didn’t come to Iceland in 1802. Danes were preoccupied with color and race from the beginning of the slave trade.

Hans Jonathan probably looked slightly different from the natives in the next district or village. Icelanders have a category of “black” from almost 1,000 years earlier, black men—it meant Celts, people of Irish descent who seemed to be slightly darker, but it wasn’t a racial thing.

The second phase came after the egalitarian phase was passing—it takes place from 1850-1944. Iceland becomes independent; there’s a battle for independence for decades, and Icelanders saw the need to justify the separation from the kingdom…

They emphasized that they were the descendants of literary giants, creators of sagas, blond blue-eyed pure Nordic. You have the beginning of racist thought. Eugenics took a strong hold in Iceland.

Hans Jonathan’s grandchildren and great-grandchildren would experience this new flavor and would hide the idea of their black past and the slavery context.

This leads to the last phase. In recent years, Iceland has been a multicultural community with…immigrants from all over the world. There are some signs of racism and xenophobia, some blacks have complained, but overall it is a fairly relaxed and inclusive society.

We have parliamentary elections [coming up]—one party is running on a racist agenda, but has no sympathy according to the polls. Earlier this year or late last year, the Icelandic parliament passed a historic piece of law ensuring the rights of immigrants. It’s considered a very progressive piece of law. 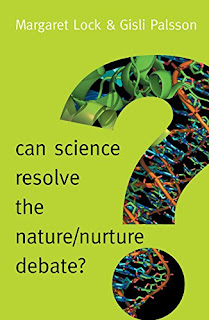 Q: What would you say is Hans Jonathan's legacy today?

A: Since 2000 lots of things are brewing. Hans Jonathan’s background was finally established. The Danes realized the slave who had disappeared after the legal verdict was passed had escaped to Iceland. There are 600 descendants alive now. Icelanders realize the complex background of this guy.

The saga is now fairly well known. The other day I heard an interesting story—a friend was talking to young students in primary school, and they were talking about immigration.

One of the boys said, I know I’m the great-great-great-grandson of a black man who settled in Iceland. The teacher…asked his name, and the boy said, I don’t know his name but he stole himself.

In Iceland, there’s a lot of celebration about ancestry. The family of Hans Jonathan has a website…in 2000 or 2001 they met in the East Fjords.

For some time, early in the last century, there was a slightly racist [element]--people talked about a “mulatto” who colored a whole village. The village sometimes was called Congo.

Now he’s a heroic character, gentle, generous, clever. There’s a documentary in the making for Icelandic TV. It will be a one-hour take on his life and descendants.

I think the English version [of the book] has changed significantly from the Icelandic original. It has an interesting spin on the U.S. descendants. I’m glad I tracked it.

It provides a context of race in the U.S. and draws attention to recent police violence and the Black Lives Matter movement. I’m hoping it’s a timely [publication] in that sense.

A: Something radically different! It’s a book project called "Magma and Me"—on the interiors of the earth, volcanoes, eruptions, earthquakes. The story is written for the public, avoiding academic jargon.

It focuses on myself up to a point, and on a major eruption in 1973 on the Westman Islands where I grew up. It was quite dramatic. I’m tracking it from all possible viewpoints.

The book focuses on the commingling of the planet and people. The earth is in us, with the minerals in our bodies, and we are part of the earth. I’m arguing against the separation of geology and social life…

A: A Danish translation is coming out next year. It will come out in March 2017, the centenary of the sale of the Danish Virgin Islands to the U.S. There are a lot of events in St. Croix and Denmark. The book should come out then in Danish. A French publisher is also considering it.

Hans Jonathan’s genome is being reconstructed now by anthropologists in Reykjavik. It’s a fascinating project. It might help them establish the ancestry of Hans Jonathan’s mother. We don’t know anything about her or where she came from…

It’s a path-breaking project in the sense that it’s a case of mapping someone’s genome without a sample of that person. All we have in this case are genetic signatures of living descendants. Researchers suggest they can map most of Hans Jonathan’s genome on these unusual grounds.