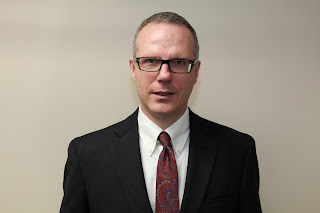 Dante Paradiso is the author of the new book The Embassy: A Story of War and Diplomacy, which focuses on Liberia in 2003. He also has written the novel The Pure Life, and his work has appeared in a variety of publications, including Foreign Affairs and National Geographic Voices. He is a U.S. foreign service officer.

Q: You served at the U.S. Embassy in Liberia in 2003. Why did you decide to write this book as narrative nonfiction rather than as a memoir?

A: This is a story of people and the decisions they made to confront a crisis.

I alternated between the two narrative forms over several drafts but third-person allowed me to render more vividly those individuals who form the core of the story, such as Ambassador Blaney, Fergy and Jenkins, without wasting time on my own backstory.

It also allowed me far more latitude to explore the diversity of actors in the conflict, such as journalists or aid workers, without having to continually refer back to myself. 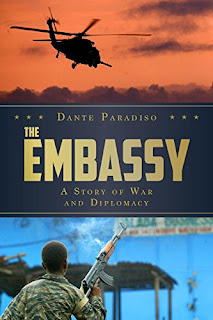 As I was present throughout the crisis, and knew everyone involved, I was able to provide color and nuance to scenes even as I drew heavily on the many interviews I conducted after the fact.

Q: What do you think are some of the most common perceptions and misperceptions about Liberia in the United States today?

A: Liberia is so rarely in the public eye it is difficult to guess at what common perceptions may be.

To the extent that U.S. audiences have heard about Liberia, it would either due to the story of Ellen Johnson-Sirleaf, the first elected woman president in Africa, as well as Leymah Gbowee, a co-recipient of the Nobel Peace Prize, or in the context of the 2014 Ebola crisis or, perhaps, more broadly related to the horrors of the Liberian Civil War.

I think what is less known is the close historical relationship between our two countries and the role Liberia played in supporting the United States during the 20th century, whether as a supplier of rubber for our automotive industry, or an ally during World War II and the Cold War.

It would be great if Liberia were more widely known to the general public as a place where people value our mutual cultural ties.

A: I hope to give readers insight into what diplomats really do, as well as the courage and tough decisions needed to make peace. Wars end, and this is the story of how one was ended. 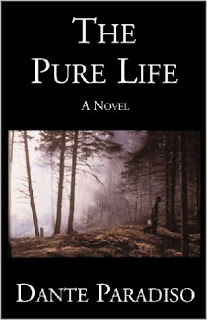 I also wanted to give readers a sense of what it is to be the middle of a war and humanitarian crisis. There are many actors involved - diplomats, soldiers, journalists and relief workers, in addition to war fighters - and I wanted to place readers along side them to see and feel the experience as much as possible.

Q: How would you describe the situation in Liberia now?

A: Liberia has had stability for 13 years. The country still faces political and economic challenges as any country wrecked by war would, but its ability to manage the very difficult Ebola crisis and partner well with countries like the United States is a sign things are trending in the right direction.

A: I currently serve in U.S. Consulate Hong Kong and Macau, and live in Hong Kong with my wife, who is also a U.S. diplomat, and our son and dog.

A: The book is for the general reader and should read like a thriller, far more show than tell, and not a dry recounting of events.