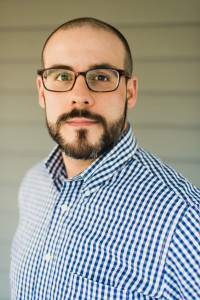 Derek Palacio is the author of the new novel The Mortifications, which focuses on a Cuban-American family. He also has written the novella How to Shake the Other Man, and his work appeared in The O. Henry Prize Stories 2013. He and Claire Vaye Watkins are the co-directors of the Mojave School, a free creative writing workshop for teens in Nevada, and he teaches at the University of Michigan and the Institute of American Indian Arts MFA program. He is based in Ann Arbor, Michigan.

Q: How did you come up with the idea for The Mortifications, and for your characters?

A: I was reading Roberto Bolano’s novella The Insufferable Gaucho, about a lawyer in the city and the economy collapses and he goes to his family’s ranch in the pampas. It’s funny, dark, comic, sad.

I enjoyed [the idea of] a story about people going back to a place they’ve forgotten, or can’t reconcile what it’s become. I’d been writing about Cuba and Cubans, and reading Reinaldo Arenas, and my dad is from the island.

Q: How would you describe the relationship your characters have with Cuba?

A: For me, it’s a weird one. I tend to think of it as a weird and difficult pressure that a place can put on people psychologically and emotionally once they have to leave it—and will they go back?

The father is still living there, and [his daughter] Isabel is so close to him; those feelings are magnified. It’s an exaggeration of a question a lot of Cuban-Americans have…Do I go back when my parents couldn’t? It’s pretty fraught.

Q: You switch perspective among several characters throughout the book. Was there one that you particularly enjoyed writing about? 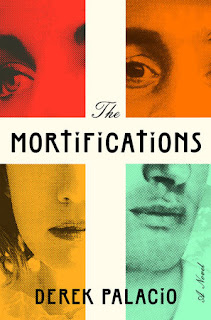 A: When I first sat down, I thought I would mostly be writing about [Isabel's brother] Ulises…I realized [their mother] Soledad’s and Isabel’s story lines also had promise. Isabel was such a catalyst. She surprised me the most [in terms of] who I was interested in. I grew up Catholic, and I knew she’d have mystical [qualities] but it was still amazing to me that it happened that way!

Q: Can you say more about the relationship between the father and his kids, which runs throughout the novel?

A: I am no expert, but it goes back to my understanding of Cuban exiles and the Cuban diaspora. It expresses itself in family dynamics…

Knowing that the dad wanted to stay, the children had possibilities to react to that in different ways. It was a big idea I was trying to wrap my head around, and it was good to have several responses!

A: It took me a while to get to the final title. I had working ones to do with patria, fatherland, homeland. Looking back, it became clear to me that the transformation of the family members was not just emotional and psychological, but it also comes out physically. 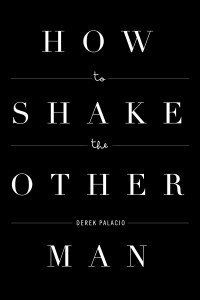 Mortification refers to the way the flesh changes, and how it’s affected by faith and obsessions. The title got more at that—all the characters had something.

Q: Can you say more about the role of religion in the novel?

A: I think a lot has to do with the way I grew up understanding Cuba. My father left when he was 5 ½ years old. The family owned a sugar cane plantation. His memories were pretty fragmented. Cuba for me felt like a distant myth.

The deeper I wrote in the book, the more that truth seemed to work well with the parameter of faith—a mythic father, distance between us, in Catholicism the bodily struggle to make real something that feels distant and ethereal.

It’s clear to see in Isabel, and Ulises…[is] working his way through intermediaries, through several channels to God. When he went back to Cuba, he had to have Simon ferry him, and his great-aunt doesn’t remember. There is a delayering there—sometimes intermediaries are helpful, sometimes they obscure reality.

A: I have a short story collection I’m working on now. After that…I have a new novel off the ground. It’s about a Cuban-American swimming hopeful for the Olympics, who fails to make the swim team and defects to Cuba in hopes of making the Olympics that way.

A: I would just say, I try to point out that I haven’t been to Cuba. I’m going for the first time. I’m going to Miami Thursday and to Cuba Friday, so I’m making my first trip to the island this week.

I’ve been writing about it from a distance. It’s been challenging and difficult. The book is trying to bridge some of the distance.