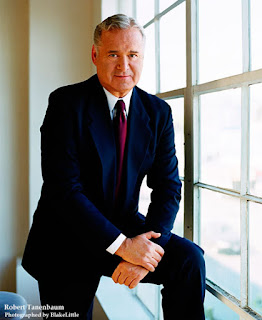 Robert K. Tanenbaum is the author of the new thriller Infamy, the 28th in his series featuring Butch Karp and Marlene Ciampi. He was assistant district attorney in New York County, served as deputy chief counsel for the congressional investigations into the assassinations of President John F. Kennedy and Martin Luther King, Jr., was mayor of Beverly Hills, California,  and taught at Boalt Hall School of Law at the University of California.

Q: How did you come up with the idea for your latest novel, Infamy?

A: Infamy is my 28th novel and 31st book. I always deal with the issues of character, unbridled ambition. I deal with people who feel self-anointed to lead us [and] have a delusional belief system that [they believe is] justified if it’s for the public good. It’s what we’re facing in our politics today.

Q: As you mentioned, you’ve written 28 books featuring your main character, New York District Attorney Butch Karp, and his wife, who also fights crime, Marlene Ciampi. How do you keep coming up with new adventures for them?

A: In large measure, I started out with nonfiction. My first book was an investigation of assassins who came to New York City to kill police…I wanted the public to know what was involved from the prosecutor’s side, what a person like myself would make of it.

Then there was The Piano Teacher, about a psychosexual killer who tried to abuse the insanity defense.

Then with Henry Robinson, my mentor and publisher, I told him I didn’t want to embarrass anyone in nonfiction, so I novelized these cases. They mirror my own career…

About the integrity of the characters—you’re not going to see Roger “Butch” Karp running around with weapons, but that’s not going to stop his wife, Marlene Ciampi, from doing that. 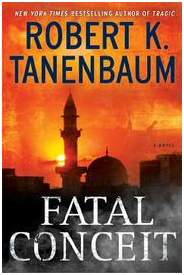 She ran the sex crimes unit, and then became a private investigator. If necessary, she will use deadly physical force when she or a client is threatened. That’s very different from her husband, who is now the D.A.

The stories are based in part on my experiences in the D.A.’s office…We had 250 new cases a day. There’s never a wanting for the kinds of crazy things people do to other people. I was involved in the homicide bureau…

I’m most concerned about uplifting the justice system. People can try to enhance the dignity of the office, not the reverse. That’s what I try to do in these books…

Q: When you wrote the first novel, did you ever think you’d be writing so many more of them?

A: I thought there would be one book and that would be it. I would have been thrilled. Now I’m working to finish [number] 32 for next year. It’s just a miracle. Each book to me is very precious—it’s like having a new child every year! It’s a tremendous opportunity to talk about issues people care about. We want to make sure we’re protected, that justice will prevail, [and] avoid the Kafkaesque notion of numbers, and “Who cares,” and “the new normal.”

Q: Do you plot your novels out before beginning to write?

A: Because of my background, I know the beginning, the middle, and the end. Some scenes create sub-scenes, but the plot lines are very clear. These are value-oriented—the traditional values that have distinguished us as Americans throughout.

Q: How have Butch Karp and Marlene changed over the years?

A: They started out as young assistant D.A.’s They met, they had three children, as most people engage in life-changing experiences; they still were trained in the justice system, and became the D.A. in Karp’s case. Marlene is trying to protect women from abuse.

They have a long love and respect for each other. It’s wonderful to find someone you’re able to hold hands with throughout life. 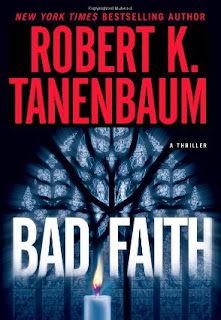 The last lines of Infamy clearly deal with that. Here are the real things in life. You don’t have to be president or chief justice of the Supreme Court to lead a caring life that makes a difference to the community.

The people in the book are engaging in the disgrace of the Constitution, and that’s infamy—it’s not what’s best for America, but for themselves.

Q: So you’re finishing the sequel to Infamy now?

A: I’m trying to finish the manuscript as we speak. It’s coming out next year.

A: The most important part of Infamy is the trials, the preparation that’s necessary. I tried scores of cases…you work your way up to the homicide bureau; you’re still trying scores of murder cases.

The area that concerned me was the nature of the insanity defense. One trial [in the book] deals with an assassin who invokes the insanity defense; insanity has nothing to do with it. It’s about responsibility. For a D.A. to lose these cases is mind-boggling…