Q&A with Michael A. Boylan

Q: Why did you decide to write this book about your son?

A: First, on our website, reachformenetwork.com, you will see…an author interview that explains how I wrote the book. It’s a good description of why I wrote the book, and the audience.

I had a career for 20 years writing best-selling books in the business arena. I was traveling around the world, doing keynote talks, training large corporations.

When my son was born, I had to stop traveling. My income took a hit, there was stress in the family because of Connor[‘s situation], there was depression and anxiety within our marriage and family that caused a divorce, there was strife with my extended family, and it rippled into my business career…

My life imploded. I lost my house, my company, my self-confidence as a guy, and I got depressed. My life was stood on its head. At [one] point I was speaking to Bill Gates, and to 8,000 Microsoft salespeople. I was getting a standing ovation, and I started to cry.

Bill Gates said, What’s wrong with you? I said my son was just diagnosed [with Williams Syndrome] and he looked at me and said, I’ll handle the crowd, you do what you need to do.

I was a take-charge kind of guy, that’s how I was raised. Having a child with a cognitive disability, I knew I had to turn my style around. I was so high-strung. That didn’t work for Connor. I bumped up against a huge life change, and it took me down emotionally and financially.

I wrote the book over 2 ½ years. I was angry, distraught, searching for answers. I felt an obligation to tell the truth about the underside of caregiving. Caregivers don’t want to come off as a sourpuss, but I felt there was an obligation to show all the stresses and strains a regular person goes through, regardless of whether you’re rich, poor, faith-based.

When you have children with special needs, it rocks the parents’ world. It confronts all the stuff the parents can’t get away from. Looking at the raw picture of what happened, my goal was to be honest so [readers] can say, What happened to us, we’re not alone.

Because I have 20 years of success, I had known to build a step by step process that helps people. The second half of the book is to lay out a roadmap that caregivers can use as they see fit. 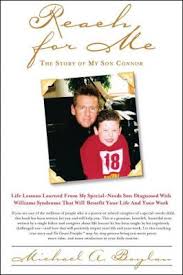 I lay out a process for them to say, I don’t know if this might be helpful to you or not. I ask questions to help the caregivers. The divorce rate among caregivers is 80 percent plus. A couple can sit down and talk about tough stuff by using this as a guidepost and hopefully create some healing and some guidelines.

The one-percenters who are very wealthy with special needs children—it’s not the same for them. They have a staff. They don’t go through [this] at all. The book is written for the 99-percenters. When they find out they have an additional $10,000 bill for autism services it can send them over the edge.

A: It was a story that caused me to have a meltdown—that’s how the title came and how the song came. Connor was about 6 or 7 and [my wife and I] had divorced already. It was just he and I.

I had showered him and he had gone through two pull-ups. I had new suits made. I was still in depression mode, and I put on a brand-new suit. I was like, I can do this, get back in business mode! I said, Please sit here on the bed.

[Then] I picked him up and put him in the car seat. I was rushing to an appointment and was going to drop off Connor at my mom’s, and I looked down and his pull-up had leaked and my suit was totally ruined.

I kind of lost it. I thought I was not going to make the appointment, and went back in the house with Connor. I had 28-foot ceilings and wood floors. I sat on the floor and started sobbing.

Connor crawled over and started patting my forehead, and was saying, Daddy sad, Daddy cry. I felt like he was saying, It’s OK. I felt like it was not OK, that I didn’t have the emotional bandwidth to care for my own son, I was strung out, I was coming unglued, and I knew it.

My father called and said you’ve got to come out and ski. I said, I can’t do this any more. He said, I don’t know what you’re talking about. I said I’ve got to figure this out.

Q: You write about some difficult times in your life—how hard was it to revisit those experiences?

A: For things with sex, it’s a taboo. My friends would joke with me and call me “Mr. Once a Year.” I’d say that’s not funny. They said, You can’t live like that.

I said, I have enough on my plate with Connor and trying to save a marriage. We made conscious choices not to discuss certain things. They got worse and worse.

This is typical with caregivers—the romance goes out the window. The relationship is relegated to the background. I thought by being honest—I did [what I did] and my marriage collapsed—it was a warning sign to caregivers to help guard against things.

It’s difficult to go through these things, but I am a direct person. I thought telling the truth would be helpful.

With what I suffered in my business, my clients were demanding Fortune 500 companies—I felt so alone. I would get clients saying good for you, I don’t know how you handle it—and we need the document in four hours and don’t you be late. There isn’t really a compassion.

Another reason I wrote the book is to communicate to people who do not have children with special needs what it’s like.

The audience [for the book] is mainly the 35 million Americans who have special needs children, but there is a secondary audience, the non-caregivers, who can be brutally cold to caregivers—with a look in the grocery store, if a child acts up in a movie theater or church. I thought about how [to create] a little more compassion, how to educate people…. 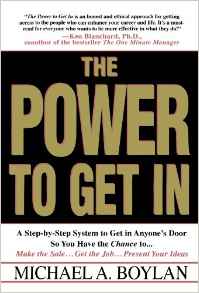 Q: What reaction have you had so far from readers?

A: On the website, you can watch six video testimonials from three couples—what did you get from this book? The book is being compared to Stephen Covey’s book The Seven Habits because this book has a step by step process.

The second book is The Purpose Driven Life. After each principle, it shares a personal reflection section.

The comments I’m getting—we gave about 300 books away to people who had never heard of me, and the comments were, Thank you for being so honest and so revealing about your struggle.

The men were commenting—men like to fix things—I appreciate how honest you were about your struggles at work and that you gave me solutions and a process.

Women liked the reflections section. They used it with their husbands to ask tough questions. The women would say things like, You’re a guy and talking about your son, and it’s a very interesting perspective you’re laying out here. Most men aren’t caregivers.

The reactions [included] I couldn’t put this down; I’ve highlighted several areas. It’s been exceedingly well received and it just came out.

Q: How is Connor doing now?

A: He just turned 18 and I just went through the legal guardianship process with the state of Minnesota. I’m his full legal guardian for everything. He is in 12th grade and from an academic standpoint is functioning just under a third grade level.

He is high-functioning, conversant, charming, yet his IQ is about 43. He has blind spots. He doesn’t comprehend the concept of strangers so he’s very vulnerable. He doesn’t understand if there’s a hot burner in the kitchen and he can burn his hand…

He’s in a mainstream high school but in a special needs program within the high school. He is with an attendant who shadows him and two other students. 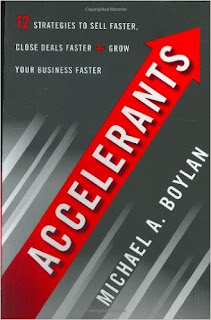 When he’s home I know he’s safe. He’s a musical savant, a drummer. That’s where he goes to calm down, his music. He’ll never marry or drive a car. He’ll always be with me. I’m prepared for that as best I can be.

Another reason I wrote the book—most children eventually leave the nest. Most caregivers for special needs children don’t [have that possibility], or thoughts of retirement.

That’s the life of a parent of a child with special needs. Friends in their 70s have a child in [his] 40s and can’t stop working. It’s a different world.

A: We want to promote the book as aggressively as we can. It takes a long time for a book to break out. The book is part of an overall effort—the Reach for Me Network. The book will hopefully be purchased for corporations. We designed a wellness program on the Connor Principles, and have started selling it to companies.

We are currently engaged with about eight Fortune 500 companies that are starting to have an interest. Ten percent of their employee base are caring for children with special needs, and we are trying to get the book into the corporations, to help companies help their employees.

Corporations are worried about workers having meltdowns. Corporations are paying attention because it’s a money issue for them. They are concerned if caregivers have a hard time focusing or [high rates of] absenteeism…

With the Reach for Me Network, the idea is to have five million people in the next five years joining the network for free. Like AARP negotiates better insurance, we want to do the same for caregivers.

Join the network and share your caregiver story and spread the word about the book and the music video, and we can start loading the first 500,000 people on the network. Then we can start negotiating with life insurance companies and others…

A: My vision for the book is that it goes all over the world. Most books written about topics like this are mostly focused on the diagnosis of the child—here’s what to do if your child has autism, Down Syndrome.

This book is totally different—it’s about the rawness of being a caregiver, the emotions, the psychological swings, and the process to help them reduce anxiety and find some joy.

I hope it finds a strong resonance…The book represents a picture of what 35 million people deal with. It’s designed to empower them, and be honest with them—and here’s why we should aggregate into one network.