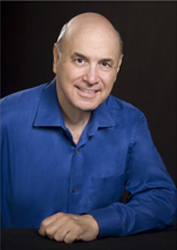 Mike Silver is the author of the new book Stars in the Ring: Jewish Champions in the Golden Age of Boxing. He also has written The Arc of Boxing. He has worked as an inspector for the New York State Athletic Commission, a boxing promoter, and a commentator for 19 boxing documentaries. He lives in New York.

Q: What accounted for the large number of Jewish boxers in the early decades of the 20th century?

A: There were several reasons, primarily social, cultural and economic. From ancient times to the present, boxers have always come from the poorest segment of society.

At the turn of the last century most Jewish people in America were recent immigrants who lived at or near the poverty level. Boxing was an integral part of American culture, rivaling baseball in popularity.  Arenas and gyms were located in every city.

The opportunity to make quick money drew thousands of young men to the prize ring. It was common knowledge that world champion boxers were the highest paid athletes in the world, but even an ordinary preliminary boxer could earn more money in one four round bout than a sweatshop laborer earned in an entire week.

At a time when there were limited employment opportunities, especially for struggling minorities, boxing, like show business, provided an alternative to working in a sweatshop or behind a pushcart.

Professional boxing was a thriving and accessible industry that did not discriminate against Jews. There was virtually no anti-Semitism in boxing and show business because so many people in those industries were Jewish.

Jewish world champions—there were 29 between 1901 and 1939—and title contenders were elevated to hero status in poor urban communities. They were a source of inspiration, pride, and hope. 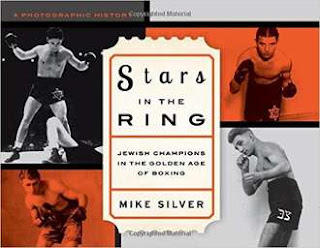 Q: You write that “social and economic success put an end to the Golden Age of the Jewish boxer.” Why was that?

A: One has to be in desperate economic circumstances to be willing to take punches to the head in exchange for money. It is a very tough way to make a living. If a young man has a choice between a decent paying job with a future and the life of a professional boxer, the choice is obvious.

That is why young men who grow up in middle-class homes do not become professional boxers. The sons and grandsons of Jewish boxers became accountants and entrepreneurs, doctors, lawyers, teachers, and dentists—anything but boxers. That is called progress.

But if they had been born just 50 years earlier, many of them would have been nursing a broken nose and cauliflower ear after battling through a tough preliminary bout.

Q: How did you first get interested in boxing? 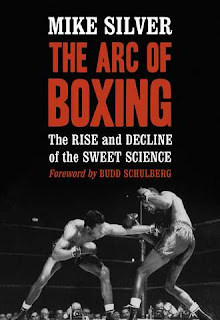 A: At about the age of 14 I became interested in boxing both as a spectator and participant. I avidly read Boxing Illustrated & Wrestling News and The Ring magazine every month to keep up with the current news and read stories about the great fighters and personalities of the past. Thanks to the nationally televised Wednesday and Friday night fights I got to see some of the greatest boxers of the 1950s and ‘60s.

I don’t know exactly why, but I became fascinated by the physical, emotional and psychological drama inherent in boxing. The rich and romantic history of the sport also enthralled me, as did the technical and scientific aspects that were once common to the sport.

A: Primary sources included books, newspapers, magazines and interviews with former fighters, managers and trainers. Of course the internet was utilized, especially that godsend to every boxing researcher—Boxrec.com.

I also owe a debt of gratitude to the generosity of Chuck Hasson, one of the sport’s greatest historians, whose collection of Jewish boxing archival material was indispensable to my research.

I thought I had some idea as to the number of professional Jewish boxers but was surprised to learn there were far more than I had imagined, especially from the 1910s and 1920s. Also surprising was how many began their pro careers at the ages of 15 to 17 years old. My research also led me to the stories of several European Jewish boxing stars who perished in the Holocaust.

A: Aside from marketing efforts for Stars in the Ring: Jewish Champions in the Golden Age of Boxing, I am compiling and editing the best essays I have written over the past 30 years and hope to have them published in book form next year.

A: This fascinating and significant chapter of Jewish immigrant history is all but forgotten today. Many of the boxers I profile not only excelled as professional athletes, but also as role models and as men. Their stories are rich and deep and take us back to a world that no longer exists. They deserve to be remembered. I look forward to my presentation at the JCC.

--Interview with Deborah Kalb. Mike Silver is participating in The Lessans Family Annual Book Festival, which takes place from Nov. 3-13, 2016, at the Bender JCC of Greater Washington.
Posted by Deborah Kalb at 6:38 AM