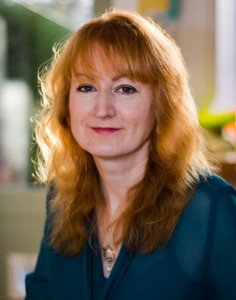 Phaedra Patrick is the author of the new novel The Curious Charms of Arthur Pepper. In addition to writing, she has worked as a waitress, a stained glass designer, a film festival organizer, and a communications manager. She lives in Saddleworth, U.K.

Q: How did you come up with the idea for your character Arthur Pepper, and why did you decide on a charm bracelet as the method by which he discovers new things about his late wife?

A: I showed my own charm bracelet to my son and told him the stories behind each of the charms. He’s 10 now, so this was when he was younger - around 5 or 6 years old.

The idea came to me about an elderly man who discovers a mysterious bracelet in his late wife’s wardrobe. I once holidayed in India and bought a small brass elephant pendant, and this was the inspiration behind the first charm (an elephant with an emerald in a howdah on his back) that sets Arthur off on his epic journey of discovery.

I wanted to write a story straight from my heart, and create a character that people would want to cheer, laugh and cry with. I love to collect ideas in my head, so each scene and character in the book was influenced by someone I know, something I’d seen, or personally experienced.

Q: One of the themes the book explores is how well people really know their spouses. Why was that something you wanted to look at? 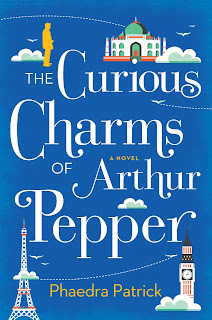 A: This kind of came about organically. I actually discovered Miriam’s “secret” around the same time as Arthur did. I just kept writing and had to have faith that the answer would come to me.

I knew Arthur would go on his journey but I wasn’t sure who he would meet along with the way, and with each character came another reveal from Miriam’s past life. And, as a reader, we have to question how well Arthur really knew Miriam, in order to join him on his journey.

I met my own husband when I was 19 so we didn’t have much chance for secret lives before we met! But chatting to friends, there does seem to be secretive stuff going on with spouses or partners, either from the past or currently, and it’s always fascinating to hear!

A: I always had a picture of Arthur, standing in the sea in India, in my head. It was a really vivid scene, almost like in a film. So then I had to figure out how he got there.

I had the beginning of the book and the end of the book sorted, but then there was the big chunk in the middle to figure out! Again, some chapters I had in mind - I always knew that I wanted to feature a Paris wedding shop, for example, but with others, they kind of popped up as I scribbled away.

A: I always read Enid Blyton when I was younger and that’s when I knew I wanted to write. More current authors and books I read, and am influenced by, include The President’s Hat by Antoine Laurain (co-inincidentally, this reminds me a little of the title of your book, Deborah!), Chocolat by Joanne Harris, Q & A by Vikas Swarup (which became known as Slumdog Millionaire).

I also enjoy Sarah Addison-Allen who writes about magical towns in North Carolina, and I was lucky enough to visit there earlier in the year.

So, a real mixed bag, but in general I like stories with a lot of structure and with a touch of magic and fun about them. I feel a bit guilty about admitting it, but I can’t say I’ve ever been drawn to reading more “classic” books.

A: I’ve just completed my second book, Rise and Shine Benedict Stone, which tells of a down-on-his-luck jeweller whose life is thrown into chaos when his 16-year-old American niece arrives on his doorstep. It will also be published in the U.S., plus in the U.K. and Germany.

I’m also working up some ideas for book 3, which will also be available in the U.S.

A: Just to say that I’m massively grateful to readers in the U.S. for embracing Arthur. When I wrote about an elderly locksmith who lives in a tiny U.K. village, I didn’t expect him to make it to America, so I’m absolutely thrilled with how well he’s being received there.

And just to say thanks to you too, for your questions, Deborah!