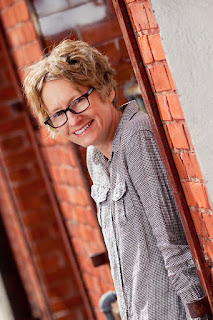 Amy Stewart is the author of the new novel Lady Cop Makes Trouble, a sequel to Girl Waits With Gun. The books focus on Constance Kopp, who was a deputy sheriff in the early 20th century. Stewart's other books include the nonfiction works The Drunken Botanist and Wicked Bugs, and her writing has appeared in a variety of publications, including The New York Times and The Washington Post. She lives in Eureka, California, where she and her husband own the bookstore Eureka Books.

Q: This is your second book featuring Constance Kopp. Was it easier or more difficult to write about her again, and did she surprise you in any way as a character this time? 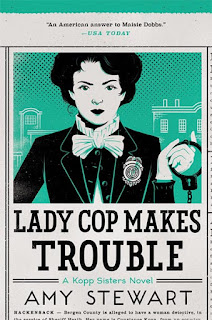 A: It's easier, in a way, because I've already built the world and the characters, and I'm staying in the same voice.

It is a slightly different kind of novel in that it takes place over a compressed period of time, and there aren't as many flashbacks to their earlier days.

Constance is always full of surprises--she's physically very tough (she was in real life) and she shows it in this novel even more than she did in the last.

Q: Once again, you incorporate real history into your plot. Was the balance about the same as the first time around between the fictional and the historical? 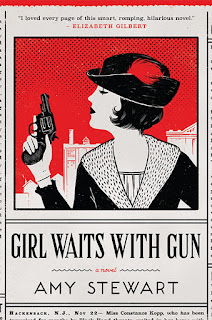 A: I'm lucky that I know quite a bit about what happened during this time period, so quite a bit of it is based entirely on real events.

I changed the timing of some of the events slightly, and we see quite a bit more of the sheriff's wife, Cordelia Heath, about whom I know almost nothing.

I also took a case for which I had very little information--Providencia Monafo, who shot her tenant--and embellished it quite a bit. But she was a real person, and she really was in jail for that crime.

Q: How does your writing process compare when you're working on fiction vs. nonfiction? 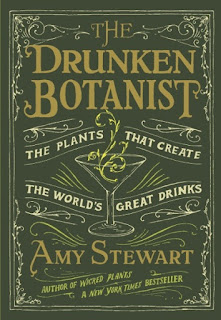 A: It's actually not terribly different. Without really thinking about it, I kept all my old nonfiction habits.

I do all the research first--I don't write a word until the whole story is pretty well researched and I understand it well--and then I schedule some time off from travel, usually in the winter, and sit down every day and write to some minimum word count, maybe a thousand words a day.

When that draft is done, I put it away and go on vacation, or just take a little time off, and then I pick it up and start the revisions. So far, those revisions have been quite extensive--I really tear the book apart and put it back together again very laboriously. The finished version usually looks nothing like that first draft.

Q: What can you tell us about Constance Kopp, book three? 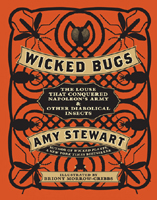 A: I have a draft finished that I'm very happy with, but I can't get back to it until I'm done with this book tour!

Honestly, I think it's the best one yet, and I think it comes closest to what I hoped to do with these books, which is to delve into some of the forgotten aspects of life in the 1910s and to explore how these women invented lives for themselves.

Although Constance worked in law enforcement, they really aren't mystery novels per se--there's really no question of who committed a crime. It's more a question of how they're going to survive--the Kopp sisters, but also the women Constance deals with through her job.

A: I'm on tour! Please come see me! Events are here.

--Interview with Deborah Kalb. For a previous Q&A with Amy Stewart, please click here.
Posted by Deborah Kalb at 8:44 AM