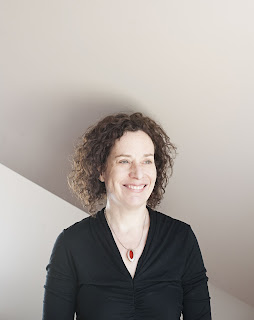 Debra Spark is the author of the new novel Unknown Caller. Her other books include The Pretty Girl and Good for the Jews, and her work has appeared in a variety of publications, including AGNI and The Boston Globe. She is a professor at Colby College, and she teaches in Warren Wilson College's MFA Program for Writers. She lives in North Yarmouth, Maine.

Q: How did you come up with the idea for Unknown Caller, and your character Liesel?

A: I was sitting around with some friends, and they started telling a story. They had two children, and he said he had been married before and had a child who lives in Paris. He had been married to the woman for about a year, and there was an angry divorce, and she took the child to Paris.

She called abruptly one night, and said the child was coming for the summer. I was so curious. What would it be like for the father and the child after [not seeing each other for] so many years? The ex was crazy by his accounting.

Then I knew of another crazy marriage, and in some ways I was thinking of these two women. If you saw me on a bad day I’d look pretty crazy! And I thought of a friend who seems sympathetic. I wanted to merge them. 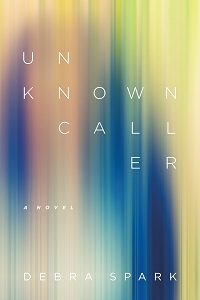 I wanted the character of Liesel to be that you think she’s batshit and [then you] change your views on her and not be sure who you’re dealing with at the end of the story. I want your opinion of all the characters to change…

From her point of view, he’s judging her and not letting her be what she is. I have a friend I’m very fond of but she never got it together professionally. I’ve found her very sympathetic, and I was thinking of her, too.

Q: The action in most of the book goes backwards. Why did you decide to structure the book that way, and did you plot it all out before starting to write the novel?

A: I sort of did and I sort of didn’t. Originally I wanted to go back in time and never jump forward, but I realized there were questions that needed answers.

I wanted the end to be Benjamin’s voice, but I couldn’t get it right, and I wanted to do a chapter when Liesel lives in a very nice Rudolf Steiner facility for the developmentally disabled, but I couldn’t pull it off…

I wanted to go backwards—when you meet people in a very contentious divorce and you see them at the end, you want to know the backstory. What led them to the point of anger? That was part of the reason I wanted to go back. 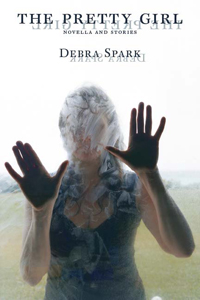 Then you go back, and every chapter would ask a question and the next would answer it but you’d keep on having questions. I plotted a lot of it, but then I kept getting confused with everyone’s ages. It was kind of complicated…

A: My phone, when it’s ringing, used to say “unknown caller”—it’s what would show up when Liesel would call late at night. Also, that she is the unknown caller…

Q: You write from the perspectives of many different characters. Were there some points of view you especially enjoyed exploring?

A: Completely Idzia [Liesel's daughter]. I loved writing her point of view. She’s the character I liked the most. She gets less stage time, but it feels like she’s the heroine of the book. 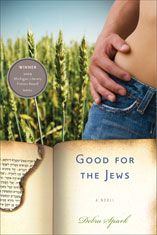 As much as I couldn’t write the child [Benjamin’s point of view], I don’t have trouble writing somebody in their 20s.

A: I’m doing stories, and I’m trying to finish up a book of essays on writing. I teach at Warren Wilson, and you have to give lectures. I try to turn them into essays, and I had collected the first eight and [a book] came out six or seven years ago. I almost have another eight.

I had an idea of working on a nonfiction book—I had volunteered at a soup kitchen here in Portland, Maine—tracing all the people who came on a single night: clients, volunteers.

I did 40 interviews with people in the community, and I did a lot of research. The book was not writing itself in my head. This was not working. I started writing fiction with the same material. All the stories are thematically connected. A character would be a homeless person, or organizing at a homeless shelter.

--Interview with Deborah Kalb. For a previous Q&A with Debra Spark, please click here.
Posted by Deborah Kalb at 4:55 AM