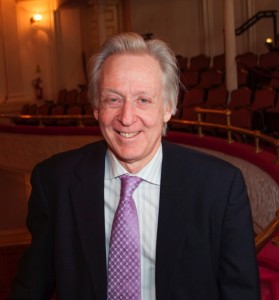 David O. Stewart is the author of the new novel The Babe Ruth Deception. His other books include The Wilson Deception, The Lincoln Deception, and Madison's Gift. He is a lawyer and is the president of the Washington Independent Review of Books.

Q: Why did you choose to focus on Babe Ruth for your third "Deception" novel rather than on another president?

A: Because Babe Ruth was Babe Ruth! He was an athletic god, funny and high-spirited, a man of the people with common – even crude – habits, a heavy drinker, a relentless womanizer, and such a legend that everyone in America STILL knows his name, nearly 70 years after his death. 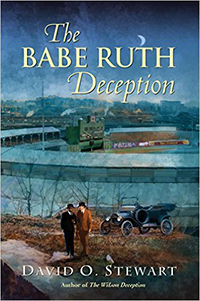 By writing about the Babe’s first two years with the Yankees, 1920 and 1921, I could capture the moments when the young prodigy remade the game of baseball, when the nation plunged into Prohibition and bootlegging, and when the Black Sox Scandal threatened to destroy organized baseball forever.

The real question is why I didn’t write a book about Babe Ruth sooner?

Q: The first two books were set a couple of decades apart, but the action in the third book takes place not long after the second book ends. Did that change the way in which you approached your main characters, Fraser and Cook?

A: The two continuing protagonists, Fraser and Cook, are well into their 50s in the second book in the series, The Wilson Deception. Skipping another couple of decades would leave me with rather frail heroes who constantly ask people to speak up and forget everyone’s name. 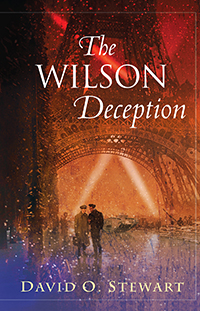 Placing The Babe Ruth Deception only a year later allowed for continuity in the somewhat fractious relationship between Fraser and Cook, and was much easier than the 19-year gap between the first two books.

Fraser and Cook have always been a mismatch:  a white physician from eastern Ohio with social pretensions and a black ex-ballplayer with a thoroughly justified chip on his shoulder.

In this book, they still find each other foreign in many ways, but begin to understand each other better – as the story forces them to do.

Q: Racial issues are again part of the plot, which includes an interracial love story. Why did you opt to include that relationship in the book?

A: One of the blessings of writing a series is that the characters have time to develop organically. Fraser and Cook have given me an opportunity to explore racial issues which still press on Americans a century later. 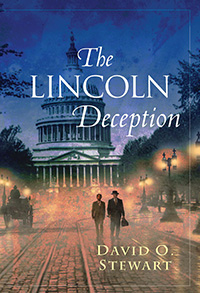 By framing those issues in an earlier time of unfiltered racial hostility, I hope to encourage some insight and reflection about how those issues can still linger.

The romantic issue grew organically from the Fraser and Cook connection, and interracial coupling has always been part of our racial culture; ask Thomas Jefferson. Finally, it’s never wrong to add sex to your story.

Q: In the author’s note, you write, “Any history writer must take a deep breath before straying into the field of baseball history...” How did your research process differ this time around?

A: I gloried in reading the contemporary sportswriters, who wallowed in the purplest of prose as they strained to relate the quotidian events of the athletic contest before them.

Heywood Broun, Ring Lardner – these were GREAT writers and it was a hoot to read them wax rhapsodic (and then some) about the Babe. 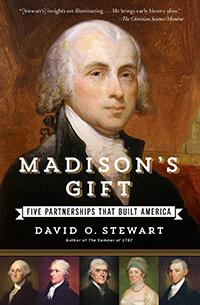 The Interwebs provide an amazing resource for grunt-level baseball research.  Every box score of every game from the 1920 and 1921 seasons is available online, plus play-by-play descriptions of every World Series game in those years.

If I’ve made any errors in describing those events, I’ve only got myself to blame.

A: I’m currently hip-deep in a non-Fraser-and-Cook historical novel, and have just opened conversations with my editor at Simon & Schuster about an idea for a non-fiction effort. Fingers are crossed (on both).

A: I’ll be talking about The Babe Ruth Deception at the Oakton, Virginia, library on Nov. 7 at 7pm (and, if the stars align, might even be passing out Baby Ruth bars).

I also will be signing copies of the book at the University Club’s Authors Night and Book Fair on Nov. 30, between 5:30-8pm on 16th Street, N.W., in Washington. I hope to see old and new friends at both!