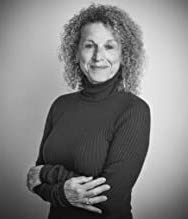 Molly Golubcow is the author of the new book The Hotel on St. James Place. It focuses on growing up in her family's Atlantic City, N.J., hotel. Her work has appeared in a variety of publications, including Atlantic City Weekly.

Q: Why did you decide to write The Hotel on St. James Place, and how long did it take to write it?

A: I cannot remember the exact moment, but I always knew that I had to preserve my parents' stories about surviving the Holocaust. Then, when we were in the Seacrest Hotel, with all its colorful characters, I knew there was an additional story to tell about my parents and how juxtaposed their previous shtetl lives were against the backdrop of honkytonk Atlantic City.

I wrote the first story in the book in 2005. It’s been revamped several times and sets the scene for the rest of the chapters. So, it’s been in the works for about 15 years.

A: Most of the stories are true, or very close to the truth. I did some research to find exact dates and places during the Holocaust. In some cases, the exactness of the times did not match what my parents told me. Unfortunately, my mother died two years ago (98 1/2) and I could not confirm with her. 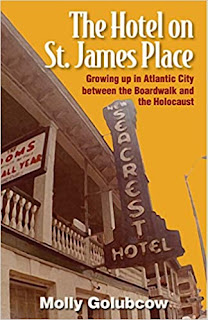 Q: What impact did those years have on your life, and how did writing the book affect you?

A: The hotel introduced me to people that many would call misfits or in many cases the "those people" in society. I think it molded me as a person who was not fearful of others that don't look exactly like me. I hope the book conveys that my parents taught me that lesson without having to literally spell it out.

A: I hope the book leaves readers with the following: 1) Never forget the losses of the Holocaust and the cruelty in general, and specifically, the personal experiences of my parents. 2) The unbelievable kindness and tolerance that my parents had for the people of the Seacrest and their strength, perseverance, and positiveness even after living through the unimaginable.

A: In addition to my magazine articles, I am working on a detective novel set in...Atlantic City, N.J., of course.

A: One of my father's expressions that he often would say in Yiddish, "Hitler was a strange matchmaker," sums up the book. As a result of the war, my father, and many others, were thrust into lives, places, and relationships that would have never happened if it weren't for the Holocaust. Case in point, The Hotel on St. James Place would have never been written.