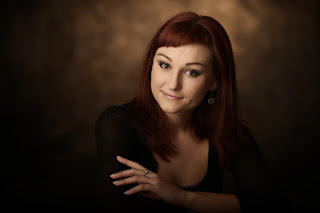 Kateřina Tučková is the author of the novel Gerta, now available in an English-language translation by Véronique Firskusny. Also a playwright, publicist, and art historian, Tučková lives in Prague and Brno, Czech Republic.

Q: What inspired you to write Gerta, and how did you create her character?

A: When I was 22 years old, I moved to a city district of Brno infamous for its ugly atmosphere and dangerous reputation—people call it Brno’s Bronx. I kept on wondering – why?

After living there for a few months and having conversations with neighbors, I found out this was the legacy of tragic events that had taken place there during the war years (World War II).

I literally uncovered the dark past of this district, once inhabited by Jewish and German residents, both of whom—although for very different reasons—were forced to leave their homes.

The neighborhood then lost its soul, and it was this aspect—the lack of spirit, the absence of old-timers—that attracted my attention, especially once I learned about the story of “Gerta.” The girl was about the same age as I was at the time, and had been expelled from her flat with a half-year-old baby, just because she was half-German, half-Czech. 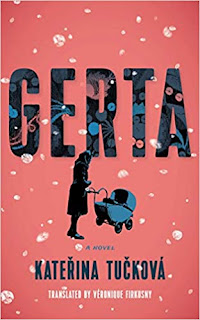 No one had investigated her guilt. I really wanted to find out more about her, and about others who shared the same destiny. The heroine in my novel, however, is fictional and her character is too, although her story mirrors historical events that took place in the aftermath of the Second World War.

A: The most important part of my research was talking with the women who had been expelled from Brno as children or as young girls during the terrible night of May 30 to May 31, 1945, in an act of revenge against the German citizens of Brno.

They walked in a crowd of 20,000, made up of old people, women, and children--in other words, the weakest and the most vulnerable—and those least involved with the war machine. It was a very cruel act of revenge, one that some 1,700 individuals did not survive.

What was most surprising and disturbing to me was the existence of a mass grave, which for years had been covered up. It is situated about 30 kilometers outside of Brno, and those who didn’t survive the march—the so-called Brno Death March—are buried there.

Q: How would you describe the relationship between Gerta and her daughter Barbora?

A: I would describe their relationship as very complicated. Gerta, raising her daughter in Communist Czechoslovakia, didn’t want her to feel stigmatized by having an awareness of her German origin, so she kept her family history hidden from her.

But certain things are impossible to hide, so a deep chasm of silence and misunderstanding opened up between them. Unfortunately, their relationship mirrors the family relationships that were described to me by the women survivors.

A: I hope readers, after becoming familiar with Gerta’s story, will give some thought to how blind hatred is and how unfair it is to take revenge on someone purely on the basis of collective guilt.

A: At the moment, I’m working on a book titled Bílá Voda, which again turns to unhealed wrongs that have taken place in my country.

A: Perhaps only that, in the end, we managed to come to terms, in a dignified way, with the dark events that took place in my birth city.

In 2015, the city officials of Brno offered the victims of the postwar violence an apology, the very act on which the heroine of my novel was so fixated. In the book, she doesn’t live to see this happen – and yet, surprisingly, reality brought about something that might be called a “happy ending.”