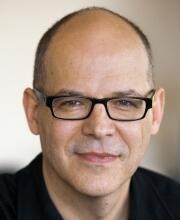 Fredrik Logevall is the author of the new biography JFK: Coming of Age in the American Century, 1917-1956. His other books include the Pulitzer Prize-winning Embers of War. He is the Laurence D. Belfer Professor of International Affairs and a professor of history at Harvard University.

Q: Why did you decide to write this biography of JFK, and how did you research it?

A: I launched in for three reasons, mainly.

First, the saga of John F. Kennedy and his times is really one of the great American stories, and one that has interested me for a long time.

Second, though we have a huge literature on the man and his family, and on various aspects of his presidency, we have remarkably few biographies as such, and not one that is up-to-date and that fully contextualizes his life within the remarkable era in which he lived.

Third—and anticipating the second part of your question—the available archival and other research material is fabulous. I knew from work on prior books that the collections in the Kennedy Library in particular were astonishingly rich, and I was eager to tap into them.

Happily for me, the Library is but a few miles from my Cambridge home, on the Red Line, and the 4th floor research room is a marvelously congenial place for a historian. The archivists are superb.

In addition, I found excellent materials in other collections, including the at National Archives, the Library of Congress, and the Choate Rosemary Hall Archives. And of course, like any presidential biographer I stood on the shoulders of other authors—as my bulging bookshelves will attest!

Q: You begin the book with a description of JFK in Berlin in 1939. Why did you decide to start there? 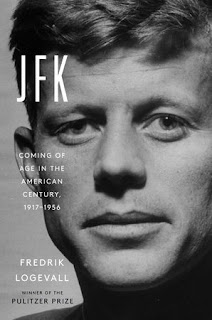 A: It’s a dramatic moment, with the German invasion of Poland just days away. And the vignette speaks to the young JFK’s international sensibility, a major theme in the book.

He traveled extensively, and often solo, beginning in 1937 and over the next several years; not since John Quincy Adams in the 1780s had a future president enjoyed this kind of global exposure and training at so young an age.

In addition, I argue that the wartime period, from 1938 when his father became U.S. ambassador to Great Britain, to the end of fighting in 1945, was hugely important to the development of JFK’s worldview and career path.

Finally, Berlin held a special place in Kennedy’s life, as a city to which he returned at key points, in 1945 and 1948 and finally in 1963, just a few months before his death. For much of his administration, the Berlin Crisis was a focal point of U.S. foreign policy.

Q: You write, "The JFK legend has obscured the real-life Kennedy, the workaday Kennedy, rendering him opaque and inscrutable." What would you say are some of the most common perceptions and misperceptions about him?

A: One misperception is that as a young man he was callow, unconcerned with anything other than having a good time.

In fact, from early on Kennedy was a serious student of politics, of statecraft, of history, with a particular interest in the challenges of democratic leadership. He explored this topic in his Harvard senior thesis, which became his first book, Why England Slept, a minor bestseller when it came out in mid 1940, just a few weeks after his graduation.

A second misperception is that his father dictated every move of consequence. In reality, JFK was his own master at key points in his life, from 1939-40 onward. Much more than his older brother Joe Junior, he proved willing to distinguish himself from the father, to see the world differently, to see politics differently.

And to Joe Senior’s credit, he always insisted on the right of Jack and the other children to chart their own course in life, including with respect to their worldview and their career choice.

Then of course there are claims about JFK that my book affirms: for example, that he was a womanizer; that he had charm in abundance, and was self-possessed; that he had a self-deprecating and highly developed sense of humor.

A: The Kennedys were a large and close-knit Irish Catholic family, idiosyncratic in some ways and not in others, and, by the late 1920s, extremely wealthy.

Jack was a devoted son. His father was the more dominant parental figure, but Jack inherited some of his most important traits from his mother Rose—he took after her more than he took after Joe Senior, inheriting her reticence, her international sensibility, her love of history and the written word.

Though deeply loyal to his father, he didn’t always trust his judgments, especially in the areas of political strategy and tactics. He also saw a more crowded and complex world than did the older man, and had a much greater feel for the intangibles in global affairs.

As for Jack and Jackie, their marriage was often fraught, especially in the early years. He loved her, and she loved him—notwithstanding the differences between them, they also had important traits in common. And they admired each another, which I think is key in any successful marriage.

But in the period covered by this volume (through 1956), he cheated on her frequently, and his work could be all-consuming. Jackie was alone for long stretches.

If it can be said that JFK followed in his father’s footsteps in these areas, it’s also insufficient as an explanation: after all, if he could separate himself from the old man in other areas of his life, it stands to reason he could have done so here as well.

Q: This is the first in a two-volume biography--can you say more about the second book?

A: Well, I can tell you the research is fascinating. At the moment I’m somewhat stymied, as the archives have been shuttered for the better part of a year. But I’m doing what I can, and hope to be back mucking around in manuscript boxes before too long.

The second volume will cover the final seven years of Kennedy’s life, when so much happens—for him and for the world. I hope readers find the material as absorbing and as revelatory as I do.

A: Yes, that I’m most grateful for this opportunity to speak with you!