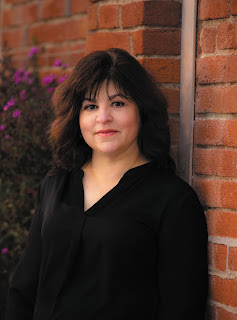 Heather Chavez is the author of the new novel No Bad Deed. She lives in Santa Rosa, California.

Q: How did you come up with the idea for No Bad Deed, and for your character Cassie?

A: I was picking up my daughter from afterschool care when we witnessed this boy, probably around 14 years old, get attacked by these two other kids about the same age.

The attack ended in seconds, the boys scattering before I could decide what to do, but afterward, I remember thinking: What should I have done? Call 911? Get out of the car? If I got out of the car, how would I keep my daughter safe?

Then after settling on that idea, my attention turned to the question of whose story was this to tell. I almost immediately thought of Cassie, someone who as a veterinarian and mom is a caretaker, but who also is prone to reckless behavior because of her complicated history. 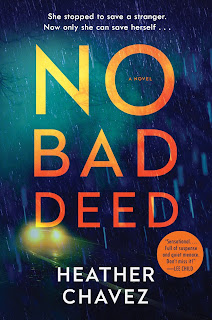 A: My novel evolved dramatically during revisions. It went from being a third-person story told from three points of view to a first-person narrative told exclusively by Cassie. But I always knew how the story would end. That said, I still revised the climax extensively, and that was the most challenging part of the book to get right.

A: In the scenes involving veterinary care and policework, I collaborated with experts in those fields to make sure I got it right. I wouldn’t say the information they provided surprised me exactly, but I would say these experts saved me from making a couple of embarrassing mistakes.

A: First, I hope readers are entertained. If I’ve accomplished that and nothing else, I’ve succeeded.

But one theme that was on my mind when writing this book is the duality of human nature: Good people can do bad things, and vice versa, and often those actions are determined by circumstance—and that the same act might be viewed very differently depending on who experiences it.

A: My next book is currently in edits. It’s another standalone thriller. Cleaning up after her wayward sister, Izzy, has long been Frankie Barrera’s job. When Frankie learns her truck was spotted at a missing girl’s house, she fears Izzy might be involved—especially since it’s not the first time Izzy has been linked to a missing persons case.

A: I once appeared on the Oprah Winfrey Show; I have a tattoo of my muse on my shoulder; and I’m definitely not a morning person, even though my day job forces me to be. Also, all social media and book links can be found on my website, heatherchavez.com.