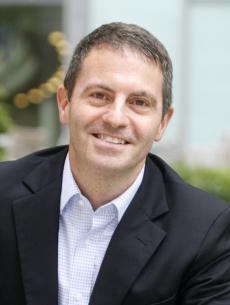 Christopher Capozzola is the author of the book Bound by War: How the United States and the Philippines Built America's First Pacific Century. He is a professor of history at MIT.

A: I remember reading in the news in 2009 that the U.S. Congress authorized the payment of equitable veterans benefits for surviving Filipino veterans who fought in the U.S. armed forces during World War II.

I recall being puzzled. First of all, who were these soldiers? How did they end up in American uniforms? And in a political culture that values our veterans, why had these soldiers been excluded?

As I dug into the archives, and learned that some 64,000 of the 76,000 soldiers on the Bataan Death March in 1942 were Filipinos, I realized there was need to record and share this history. But there was also an opportunity here to think about the U.S. military in a whole new way.

Q: You begin the book with a description of the Manila American Cemetery. Why did you choose to start there?

A: The Manila American Cemetery is an official installation maintained by the American Battle Monuments Commission. It is a beautiful landscape and a stirring memorial to the Pacific War. 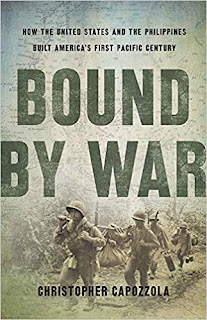 When you walk around there, it feels like a very American place, and yet it’s clear you are half a world away from Washington, D.C., where decisions were made that shaped the lives of Filipinos and Americans for generations.

It’s a place that helped me understand how war and military service bound the two countries together, starting with the Philippine-American War in 1898 and continuing all the way to the present.

Q: What do you see as some of the most common perceptions and misperceptions about the relationship between the United States and the Philippines?

A: For many Americans, the most common misperception is that the relationship between the two countries was brief—a mere coda at the end of a war with Spain. The Philippine-American War was a long and divisive conflict, like more recent wars in Vietnam or Iraq.

Some Americans never learned this, but what struck me is that millions of Americans know this history because they have lived it: soldiers who served in the Philippines from 1898 to 1946; sailors and airmen stationed at Subic Bay Naval Station or Clark Air Base; Filipino immigrants who built new lives in San Diego, Honolulu, or Virginia Beach.

During the colonial era, and then again during the Cold War, Americans were taught that the Philippines was our ally and Filipinos were our friends. That’s definitely true.

One of my favorite statistics is a 2014 opinion poll showing that 85 percent of Filipinos thought positively about the United States—higher than the percentage of Americans who felt that way about their own country!

But the full story is more complicated, and relations have sometimes been tense. Conflicts over economic relations, immigration laws, or the impact of U.S. military bases on the Philippines emerged consistently over the 20th century.

Filipinos have a fuller and richer understanding of America’s role in their country than Americans have of our connection to the Philippines. Addressing that imbalance could help the two countries in the future.

Q: What do you see looking ahead for the relationship between the two countries?

A: If you look at the headlines, which highlight conflicts over military relations and feature antagonistic rhetoric from both Philippine President Rodrigo Duterte and U.S. President Donald Trump, it would be easy to conclude that the ties between the two countries have frayed.

But if you switch from foreign policy to foreign relations, and consider all the political, social, economic, familial, and personal bonds that Americans and Filipinos forged together, it’s clear that the relationship between the two countries will remain strong in the 21st century.

A: I got my start as an eighth-grade social studies teacher, and I know that any book is only useful if a teacher can get a roomful of teenagers excited about it.

During the pandemic, I have been collaborating remotely with the Filipino Veterans Recognition and Education Project (FilVetREP), a nonpartisan nonprofit volunteer group, and Night Kitchen, an amazingly creative digital development company.

In November 2020, we launched Duty to Country (https://dutytocountry.org/), a digital exhibition and a teacher resource site. Duty to Country (literally!) animates many of the images, documents, and oral histories that helped me write Bound by War. Our aim is to make sure that no one in the future will wonder, why was I never taught this?

A: This is a history that couldn’t have been written from just one archive, whether in Washington or in Manila. I spent a lot of time in military, diplomatic, and legal records, but that wasn’t enough. This story had to be told with Filipino voices and Filipino sources.

I had the opportunity to dig through letters and diaries, to examine artifacts and weapons, to hear oral histories of immigrants, veterans, and political advocates. I’m thankful to people who recorded and preserved that history.