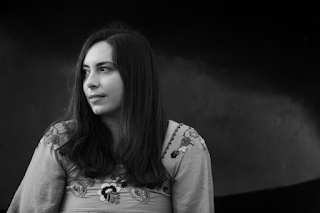 Alison Wisdom is the author of the new novel We Can Only Save Ourselves. Her work has appeared in a variety of publications, including Ploughshares and Electric Literature. She lives in Houston.

Q: How did you come up with the idea for We Can Only Save Ourselves, and for your character Alice?

A: We Can Only Save Ourselves actually began as a storyline in a different book; I had this vision of writing a novel with three separate but linked storylines, each about a woman in a different cult, but when I finished it, I realized I hadn’t quite pulled it off!

Things didn’t come together in the meaningful way I had envisioned, but I loved the women I had created and didn’t feel ready to abandon them altogether, so I decided I would pull the novel apart and work on the storylines individually and let each become its own standalone novel.

As I was thinking about different ways women are controlled by forces outside themselves, I arrived at the character of Alice Lange and her Manson-like group.

I researched more about the Manson family and was struck by a critical note that said the Tate and LaBianca murders marked the end of the ‘60s both as an era (the murders occurred in August 1969) and as an ideology: the Vietnam War was being waged overseas, but now violence was right there in the neighborhood, a nightmare breaking into their houses.

I thought about Alice running away from her idyllic neighborhood as a microcosm for that sense of security and control giving way. I think, too, as a mother, there's always a moment when you realize that you can't control anything at all, including things that can befall your children and, as they get older, the choices they make. 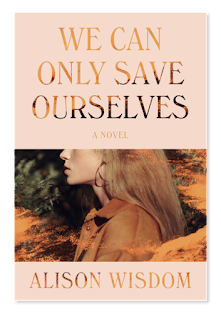 I wanted Alice to be both relatable and exceptional—everyone, I think, knows someone like Alice Lange, the perfect girl, but of course, that perfection is only an illusion.

The mothers in the book have to come to terms with the fact that Alice wasn’t who they thought she was while also grappling with the idea that they can’t maintain perfection in their own lives and their own home. I wanted to use both Alice and their neighborhood as instruments to deconstruct the mythology of suburbia.

Q: You tell part of the story in a collective voice, first person plural--why did you choose that approach?

A: Honestly, it started out as just instinct! When I start something, I usually have only an image or one scene or a voice—maybe I have a very general idea of the plot—and I try to hold it all loosely because who knows if anything will come out of it? I try not to overthink it; there’s plenty of time for that later, haha.

So I had an image of a man walking through a neighborhood, and when I sat down to write, the voice came out as a collective narrator. I thought, okay, let’s just do a few pages like that and see how it goes, just as an experiment.

Once I reread what I had written and felt like maybe it could actually work, I had to think about why that had felt instinctively right. Who were the people telling the story, and why are they?

A: Without giving too much away, it’s a line from the book, something the mothers say. This project didn’t have a title until the very last second when I sent the manuscript to my agent and I had to name it something. I’m generally pretty bad at titles, but as soon as I sent it, I realized this one might actually be a good fit for the novel.

Throughout the book, I wanted to create a parallel between the neighborhood and Wesley’s group of girls; their lives might look very different from one another, but the philosophies behind the choices they make are actually similar.

Both are insular groups who believe the world beyond themselves is dangerous and scary and they can’t take care of everyone; all they can do is look out for themselves. Wesley and his girls have one way of doing it. The women in the neighborhood have another, but the end result is, in many ways, the same.

A: I knew vaguely how I wanted it to end, where I wanted Alice to end up. But because this storyline began as a smaller part of a different project, I had to flesh it out a lot. The beginning stayed the same, the ending stayed the same, but the middle part expanded and deepened.

It’s like driving across the country—you know you’re going to start in California and end up in New York, but you linger in some places longer on the way.

A: I mentioned that We Can Only Save Ourselves started out as one of three thematically linked plotlines in one novel, and I decided to give them their own breathing room and let each story become its own individual novel. So that means I have two left!

The second novel is set in a fundamentalist religious community in central Texas, and the third, which is very, very unfinished, is what I would describe as a gothic novel about a haunted commune.

That one has a very long way to go, but I’m looking forward to giving it my attention once the pre-publication rush of We Can Only Save Ourselves dies down—and when my daughter’s school opens back up again, haha. In the meantime, I’m just enjoying the debut process and getting to share Alice and the girls with people!

A: I’m so thankful to everyone who has cheered me on, preordered WCOSO, added it on Goodreads, and taken the time to ask me fun questions like these! Come find me on Twitter at @alisonlwisdom and on Instagram @wecanonlysaveourselves, or if you want to see more of my non-writing life, at @alisonwisdom. Thanks, Deborah!!